Tottenham got completely annihilated and manhandled by a former Arsenal player. Serge gnabry put together one of the greatest Champions League performances I have ever seen. It was an absolute show throughout the entire match. We are finally getting to see his potential and promise we initially saw at Arsenal. Serge gnabry has had to work really hard to get where he is. After only getting limited opportunities arsenal he ended up going on loan at West Brom where they thought he was not good enough. The German super Talent eventually landed in Germany with Bayern Munich. However, he would have to fight to earn his place as he went to Hoffenheim on a loan to continue to develop. Last season he was given the opportunity with Bayern Munich for the first time. At this point, he seems like one of the best players in the Bundesliga. He had to wait his turn but in a champions league night against former Rivals Tottenham Hotspur in London he made them pay single-handedly destroying their spirit. The most outstanding performance in the Champions League in what was a 7-2 annihilation of the Premier League club that only continues to struggle. Serge gnabry was responsible for 5 of 7 goals truly one of the best single performances we have seen in the Champions League. He scored an astounding four goals and assisted on another as Bayern Munich keep pace in their group and at the moment look like one of the favorites for the competition. It was a performance that he will never forget it was absolutely magical. He is clearly developed into a world-class level player in Germany. It has taken him time to get to this level but he’s certainly here. Tottenham Hotspur made the Champions League final last season this isn’t some dumpster fire team on the biggest stage away from home in London Serge gnabry showed the entire world exactly what he is. It was a breathtaking performance of the highest order leaving the world utterly blown away.

Mohamed Salah continues to justify that he is one of the best players in the world. Liverpool we’re on the verge of utter humiliation. Mohamed Salah helps Liverpool open up a 3-0 lead in the first half in their Champions League game against RB Salzburg. who’s so far looks like one of the most underrated teams in the competition. With the Norwegian youngster Erling Braut Håland. He is absolutely Sensational and this RB Salzburg team has the potential to do real damage in this group. Liverpool despite having such a big lead in the first half started to slip taking the foot off the gas. RB Salzburg continue to chip away before they knew it Liverpool’s Mohamed Salah  team give up a three-goal lead. It was on the verge of absolute embarrassment. Liverpool’s have the so-called best defender in the world as well as one of the most active and ferocious attacks in World football. With all this being said how on Earth could they surrender a lead like that. Mohamed Salah saved them with a late goal in the second half that saw them hold off retaliation from RB Salzburg as they pick up three points in a match they very well could have lost. Mohamed Salah was a big reason why Liverpool got out to such a big lead and he was the reason they won this game. He came through when his team needed him the most and in this competition that is what it’s all about. Mohamed Salah has been an absolute factor in this competition over the last two seasons it is only going to continue this year with a two-goal performance saw his team pick up three points against a team that nearly did The Impossible. Mohamed Salah with Sensational performance during the Champions League this week and Liverpool should be grateful that their star showed up at the right time without Mohamed Salah Liverpool would be in big trouble. 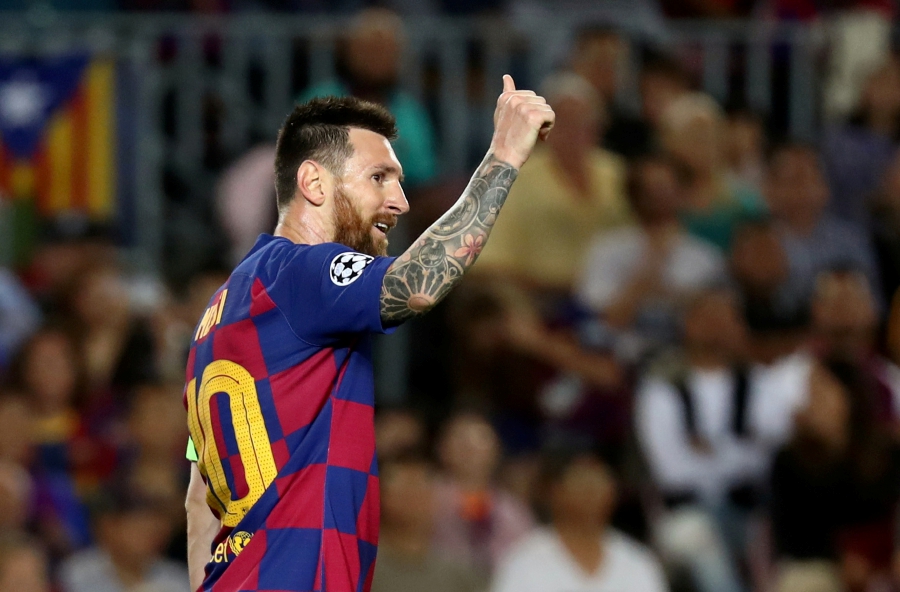 Leo Messi was one of the best performers in the Champions League this week the way he impacted The Game and his individual Brilliance largely impacted the results. Barcelona does not appear to be a great team this season and they’re going to require Brilliance from Lionel Messi for Barcelona to have any chance at a Champions League trophy this season. I believe they will eventually get it together and start playing better but at the moment it has not been an encouraging start for Barcelona. A 0-0 draw against Borussia Dortmund in the first match and they nearly could have dropped this match as well. This team continues to struggle in La Liga as well and they just not the Barcelona of years past. Nonetheless Messi came through in the biggest moments of this game that allowed Barcelona to turn the game around. Within minutes of the game starting  Martinez gave Inter Milan the 1-0 lead after 3 minutes. Inter Milan continued to look like the better team throughout especially in the first half while Barcelona look dangerous only in certain moments as they typically do Inter Milan seemed to have a somewhat control. Inter Milan were without question the better team over the 90 minutes but silly mistakes and a lack of discipline saw this game turn around. Leo Messi put together some unbelievable brilliance for Luis Suarez who scored a cracking goal to equalize. The impact he had through the Midfield into the attack was absolutely astounding he is the best player in the world for a reason. With the game in hand Leo Messi had a sequence of brilliance allowing Barcelona to open up the game and in the attack as you saw fluidity through long balls and short passing. Luis Suarez scored & second time but Messi initiated everything as Barcelona comeback to beat Inter Milan at the San Siro a match and a result they may not have deserved Messi had his moments and Inter Milan couldn’t do anything about it.