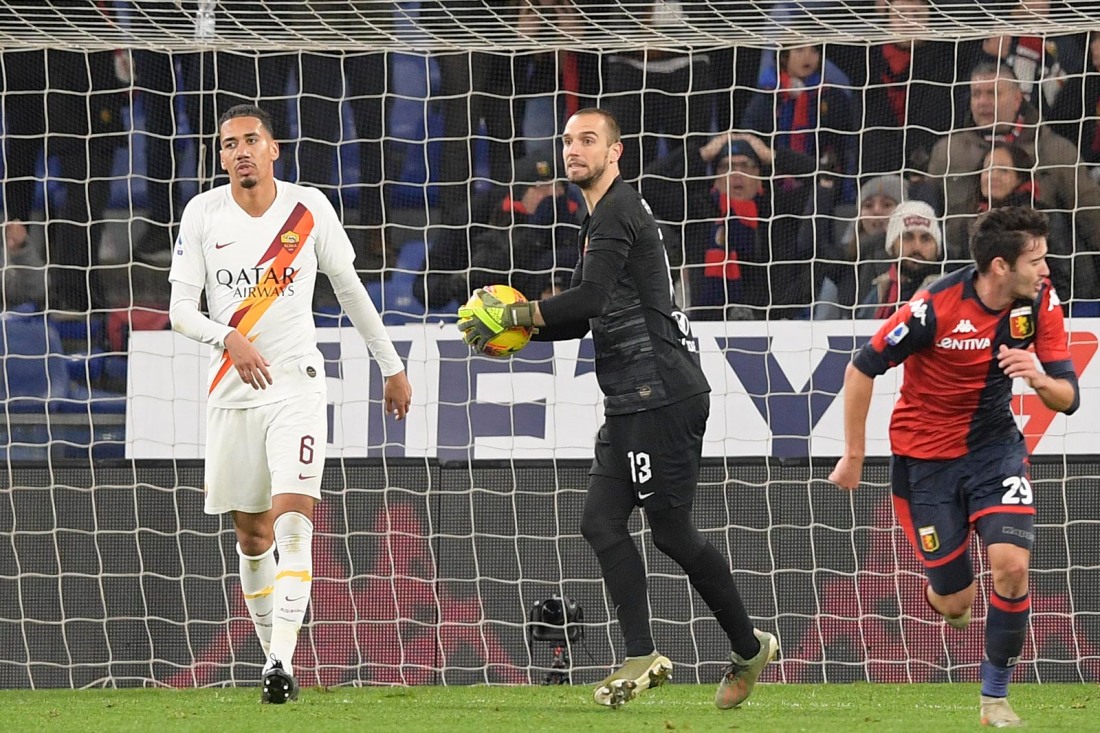 Pau Lopez has truly become the answer for Roma at the goalkeeping position. Last year this was one of Roma’s biggest problems. The absence of Alisson Becker really held a certain weight over Roma. Roma went for the cheap option last year after taking Sweden to the quarterfinals of the World Cup Robin Olson arrived in the Italian capital. It was trial by fire this wasn’t something that worked. Even though he had his moments it was clear from the very beginning that he was not good enough for Roma. Nothing against Robin Olsen because I think he’s a fine goalkeeper but Roma was a little bit above his standard. He sometimes struggles in the game’s most important moments. Pau Lopez turned out to be his replacement. The Spaniard has done really well in Italian Capital not only is he relatively young at just 25 years of age but he has the potential to be the number one option for Roma for the next decade. He has adapted to the style of football at Roma played and he plays a role in the attack as Roma is a team that like to play out from the back he plays a role in the attack he fits what they team does. Not to mention he is come through and some really big moments he’s had games that he hasn’t been at his best but he has yet to make a costly mistake that cost Roma goals something that Olson did seem to do quite frequently. He was one of the most outstanding performers over the weekend. Roma ended up beating Genoa in a 3-1 victory but when the game was in balance he made some really big saves that made the biggest difference. The save he made on Pandev was absolutely extraordinary. His header was heading into the back of the net before Pau Lopez made an acrobatic save pushing the ball underneath the crossbar to make a big save. Then after that he made another big save as well as a tremendous save at the very end. Pau Lopez may have not had a lot to do in their victory but when he was called upon he came through in the games biggest moment that is the difference between good goalkeepers and great goalkeepers. He is one of the best in the league when he’s at his best yesterday evening he was at his best in a very difficult place to play. He had proven match in and match out that he is the answer for Roma. He has been an incredible because of his intelligence and his ability to perform on a consistent basis. Roma’s defense all of a sudden has drastically improved it could be Chris Smalling and Gianluca Mancini developing a great partnership but Pau Lopez has without question played a role in Roma’s Improvement in that area. Goalkeepers need to perform when they are needed the most against Genoa in what was at the time a one-goal game he came through in really big moments throughout the game but when the match had its breaking point he was able to deliver. He might have only been asked to do very little but when that moment came he rose above it. Just another outstanding display from Romans Spaniard with Golden Gloves and the scary thing is Pau Lopez has only just begun his story in the Eternal City there will be plenty more for what we saw at the Stadio Luigi Ferraris Sunday. 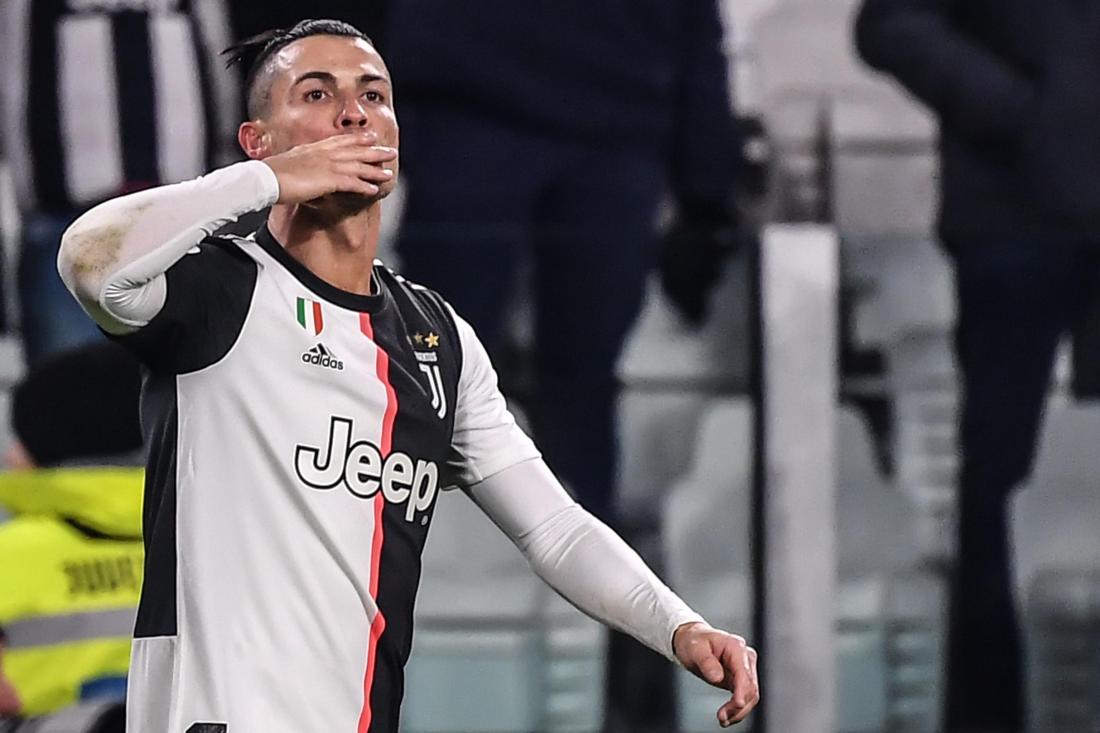 Cristiano Ronaldo just keeps on performing to the standard that we have expected to see from him over the last several seasons. I will say this again he did not start very well and even this season we have seen some deterioration. Despite this since after winter break he has operated at an incredibly high level. He has been a performer of the week for 3 consecutive weeks and on top of that Juventus really are starting to pull away from the rest of the pack as they just continue to win. They have now opened up a four-point gap at the top of Italian football. Paulo dybala may have been the best player on Juventus this season but Cristiano Ronaldo is really starting to perform to the level we expect from him. He had such a insufficient start to the season there was a point in time in which it seemed like the only goals he was scoring was from the penalty spot. He had performances that really questioned if he still had it. However he has turned the corner this season and at this rate he might be on this list for the next six weeks. He started slow but he is finally found his footing and is really looking like the best player in the league at the moment. He is no longer in the conversation for the best player in the world but he still as good as any player going right now. He has completely turned his season around after a very rugged start to this campaign he has 16 League goals the season if you remove penalties he had the same amount of goals as Immobile this season who has been glorified by the Italian media. Argument can be made that Cristiano Ronaldo since December has been the best player in the entire league. While Paulo dybala has probably been the best Juventus player from start to finish this season Cristiano Ronaldo is right there. In a very tough game against Parma who had just lost in the cup earlier in the week Cristiano Ronaldo happened. It didn’t happen without the help and assistance of Pablo dybala but he came through in some big moments. He scored the game’s first goal with an outstanding run and strike. Then what seemed like a minutes after Parma had equalised Cristiano Ronaldo would score again what another multi-goal game this season. It truly has been a sensational turn around. he is playing at such a high level in season there’s no debate that Lionel Messi is the best player in the world but there were times this season that Cristiano Ronaldo was not in the top two. He certainly has reclaim that Juventus all of a sudden look like a team that is destined to win the league again they have greater winning intangibles than any team in the league this season and that’s largely due to Cristiano Ronaldo and his experience at the high level. After a poor start he is certainly back and he’s back with a bang he is turning 35 years old and he still operating at a ridiculous level forget the first half of the Season it was horrible however all of a sudden he was on fire and he just cannot stop scoring. These aren’t just penalty goals these are legitimate goals and when you look and evaluate everything you’ve seen this season at least since January He is performing at an incredible Peak especially given his age. 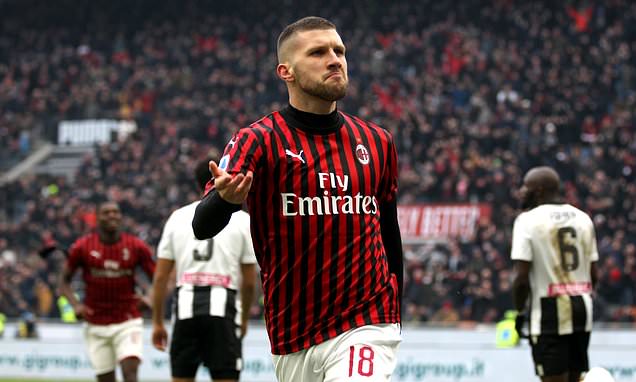 Anton Rebic played a big role in Croatia getting the World Cup final two years ago in Russia. Since then he has been a hot commodity and a lot of big clubs were trying to get their hands on him. Eventually that moment passed and Milan ended up getting him on a loan deal. He had been in Italian football before with Verona and Florentina for barely played for either Club. He rediscovered his football at Frankfurt. He has made little to no impact the season and it looked like a questionable signing at many points throughout. He had yet to prove himself in Serie A and was starting to look like a flop. However this weekend in a really big game he had his breakthrough moment. Earning himself as one of the performers of the week for the first time this season. He scored twice as Milan win back-to-back matches. He still has a long way to go before he proves himself on a consistent basis in this Milan team but after the performance this weekend Milan certainly will feel like they will have a sense of Hope that he can fulfill his potential and become that player they’re counting on him. He’s got a long way to go but it was a pretty special performance has he will now have some confidence to continue to perform. at the World Cup a few years ago he was absolutely unbelievable Milan need to try to get the get him to play at that level. He needs to be able to perform like this at least somewhat consistently in a really tough match that he played a starring role this was a fabulous start to an otherwise rough start.

DONKEY OF THE WEEK: Napoli 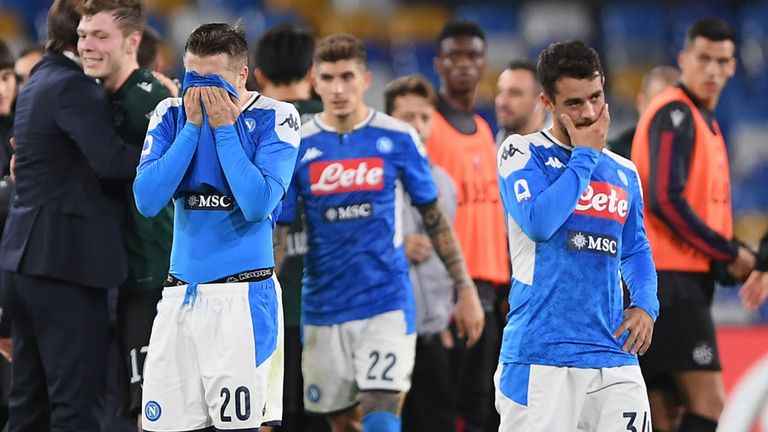 Napoli is on the verge of utter chaos they just can’t seem to fix their issues. Once again they are my donkey of the week they’ve gone through changes they’ve changed the manager and still they are getting the same results. This problem seems to be not fixable at the moment and they are having one of their worst seasons in history. Napoli is a team that has consistently gotten into the Champions League at least over the last several years and have pushed Juve several different times for the title even though they ultimately were unable to win the league title during those years. Napoli is a team that is never an easy out. This year teams are showing up and beating them regardless of positioning they have struggled immensely all season. This is a team that is mentally broken there doesn’t seem to be a cure for what they have. Napoli coming into the season was one of the favorites to try to dethrone Juventus at the top of Italian football right now they’re not even close to even making the Champions League. They currently in 12th place on level with points with Florentina who has issues of their own. This is inexcusable. Napoli are now 13 points from Champions League football. This is the team that was expected to give Juventus a run for its money they’re not even going to get into Europe and they continue to underperform and let their fans down on a consistent basis. This weekend against Florentina it was no different whether it’s Gattuso or it is Ancelotti this team is a utter disaster and has been the a year Napoli fans will want to forget. I’m not sure if it’s a locker room problem or an ownership problem but something’s got to give they have quality all over the place. They have embarrassed this season. Not only are they not fighting for Champions League they will miss out on Europe all together. Napoli need to blow this thing up and try building this thing again because whatever this is it ain’t working I have given them the donkey the week more frequently than any other team this season and at this rate it’s only going to continue they are so far from where they’re supposed to be it’s just pathetic.