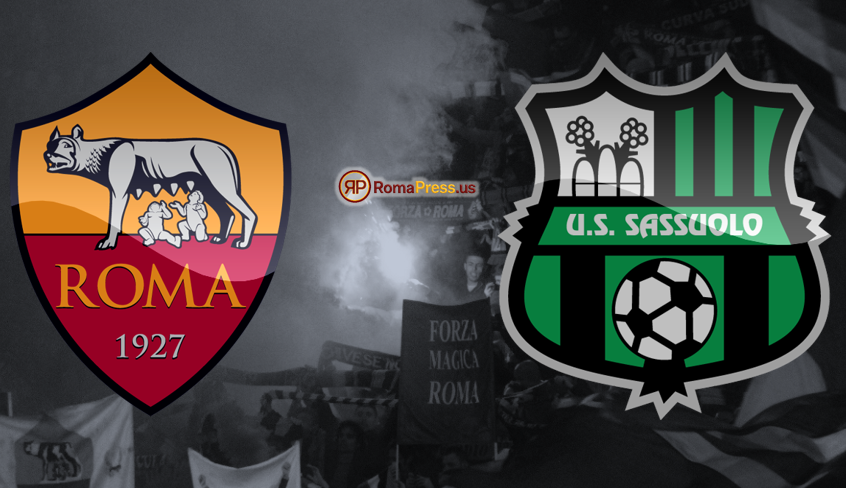 Roma is coming off a draw against Lazio in the derby in which they dominated as they will go into this match on Saturday with a lot of confidence. After Sunday’s matches, we got the unfortunate news of the passing of basketball legend Kobe Bryant and his thirteen-year-old daughter Gianna in a tragic helicopter accident. He was a proponent of Italian football and Sassuolo will probably honor him in some way prior to the match. Roma will be traveling the Mapei Stadium to take on sassuolo for the second time this season. They have an unbeaten record against them over the last several years as Roma are looking to expand on that. Earlier this season when the two teams played at the Stadio Olimpico Roma ran through them in what was a 4-2 victory for Roma which was largely led by Lorenzo Pellegrini three first-half assist. Roma absolutely ran through them on that occasion. They aren’t the same teams from that matchup at the very beginning of the Season. Roma has the opportunity to complete a season sweep of sassuolo. They have been more or less a mid-table this season but have not had the same consistency as they had last year in which they finished in the top 10. They are a capable team of beating anyone when they are on form Roma will present a certain level of challenges that will make things difficult. Meanwhile, Roma continues to try to fight for that Champions League spot. The Romans play Atalanta very shortly and need to pick up as many points as possible before that game. Roma is the favorites and should get the job at done away from home on Saturday night. However, in this league, anything can happen. Will sassuolo managed to pull off the upset and snap Roma’s unbeaten streak against them or Will Roma handle their business as they desire to keep Bay with a Champions League race in the balance. We’ll find all that in more when these two teams go to battle on Saturday night. 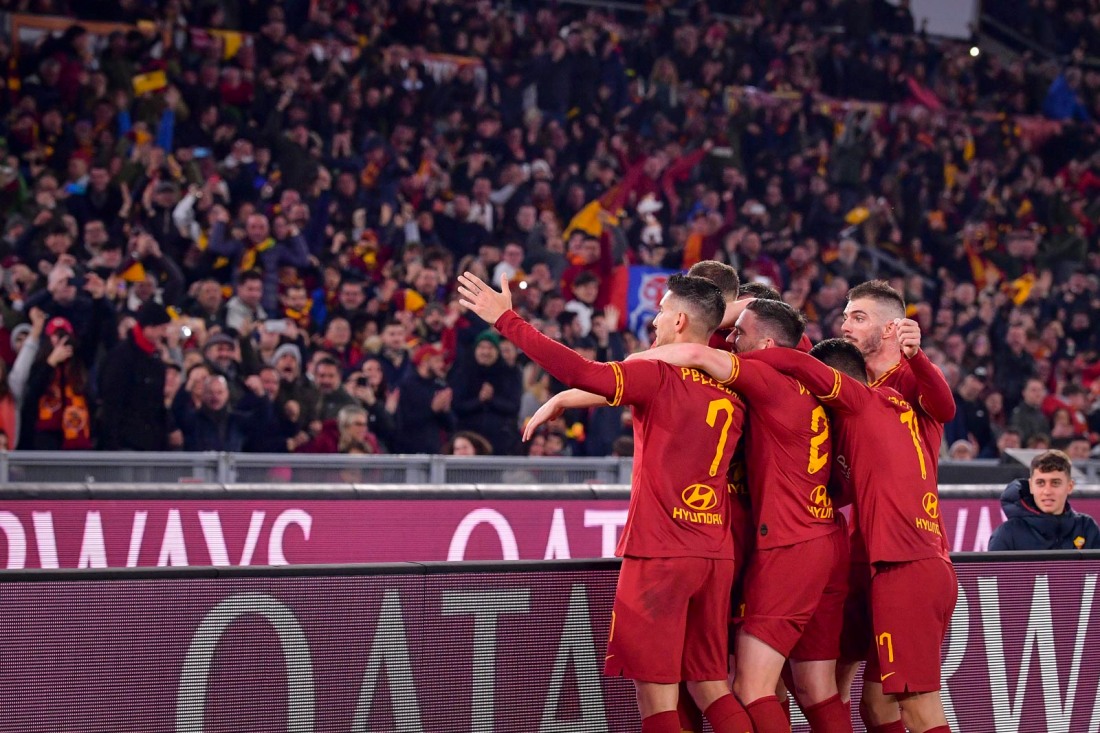 Roma will be largely expected to come out of their usual 4-2-3-1 formation a setup they have used all season. Over the last couple of weeks Roma has signed Defender Rodger Ibanez midfielder Gonzalo Villar and Carles Perez it’s unclear whether or not they will be available for the match on Saturday. In goal will be Paul Lopez as he is looking for a rebound performance after making a huge error in the draw with Lazio in the derby. The backline should stay more or less the same with maybe a few adjustments. Roma Captain Alessandro Florenzi has been sent on loan to Valencia until the end of the season but has no buy option he is longer a part of Roma’s defensive setup. With that being said at left-back should be Alex Kolarov beside him we are likely to see the center-back partnership of Gianluca Mancini and Chris Smalling then at right-back should be Leo spinazzola. The defensive Midfield Duo should be the same with Jordan veretout and Bryan cristante as Roma continues to deal with the absence of Diawara due to injury. In the central position of Roma’s attacking Midfield should be at Lorenzo Pellegrini. On the left-wing, we will see Justin kluivert then on the opposite side on the right-wing Cengiz Under. Upfront as the main Striker none other than edin Dzeko who will be looking for his 100th Roma goal. Roma will have options on the bench with Diego Perotti others.

Sassuolo is a strong team with a great manager in Roberto De zerbi who may be the most valuable part of this team. The team is struggling since their hot start to the season a very real challenge will be coming to them on Saturday. They typically play the 4321 formations There will be adjustments made for the most part In goal there should be no change with Consigli patrolling the goal. At left-back, we should see Peluso with the center-back partnership of Santos and Ferrari with Mulder right back. The defensive Midfield Trio is very strong with Ronaldo Vieria Obiang and Locatelli. In the center-forward position right behind the strikers is likely to be Traore who is a cracking player. Then be incredibly formidable Berardi and Caputo as the strike partnership. The key player has to be Berardi providing he is as inconsistent as any super talent type player in Italian football for his team to win this game he has to prove he can put in another stellar performance. 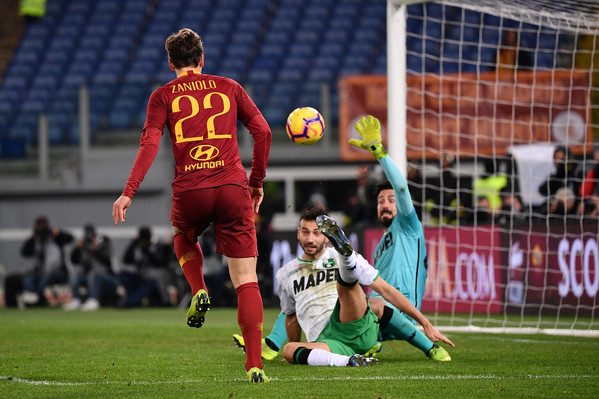 Roma has not been at their best since the end of winter break. They struggled out of the gate and some of the momentum they had going into Christmas got stripped from other of them on top of that they lost Nicolo zaniolo and Diawara to injury who were two of their most in-form players at the time. A very convincing draw last weekend in the derby against the Lazio should give them a sense of confidence going into this game. Before that match, Lazio had won 11 games in a row. Roma was able to dominate a self-proclaimed Lazio team that the media has fed into. Roma was the best team from the very first minute and quite honestly if they had finished more precisely in front of goal and they would have won that match. Meanwhile sassuolo if not in an ideal situation right now. They are a team that has finished in the top 10 two years in a row. Francesco De zerbi has been a revelation for a team that has often overachieved. However this season they find themselves in 15th not quite in a relegation battle but if you’re not careful they could get dragged into one. Roma ran through them in the first meeting the hosts will try to prevent that happening again. Historically Roma has done really well in this fixture something that should concern sassuolo just a little bit. Roma will be heavy favorites going into this game and rightfully from top to bottom, they are much more dangerous team this season. Roma is a team that is fighting to get back into the Champions League and now that they have that confidence that is going to make things are really difficult on sassuolo. edin Dzeko may be the one to watch in this game last weekend he scored his 99th Roma goal and he should be inspired and driven to get his 100th goal. Not to say normally wouldn’t be but there might be just a little bit more motivation than usual. On top of that, the Midfield will prove to be crucial that is how they carved them open in the first meeting and I think they can do it again. Lorenzo Pellegrini had his best game of the season was against them in which he had three assists in the first half of that game. He is the Difference Maker and to add to that the defensive Midfield has performed well despite being without Diawara. This is an explosive team with speed all around the place as well as athleticism. With Justin kluivert on the wing along with Cengiz, they should be antagonizing to deal with. The Turkish star is started to find his way into the team in what is really dangerous especially against a team that has struggled this season. I’m not sure they will dominate to the same extent as they did earlier this season because that just was a brilliant performance. Roma will pull away and get a massive three points. If sassuolo is going to have a chance in this game it’s going to lay on the shoulders Berardi and Caputo the issue for them is going to be creating chances Florentina that just signed Alfred Duncan it is going to be difficult to try to recreate the creativity he brought into the team. Sassuolo has the talent to stay in this game but Roma is just too much to overcome I see the Romans going into the Sassuolo and leaving with three points as they continue to build on their impressive performance last weekend. 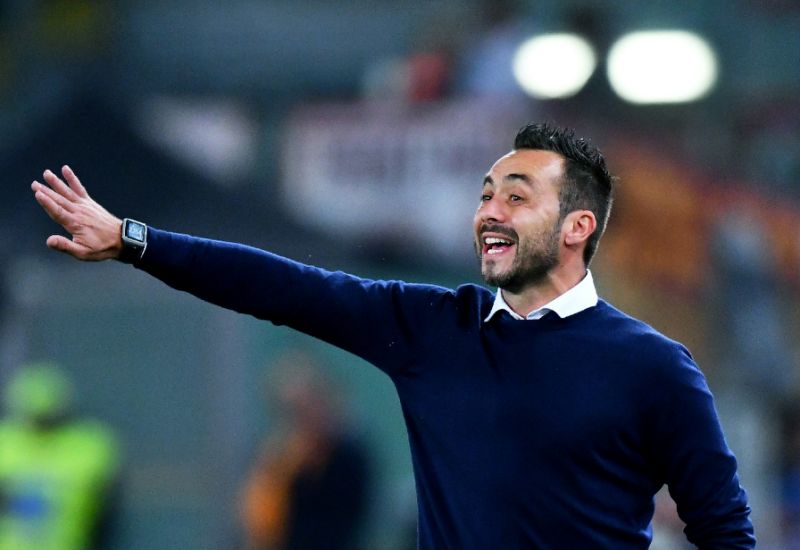 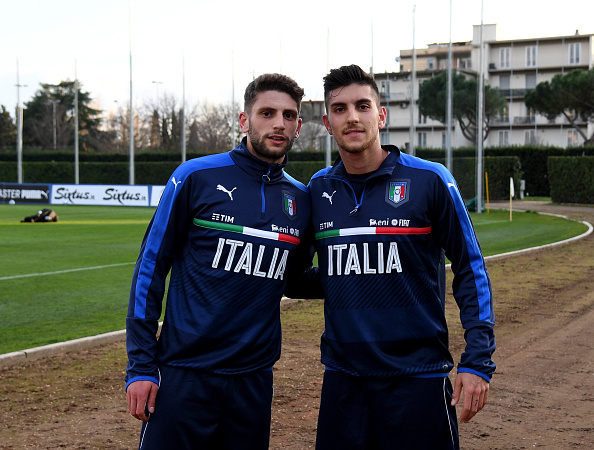 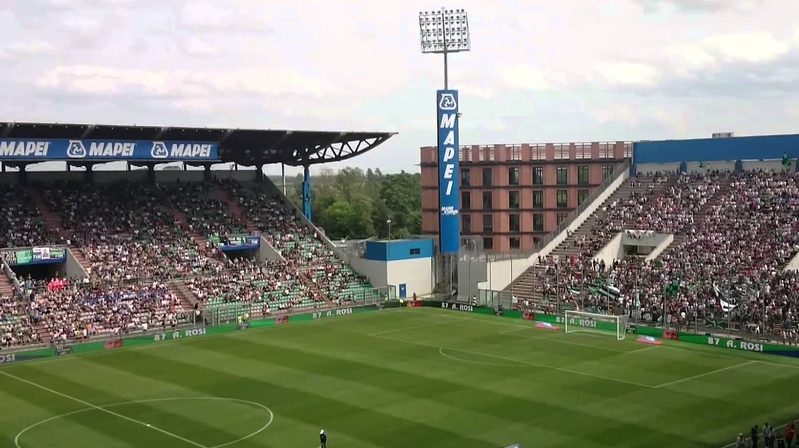