Duvan Zapata was the league’s best player last season. Anyone who thinks otherwise is fooling themselves. He came through in the biggest moments scoring against the biggest teams Italy has to offer and was the driving force behind Atalanta making the champions league for the first time in club history. Last season he was a revelation and just on a different level than everybody else. There was the criticism that he could not do it again and that it was just a fluke early in this season he proved that as he started the year in great form. Unfortunately, he suffered an injury early in the season and only has recently come back. Last year he was featured on my list nine times which was more than any other player. He makes his second appearance on this list. Josip ilicic has done a tremendous job filling in for him in his absence having scored the highest goal total he has ever had. However, in a big match for Atalanta duvan Zapata came through in the big moments. He had returned to action just a few games ago but has yet to make that symbolic moment. Atalanta had an opportunity to reclaim their spot in the Champions League with Roma losing earlier this week away at sassuolo. They are level on points but Atalanta had beaten them already this season and will have another match against them in two weeks’ time. All they needed was one point against a Genoa team that is in the relegation zone. Atalanta had some opportunities to extend and create some separation from Roma they were unable to do that but in light of that duvan, Zapata came through and delivered to the level we have seen from him during last season. It was a tough match in a 2-2 draw against Genoa but the Colombian Striker made a big difference. He orchestrated both of the goals as he supplied vision & passing ability earning him two assists and 61 minutes. He was one of the most outstanding performers this week and after a slow start to the season that was shortened by injuries, it looks like he’s back to doing what he’s capable of. last year’s best player has only played 12 games this season in those 12 games he has seven goals and five assists a pretty remarkable turn out for such a low number of games. I have a feeling this is just the beginning and the Colombian Striker will show the league that he still is the real deal and the most dangerous player in the league when in form. Sunday’s performance was a great first step to achieving what he is capable of. 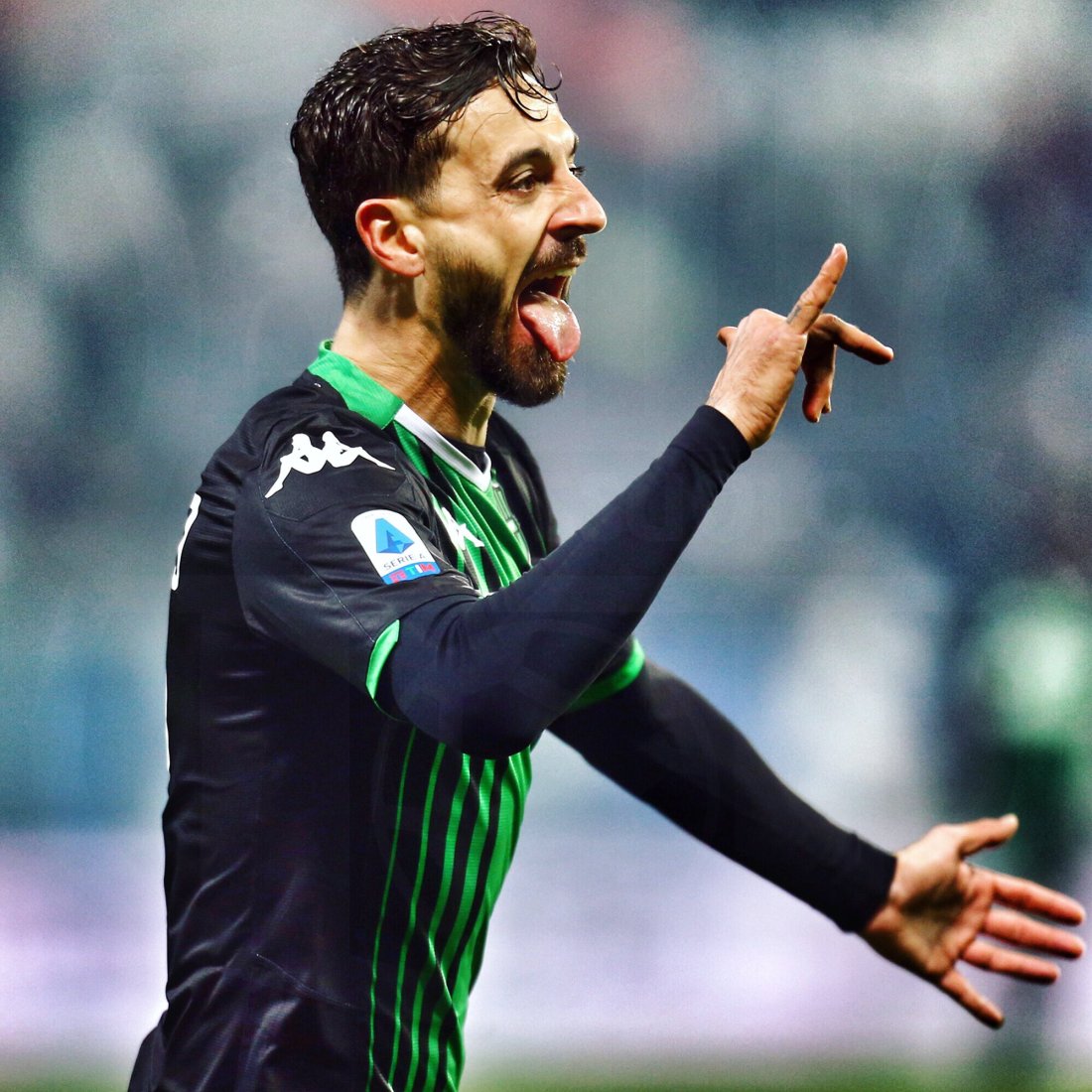 Francesco Caputo was one of the best performers in all of Italian football over the weekend. Without question one of the performers of the week as he was the driving force behind a huge upset as sassuolo beats Roma for the first time in their history. In six meetings between these two teams, Roma had only dropped one point. Even more so they have significantly struggled at home against them registering just one goal in six matches. Roma went into this game as heavy favorites and rightfully so top-to-bottom a much more talented team that did not matter or reflect on the performance of Francesco Caputo. He scored two goals in the opening 30 minutes of the match as his side opened up a 2-0 lead against Roma. He was brilliant found space to be effective and was a danger throughout the entire game. He really showed his qualities and a massive victory for his Club. Francesco Caputo has become one of the most underrated Strikers in all of Italian football. After scoring 17 goals last season with Empoli as he did everything he could to help them escape relegation he made the move to sassuolo. They were questions in regards to whether or not he could score on a consistent basis for a team who had the ambition to finish in the top 10. While the team has struggled to achieve that so far this season he has been the team’s best player and with the sale of Alfred Duncan he has stepped up and taken on that role. Against Roma they had no answer for him he got into space constantly and couldn’t control his speed and athleticism to get in the right spots to finish off to Fabulous goals. A two-goal display takes his 10 goals this season in. If they can get a more consistent output out of him on a regular basis they have a realistic shot to finish any top 10 once again. He has quietly had a deadly season having made the list for the third time he showed his ability to come up in the big moments that was on full display this weekend as sassuolo got a historic victory that he had his Footprints all over. 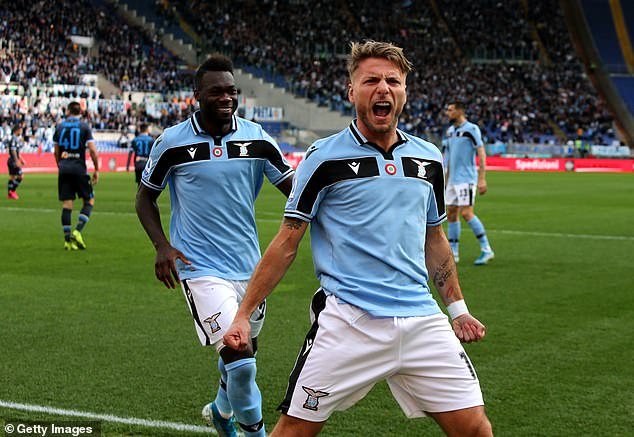 Ciro Immobile continues to be the best player in the entire league this season. He has a good chance to break the goal scoring record set by Gonzalo Higuain several years ago. He has been on just another level this season. He does take a boatload of penalties but nonetheless, he has been nothing short of sensational. He has 24 goals already this season and just continues to build on a terrific campaign. This is the fourth time this season in which I have notified him as one of the best performers of the week. This week against a spal team that was desperate for points they just could not stop him. On top of all that he scored twice in a 5-1 victory getting revenge on the relegation team that had previously beat them earlier in the season. Last week they did not look good at all against Roma and are quite honestly very fortunate not to have lost the Derby however they have more than made up for it as Immobile puts on a show once again. He scored two goals in this game one of them that left my jaw on the floor. As the striker scored one of the best goals we have seen all year. On a breakaway he caused the goalkeeper to come out of the box to try to attend to the attack. The striker then went outside as the goalkeeper and defense followed him closing the gaps that he would have to shoot from distance. That did not bother him Immobile struck from a nearly impossible angle with the goalkeeper and defenders in his space the ball curled hit the post before going into the back of the net. Like I said it was a truly Sensational display but that goal, in particular, chose the outrageousness of his season so far. Lazio rebounded from an abysmal performance last weekend and delivered as they try to continue to strengthen their case for the scudetto. Point blank Ciro Immobile has been the best player this season and it doesn’t look like he’s slowing down.

Torino is an utter disaster and on the verge of collapse. I said this last week but it just doesn’t seem strong enough. Torino set about 10 points from the relegation zone and even though I find it rather unlikely that they will be dragged down there if they continue to play without desire and with miscommunication things could get very interesting. This is a team that almost made Europe last year. They were one of the best defensive teams in all of Italian football and look like a team that could build on what they had done and takes it into the future. A year later they don’t even look familiar to what we saw last season. The manager is on verge of being fired the defense that gave all sorts the team’s problem last season is now welcoming goals on a consistent basis. They are leaking so many goals as their defense has no hope for itself as they continue to get battered every single week. This is a team that had expectations for the season finishing in the top 10 would have been a success getting dragged down to the relegation zone actually isn’t impossible. Fortunately for Torino, they are just not bad enough to get relegated but they are shambolic. Roma was absolutely terrible this weekend even so Torino managed to be the biggest donkeys of the weekend. They get the donkey of the week for the second week in a row. After being absolutely throttled by Atalanta it just seemed like it couldn’t get any worse. When I say throttled I mean throttled it was it 7-0 in that game. Atalanta is one of the most explosive attacks in all of Italian football there are a million ways in which they can hurt you on the defensive end. They have weapons all over the place and makes huge differences in games. It has a team full of stars. While the number of goals they scored in that match was surprising the result was not Atalanta is a great team that is fighting for Champions League football. This week they got throttled by a team who was on a level with points to the relegation zone. Leche is a team even though they’re capable of picking up points are in a relegation battle I do think they will survive this season but it will be a battle to the end. You would think this would be the game that Torino turns it on and start changing their fortunes nope! They got annihilated 4-0 to a team that is just three points above the relegation zone. Not only that this is the second time that they have lost to this exact same team. Lecce does not have world-beaters on their team the quality that Torino has, especially upfront is way more formidable. This was their opportunity to start picking up some form and even in a game with a relegation level team, they got crushed. At this rate, they’re only going down this season.