Roma saw their unbeaten streak reach 7 games after beating Torino away from home. This match confirmed Europa League football next season as it will go straight into the group stage during next year’s campaign. The Romans will finish fifth place this season. Roma just has one more match before the season is concluded and they can prepare for the Europa League campaign that will follow it. They will return home to the Stadio Olimpico as they will host League champions Juventus for the third time this season. They lost a close one in the league and also fell short in Coppa Itiala this will be the third meeting between these two teams. However, on this occasion Roma should be the favorites going into this one. Neither team really needs the points as Roma will finish this season and won’t lose their position and Juventus have already secured the league title and have nothing else to play for. Juventus manager Sarri has threatened to play is the under-23 team after being frustrated with the hectic schedule. This makes Roma the favorite. Roma is operating on high momentum and confidence. Even though the match doesn’t mean a lot per se Roma wants to end their season on a high note extending their unbeaten run to eight games. Roma has Sevilla in the Europa League after the season and wants to go into that match up on fumes. While Juventus will be resting everyone for the Champions League. The lineup that they put out it’s probably some that we won’t recognize. Because of this Roma will have the advantage across-the-board if they do indeed play their under-23. Will Roma continue their unbeaten Coast to another three points or will Juventus is under 23 team find a way to get something from this game. here we go the final game of the Serie A season is Among Us as Roma and Juventus end the season on a Saturday night in Rome.
A.S Roma
Paulo Fonseca in all likelihood will play a similar in the 3-4-2-1 formation. Like I said they need to have as much momentum as possible going into the Europa League round of 16. In goal for Roma will be 3rd choice Daniel Fuzaro Center back will likely consist of Alex Kolarov on the left, Chris Smalling in the center who may be playing his last game for Roma but we certainly hope they can get a deal done. Then on the right should be Rodger Ibanez if I remember correctly Gianluca Mancini has accumulated too many Yellowcard and will miss the match which is perfectly fine as he can rest for the match against Sevilla. In front of the back line, as usual, will be Leo spinazzola as the left wing-back and Bruno Perez as the right went back. In the defensive Midfield, we should see the usual pairing of Jordan veretout and diawara. In the attacking Midfield should be on the left henrikh Mkhitaryan then on the right it will either be Carlos Perez or Nicolo zaniolo. Because of the lack of importance, I think it’s highly likely Nicolo zaniolo will get to start however even with that being said Paulo Fonseca might want to keep them fresh. It will be those between those two on the right but I would guess Nicolo zaniolo start. Then up front, as Roma Central Striker will likely be edin Dzeko as he attempts to make more history. But since the game is not as important it is possible Nikola kalinic gets the start. But I still think the Bosnian is likely to get the nod. Romo also has options Off the Bench. The key player for Roma will likely be Chris Smalling whether or not his Roma career continues after the season ends is up in the air so he’ll really be motivated to put in a really great performance and what could be his last game. However, we are all hoping Roma can get the deal done and sign the Englishmen on a permanent basis but you never know what happens in football so I think it’s very possible Chris Smalling has superb performance. 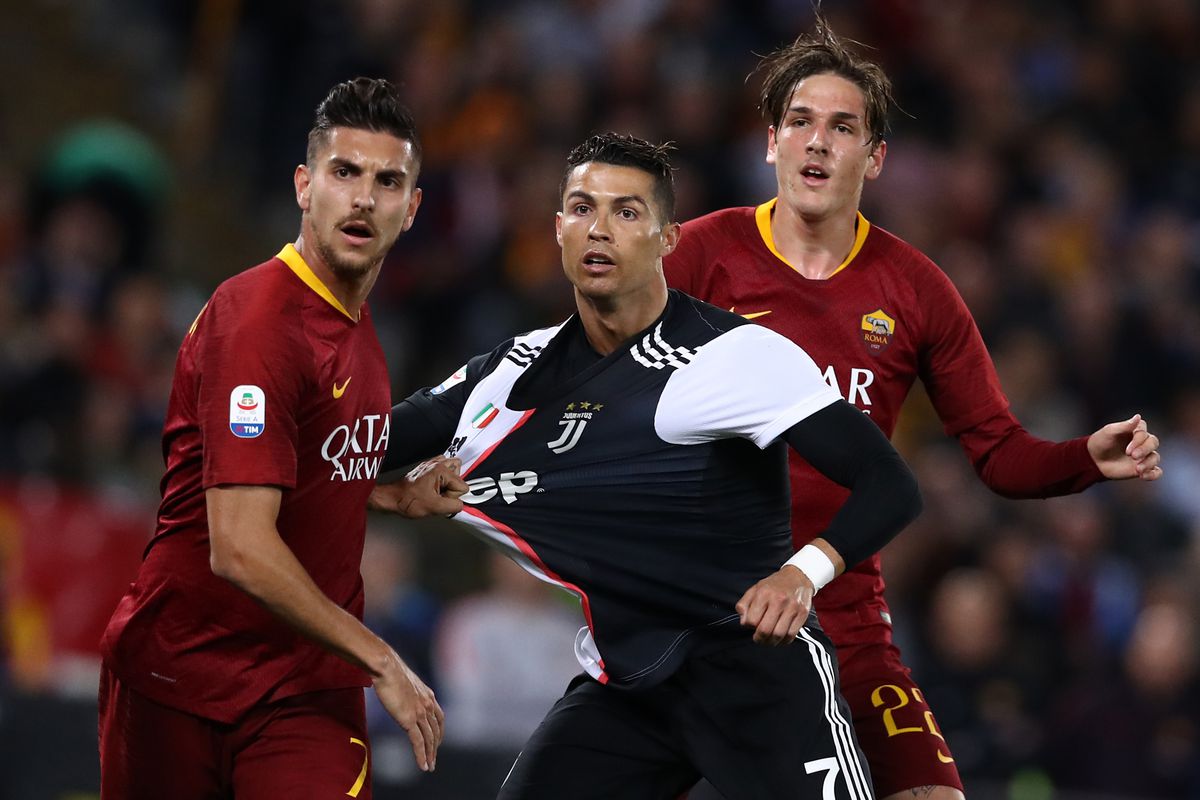 There’s not a hugely important coming into this match, unlike the previous two meetings. In fact, starting 11 that Juventus will pull out I have no opinion or indication about who those players will be. If Sarri a sticking to his word on who he will play this is the match that Roma should take up maximum points. Whether or not they do isn’t all that essential. Roma wants to keep the momentum going but once again this match has very little riding on it. Nonetheless, I think for the most part Roma will play at full strength. They’re certainly possibilities of some of their players being rested ahead of the big match against Sevilla. Roma should still be motivated to get the job done. They have lost to Juventus twice this season and losing to a Juventus team that is going to play it under 23 would be slightly discouraging ahead of their biggest match of the season at the conclusion of the domestic campaign. In all honesty, Roma should have no difficulty picking up the points. This isn’t a Juventus team that will be at full strength they will be without Paulo Dybala Cristiano Ronaldo and the regular starters because of this it should be a pretty simple Roma Victors. Unlike Juventus I feel like Roma still plays a good portion of starters which will give them the motivation and the mentality to finish on a high note. Momentum could be everything when it comes to the Rope Ali even though the match itself does not have the greatest importance. Roma, she still takes it seriously enough to get the points. In my mind, if what he says to be true when it comes to the lineup Juventus will choose it will either be a goalless draw or a Roma blowout. A lot of the players that Juventus will play have not played very many minutes of Italian football this season. I really encourage Paulo Fonseca not necessarily playing his best lineup but a strong enough team to help them continue to play at a high level. There is no motivation for either of these teams to really take it up a notch but with all things considered it should be a Roma victory that will only intensify their momentum ahead of Europa League.