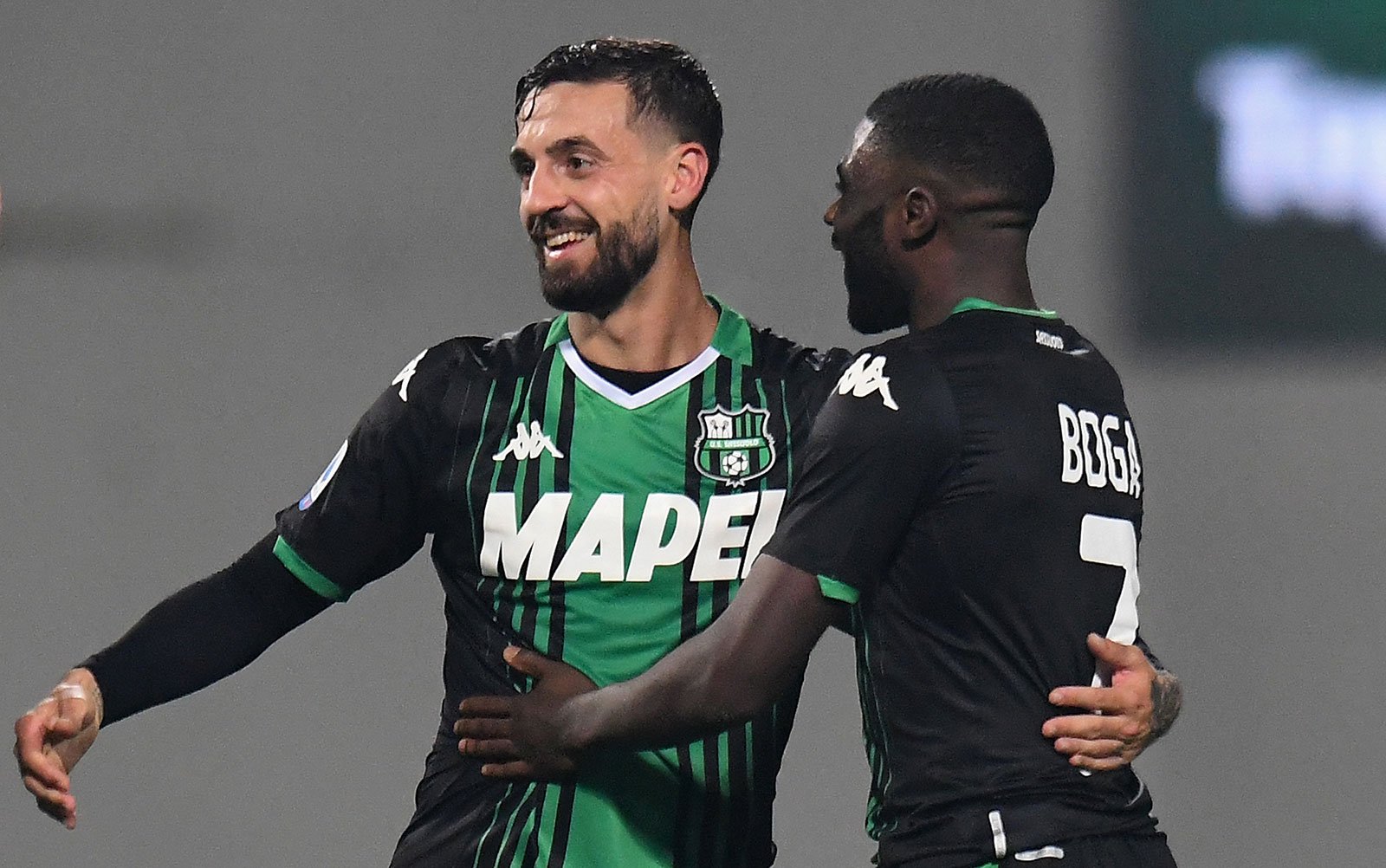 Sassuolo last season was on the brink of Europa League football after A truly fantastic campaign. This isn’t a big over achievement they are typically a team that is in the top 10 most years sometimes falling just outside of it. The difference with last season is they really pushed the top six and had not done that previously. If the season was maybe longer it’s possible they could have stolen one of those Europa League spots. Them along with Verona really took the league by storm. Largely what they were able to do in the market signing Francesco Caputo from relegated Emily who ended up being one of the top scorers in the league despite being 33 years old. And on top of that locatelli and Jermaine Boga took another step as they are starting to become superstars in Italian football. top to bottom they have more or less the same team. They haven’t done any business in the market but the business they have done has been Sensational. Of course I’m talking about being able to hold on to Jermaine iboga who has been recorded by many top clubs in Italy. There has been rumors but never materialized any move. It looks like he’s going to stay with the black and greens for at least one more season which gives them a chance to recreate the success that they had last year. this team has attacking options from left to right lock Italian the defensive Midfield Jermaine Bogut on the wing Berardi in the attacking Midfield and Francesco Caputo up top this team is going to score goals the question is whether or not they can be good enough defensively. They do have some nice pieces back there that really should see them get better in that area on top of that they have a very underrated goalkeeper concealed e that is capable of keeping them in some big games. They managed to beat Roma Juventus Atlanta and AC Milan. If they’re able to pick up points against the big teams there is no reason why they cannot finish in the top half of the table and potentially push for Europe. There’s build a little room to separate between themselves and bologna. On top of all the things they already do well they have a sensational coach and Roberto De zerbi who I named the Serie A coach of the year he’s only going to grow more into this team and helping them progressed forward. a ninth-place finish is more than respectable for a team of their size. However in this part of the table it’s going to be really close between themselves and not so I could even push power bottom this occasion I see them inside the top 10 with a ninth-place finish. Bologna is a team two years ago that nearly got relegated. Until Mikhailovich came and changed everything within the team, he is a warrior having battled leukemia and covid-19. When he got the job, he took a team that was in 19th place into the top 10 2 years ago. Then last season, it was another really positive performance from Bologna. May not have finished in the top 10, but they didn’t fall too far outside of it. He’s one of the League’s best coaches, and this team is once again going to fly under the radar and break for European places. They have the team the stability and equality they have to do it. All with being orchestrated by a Top Class manager. One of the most significant differences from last season to this season is Musa Barrow. The Young Gambian Striker joins from Atalanta in midseason season and simply put exploded. In only half a season, he managed double-digit goals and some assists along with scoring in big games like against Roma, where he was genuinely Unstoppable. He has added a new dimension to a team that already has a lot of good attacking options. The combination Musa Barrow and Riccardo orsolini are certainly going to be one to watch. When they’re clicking together, they are something else in the way they play. That’s not discounting that they have quality attacking players throughout the team like Federico Santander Rafael Soriano. This is going to be a team that will consistently score goals week in and week out. If they can hold up defensively and manage, they will be thrown at them, and that perspective can potentially finish this high in the table. The Difference Maker in this team is Mikhailovich; he’s only going to continue to build this team into something special this team already has it so many components that can make them so dangerous during the next campaign. They will be in the chase for the Europa League All Season even if they come up short; they’re going to be in that conversation.

Atalanta has captivated the football world for the last several seasons. They indeed have been an Underdog Story that only continues to grow with the years go by. Since they hired Gasperini, they went from a team that was finished in low in the table to one that is playing in Champions League games. Last summer, they kept everyone together after finishing third in the League trying to recreate that success giving themselves a chance in Europe. They also added Luis Muriel to an already murderous attack. One of the best-attacking teams in all of football last season. No one quite clicks like them in the attacking sense. They were the second-highest scoring team in history with 97 goals. They even were in the title race for a short period Of time while being an imposing factor in the Champions League race. They made it all the way to the Champions League’s quarter-finals losing to PSG, who made the final after being in front for 90 minutes; they ran out of gas as PSG ended up coming back and winning. However, that does not lessen the season they had. So many attacking options from Papu Gomez, the captain who was one of the League’s best players with 17 assists last season. Mario Pasalic becoming one of the 10 best players in the League. Along with their striking options from duvan Zapata to Josip ilicic and Luis Muriel, they are loaded all over the place and played like a team of giants. They even got goalscoring production from Timothy Castagne Robin Gosen and who scored seven goals from the left-back position. The thing that killed them is they could not stay intact defensively, even with a goalkeeper who has shown some really spectacular quality. They let themselves down defensively, which was a big reason why they failed to do the impossible. Regardless, they have been a truly spectacular thing to watch one of the most unique stories in football history. They have been knocking on the European football door for the last four years and have been finishing in Europe every single time since Gasperini. However, unfortunately, I believe it ends here; this may be low, but I have them finishing in 7. Here’s why Timothy Castagne was their best defender they just sold him to Leicester City; on top of that, they signed Christian Romero to replace him. Who doesn’t have the same qualities defensively, they’re going to concede twice as many goals. This team will break up sooner rather than later if they get big enough offers for some of their stars, they will accept them. They showed this season that they’re willing to sell some of their pieces. They just do not have enough to challenge some of the better teams in this position. They brought in miranchuk from Lokomotiv Moscow who will be a really under-the-radar signing this season, potentially being one of their best players. They still have a lot of good quality in this team with a good strike partnership and a good Midfield, but the problem is the team surrounding them at just have too much for them to go at it again and do what they have done the last couple years this maybe Gasparini last season he deserves a bigger job than he has after this season he’ll get it. They’re still a very strong team, but the other teams just seem to be getting much deeper, which will pose as a problem for Atalanta; the story ends, but they’ll still be very competitive in the League this season.