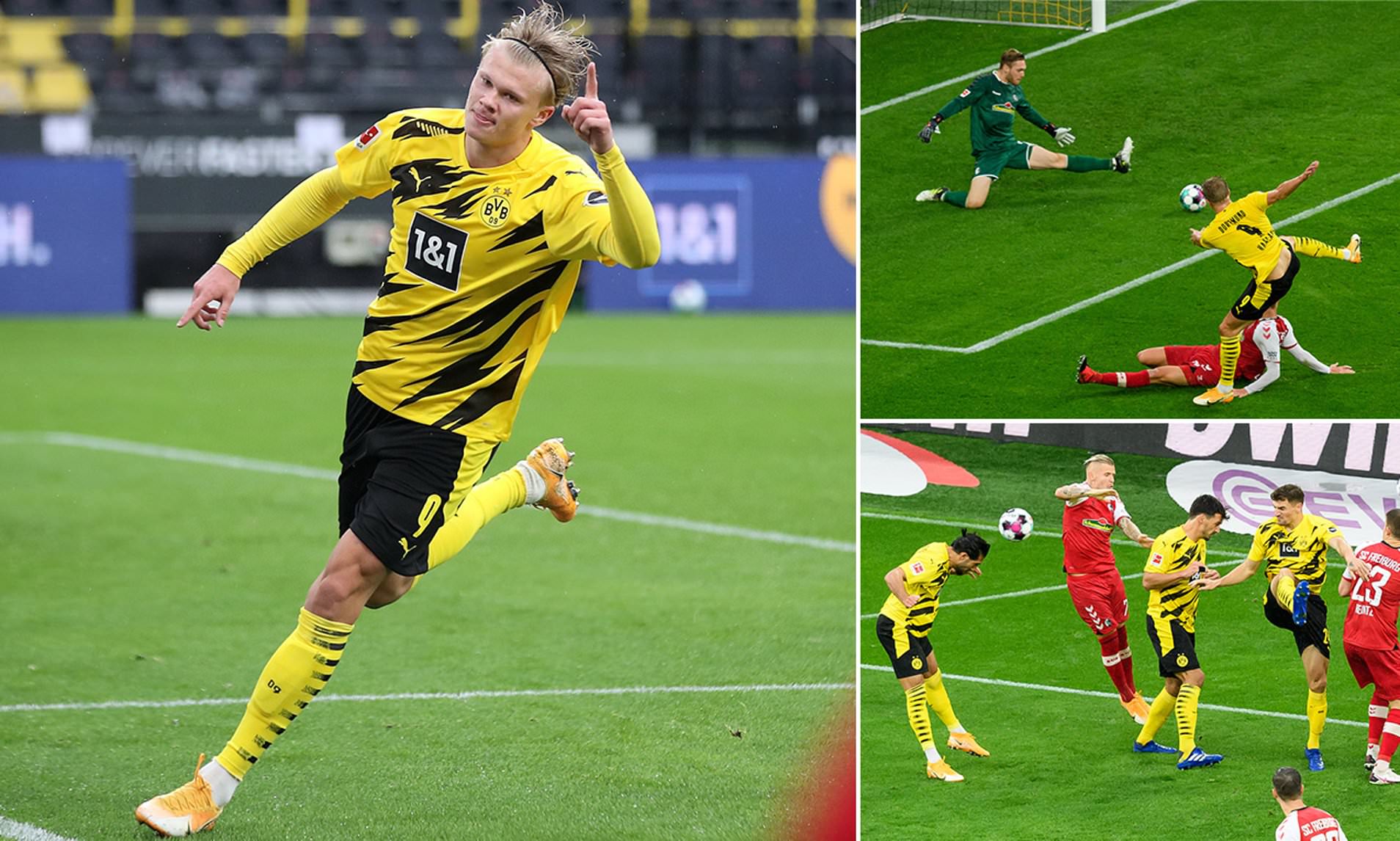 Erling Haaland last Season was one of the prize players in World football; he came out of mutually nowhere balled out in the youth World Cup with a little buzz starting to connect with his name. He started his Season last year at RB Salzburg; he ripped it up on multiple occasions domestically and in the Champions League. While the Austrian side did not make it through, he was one of the top scorers in the competition, including a hat-trick on his debut and a brace against Liverpool. He was scoring at an incredibly High rate looking like the next big thing in world football. Midway through the Season Borussia Dortmund came in for him as he made a move to Germany; he kept it up, scoring regularly. The 20 year-old surpassed 40 goals last Season genuinely starting to look like the next big Striker. Despite this, I held back to jump on the bandwagon kid scored a lot of his goals against the bottom half of the Bundesliga; we have seen so many players that explode on the scene and can’t back it up The Following Season. Erling Haaland this Season already has it Justified that he is the real deal certainly one of the best strikers of his age group in World football. This Season he has put it in his time and is shown his worth. In The Opening match of the Season against gladbach, he was genuinely sensational then again this weekend against Freiburg, a team that finished in the top 8 last Season he was unplayable. His link-up play with the other midfielders, as well as Jadon Sancho, has really proven to be important to a team that has Ambitions for the Bundesliga title. He was involved and three of the four goals scored in their 4-0 victory; he especially vibed well with Gio Reyna as the American and the Norwegian connected on three different occasions. Erling Haaland has been surrounded by hype ever since he had burst on to the scene last Season. The question I have always had is whether or not it is deserved or Justified. He has started to score against much stronger teams and show up in the bigger games. Against Gladbach and Freiburg two teams that were pushing for European football last Season, he was able to perform and get to the top level. Erling Haaland is the real deal; he has all the abilities and intangibles to be one of the best strikers in the world; it is going to take some time for him to develop into the Superstar he is capable of, but one thing is for sure he has arrived. He’s only going to get better. Dortmund is going to do everything they can to try to win the title; most of that is going to be surrounding the abilities of the incredible Norwegian Talent. This is no fluke; he is here to stay, and that was clear, especially early in the Season, and this week he was one of the best performers this week with an inspirational display in a Dortmund victory.

Duvan Zapata continues to show that he is one of the most underrated strikers in World football. Part of it is Gasparini has really got the best out of him, but he continues to perform at an incredibly high level. That was on display in a very high scoring match against Cagliari. Duvan Zapata was the best player in the league two years ago, then last season he missed a chunk of time and still ended up scoring 20 goals in all competitions. It’s essential to get the season on the right track as soon as possible. The Columbian is a very physically imposing figure. Both in terms of height and physicality make him mutually impossible to defend, even if you have class in that position. It has to be done by committee; this isn’t easy, so he can have success. When healthy, he’s one of the best players in the league and one of Europe’s most underrated. He has made my players of the week list more times than any other player in the last 2 seasons. This week he indeed showed those qualities. Atalanta scored five against in a fascinating, intense matchup between two teams with capable goal-scoring. Atalanta has been the best team in the league so far and could very well be involved in another title race. Papu Gomez has been the best player in football so far this season but this time, even though the Argentine genius did score, it was a heroic performance from the Columbian. He supplied two of the five goals with a goal and assist rising to the occasion in essential parts of the match. His impact allowed Atalanta to pull away. He supplied Papu Gomez on their second goal, then at the end of the first half, the Columbian found the back of the net in his own right, making it 4-1 mutually making it impossible for the opposition to come back and steal it. He hadn’t scored yet this season, but he has been very impactful and all three of their opening victories. He was influential doing more things than just cutting; he was such a problem because he requires so much defensive attention a lot of the time it allows teammates to get open and Atalanta then goes on the counter it was a superior performance from one of the best players in the league who just got his first goal of the season that will give him confidence and when he is on. In-form Zapata is a problem; this week’s performance was just another example of that.

Erling Haaland was absolutely breathtaking against Friedberg he indeed has shut me up. I am all in on the Norwegian Star. He was not the only player on Dortmund this week that deserves recognition. For the first time since I have been doing this, I recognize two players from the same team. It’s hard to really put this in perspective, but you see certain things in that game that just cannot be ignored. Erling Haaland is a superstar and was absolutely unbelievable, but Gino Reyna provided some of the facilitation and service. The Talented American 17 year old I previously stated at this age has been better than Pulisic. He had an outstanding season debut in which he found the back of the net to earn his first Bundesliga goal. This was about two weeks ago; his performance this week only further justifies what I said then. He is on the verge of superstardom. He proves to be such an essential part of this Dortmund team. Despite his age, Dortmund is trusting him week in, and week out; more often than not, he is getting solid game time as a starter. This week he was in a different class. His passing ability in the way he read the game really stood out in my mind. A 17-year-old is not supposed to be this good this early. While he’s not looked at as a primary goal scorer, he has all the intangibles and ability to reach World status. The link-up play communication and relationship on the pitch with Erling Haaland was a blatantly obvious this week. He had his Footprints all over the Dortmund victory. The American Teenager had three assists; three of the four goals scored in their big win came from the foot of a Gio Reyna. Erling Haaland often refers to him as the American dream. He shows all these qualities at such a young age and is progressing at a rapidly fast pace before not too long, he will be more of a name that we recognize. It is unbelievable that he’s been able to be a player of the week two of the four weeks of the season, similar qualities. That he just continues to show he’s only going to open up and become much a more refined player as the season goes on, he is starting to push the talent Narrative of Christian pulisic. Both were outstanding at Dortmund, but I’m going to say it again Gio Reyna at this age is well beyond what Christian pulisic was at this age. One of the week’s players once again with a breathtaking 3 assist performance. It’s clear that he will be no stranger to this list, justifying his incredible ability with a tremendous performance as Erling Haaland and Gio Reyna ran Riot this weekend.