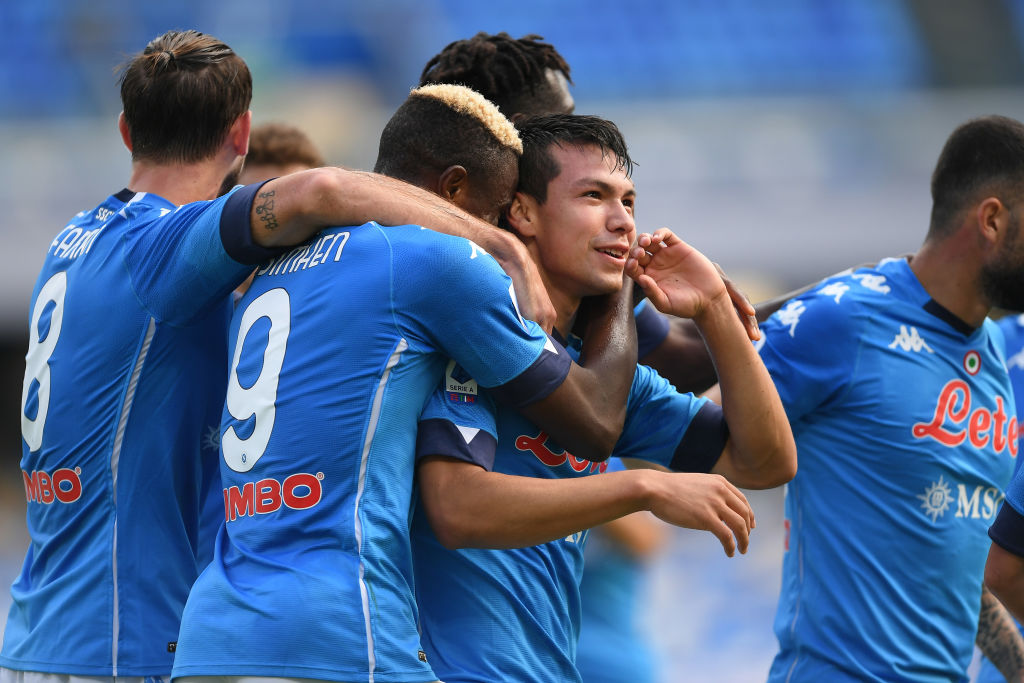 True title Challengers went head-to-head this weekend. Napoli hosted Atalanta, the best-attacking side in Italy, against the most complete team Napoli. Napoli came into this game pissed off, and it showed in the early going. These are two teams that will be in this title race until the very end a true statement game. The game’s result doesn’t necessarily reflect whether or not they are real or not, but it still was a massive game with both of these teams trying to find that Competitive Edge. After what happened in the Juventus game with Napoli controversial having to Forfeit and receiving a point deduction, Napoli was pissed off and ready to avenge that against Gasparini and his Atalanta side loaded with attacking options. One way or another, we would be in for an absolutely battle at least, that is what it seems like Napoli got off to a great start and never look back. They were ruthless on the break and played as if they had something to prove. Very early in the game, a cross hit into the box from Mertens found the foot of Chucky Lozano, who struck acrobatically very close but just inches away from the opener. Atalanta was severely outplayed in this game Napoli came down on another break the second time; this time, there will be no mistake a low cross into the box finding the Mexican international again this time he would make no mistake as he exploited open space tucking the ball into the back of the net as Napoli took a 1-0 lead. It was early in the game, and an attacking team like Atalanta to come back more than enough time. However, just like that, Napoli made had to make it even more difficult. Napoli got on the counter yet again dries Mertens get a perfect through ball as he ran behind Chucky Lozano he took One Touch before striking a curler into the back of the net and what was an Exquisite finish as Napoli took a 2-0 lead. With not that much time gone in the game, Chucky Lozano had two strikes as Napoli all of a sudden; we’re running away with this. Not long after, politano wanted to contribute to the fun. The midfielder cut inside after retrieving the ball from the wing and hit an absolutely stunning strike from outside the box curling into the top corner as Napoli all of a sudden we’re running away with it with a 3-0 lead inside 30 minutes. Napoli managed to make Atalanta look the worst they have looked since Gasparini took over near the end of the first a beautiful goal kick from Ospina got Napoli in on goal once again. This time it was record signing Victor Osimhen controlled with his chest from even further out than their previous striking a masterpiece a low but powerful hit ended up in the bottom corner to give Napoli a 4-0 lead while scoring his first goal for the club. Napoli was absolutely running away with it. In the second half, after Mertens came within an inch, Atalanta finally found that moment on the Breakaway Lammers cut Inside the box beautifully, tucking it into the back of the net to minimize the deficit. However, the damage was already done. Chucky Lozano leads Napoli to a runaway game as Napoli looked like the League’s best team, cruising through one of the League’s best attacks without any issue. Napoli ended up picking up all the points as they cower towards the top of the table meanwhile, Atalanta is humbled as Napoli Reigns Supreme. 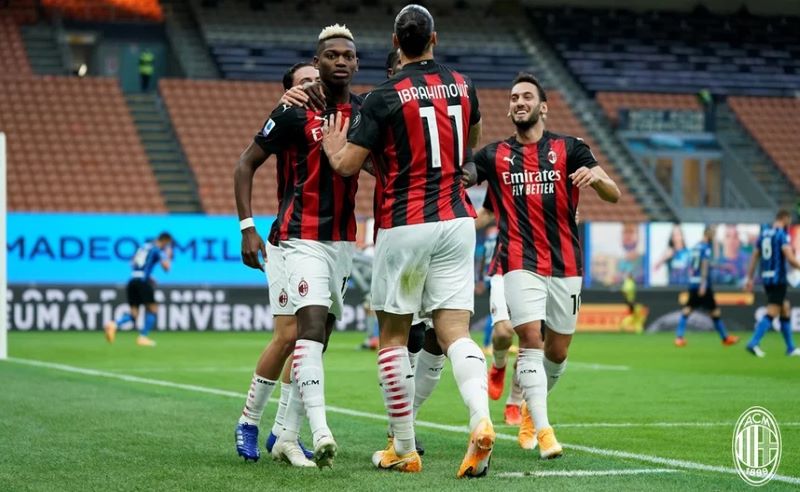 In one of the most anticipated matches of the season, it was the Milan Derby. The derby comes so early in the season with the potential to make a big statement from either side. It is a very intriguing situation with AC Milan top of the table but has not played anyone of great quality, and Inter Milan has gotten most of the points but has not played well yet this season. It was going to be a thrilling match and Milan. Zlatan Ibrahimovic has returned from being out and was ready to come back at the right time. AC Milan has not picked up three points in the derby since 2016; this was going to be as good of a chance as any. There was drama early Giuseppe meazza. Less than 10 minutes into the game AC Milan looked great coming out phenomenal attacking football play as the AC Milan attack look thirsty as ever a through ball from the defensive position all the way to the Midfield into Ibrahimovic who is clearing on goal Alex Kolarov took him out in the box the referee wasted no time and pointed to the Penalty spot. Ibrahimovic was denied from close range but had the self-awareness to convert on the rebound as AC Milan took a 1-0 lead. Quite harsh on Samir handanovic, who made the save but just didn’t have enough time to react. Just minutes late, AC Milan would double their lead on the attack once again the ball was fed onto the wing where Rafael leao was taking the ball forward he beat his man before sending a cross inside the box that met the foot of once again Ibrahimovic as his strike rips through the top of the net to give AC Milan a 2-0 lead. AC Milan seems to be in control in the first half. Inter Milan didn’t manage to get back into the game though Kolarov found Ivan perisic, who picked out a pass for romelu Lukaku he stuck it in the back of the net to minimize the deficit. In the second half Inter Milan was much more of the game; even though AC Milan still push forward and had those moments where they felt they could put the game out of reach Inter Milan had many opportunities to try to get back into the game. A cross from the outside into Hakimi just missed by inches enter to continue to push forward with romelu Lukaku big from the point-blank range it was looking like Inter Milan was going to have that opportunity to get back into that game when the referee gave a penalty. However, after a review check, the penalty was ultimately wiped off. Inter really kind of control that second half; as bad as their Midfield has been this season, they could create some Chances with their forwards. The game ended on a late Lukaku back heel that very well could have been the late equalizer they were looking for, but donnarumma denied him as the full whistle blew AC Milan when the Milan Derby once again it has been somewhat of a wait. For the first time since 2016, they get the points all of them off their rivals Ibrahimovic brace making the difference as Milan is red once again.