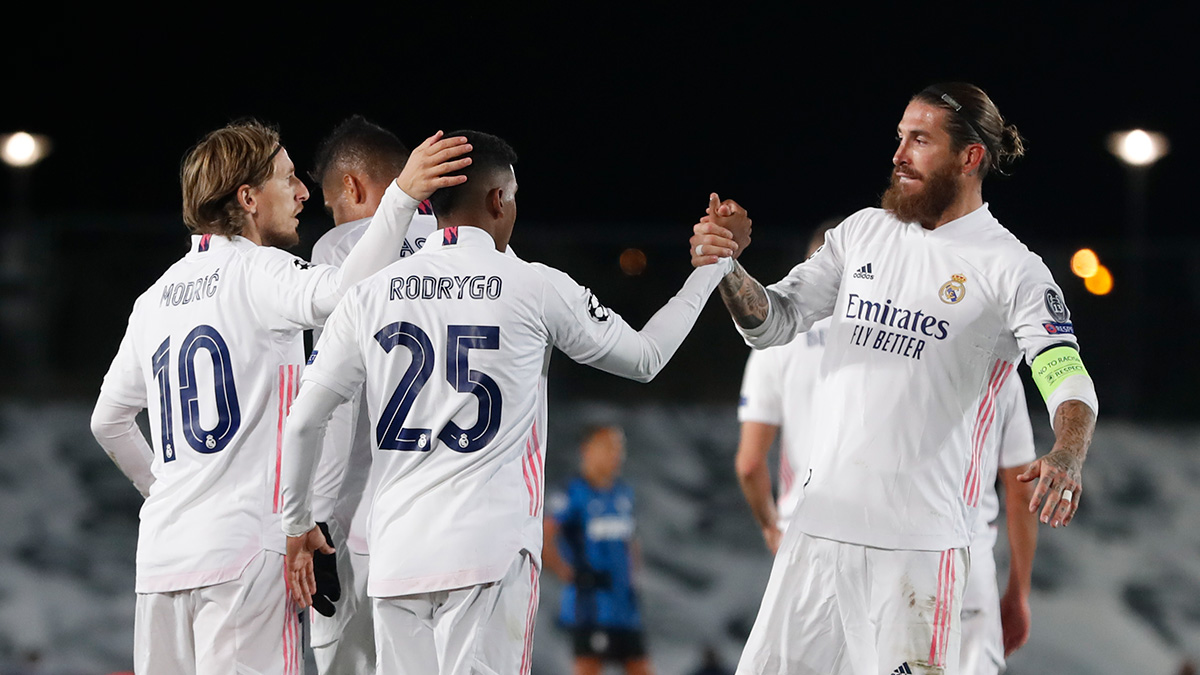 In one of the most in thrilling matches of the week, we saw two of the biggest clubs in Europe go head-to-head in a Champions League group that is starting to look like the group of death. Real Madrid was hosting Inter Milan at their training ground. Both clubs without a victory, with Inter Milan standing with two points while Real Madrid has just one. It could be a defining match in the group, but there’s still a lot of football to be played but what we saw was an absolute Thriller back to front from both of these fantastic teams. romelu Lukaku would be out for Inter Milan with a thigh issue, but nonetheless, both teams came to play. Both teams had their moments in the early part of the game. Real Madrid came within inches twice and the opening minutes, but Samir handanovic was able to rescue the situation. Shortly after a pair of Real Madrid chances, Inter Milan nearly put themselves on the scoresheet on a terrific counter-attack; on the break, hakini send in a perfect through-ball into Ivan perisic, who then curled it on the other side meeting at the head of Nicolo Barella his header just inches away. It was back and forth all night long. Neither team gathered that momentum it was going to be a fight all the way through. Inter Milan follows that up with a Martinez strike et Courtois. Toni Kroos try to test Inter Milan from outside the box before on the other end had an immediate reply Martinez set up Arturo Vidal striking from well outside the box just missing the side netting. Real Madrid was starting to grab a little something as the game went on. Benzema set up Federico Valverde who hit a bouncing strike that went over the goal. Finally just minutes later, Real Madrid would find their moment. Real Madrid took advantage of a mistake by Hakimi that forced Samir handanovic to come out of the box to try to retrieve the ball unfortunately, Karim Benzema got to the ball first, dribbling around the inter keeper before putting the ball into the back of an empty net as Real Madrid took a 1-0 lead. It did not take very long for Real Madrid to get another one coming off a corner. Sergio Ramos came up in the clutch once again, burying the header into the back of the net to score his 100th goal for Real Madrid as the 14-Time the European Champions took a 2-0 lead. Inter Milan was playing well, so it was a bit of misfortune; fortunately for the Italian side, it did not take very long for them to get back into the game on a breakaway. Nicolo Barella hit a perfect flick into the box as Martinez struck on the first time, burying the ball into the back of the net as Inter Milan would get one back with a perfect pass and a perfect finish. It continue to be an action-packed second half with chances coming from both ends. With about 20 minutes to go, Inter Milan level the score Arturo Vidal hit a cross into the box Martinez completed a headed pass in the air to Ivan perisic, who controlled before putting the ball into the bottom corner to make things level. Inter Milan had some slight energy-momentum. Just six minutes after the goal, Real Madrid gave the ball the way to Martinez outside the box. The Argentine did exactly what he was supposed to do control hitting a curler into the corner, but just mere inches away from giving Inter Milan a shocking victory perfectly executed strike but couldn’t find the back of the net. Martinez got inter on the break again, releasing Ivan perisic before the Croatian look for the bottom corner once again, inches denying a winner. Less than 5 minutes later, Inter Milan’s of misfortune intensify. Vinicius uses pace on the outside to find Rodrigo Inside the Box hit a powerful sliding strike into the roof of the net as Real Madrid took a 3-2 lead. After Real Madrid took the lead Inter Milan had difficulty finding that rhythm again has Real Madrid blow a two-goal lead before reclaiming it to earn the victory, getting the points. It’s not over for inter; they can still crawl this back as tight as it can be while Real Madrid put more pressure on the top Gladbach Still Remains the top of the group with Shakhtar Donetsk right behind them. A thrilling matchup football with the drama pulsing through it just adds more to what surely will be a tough group. 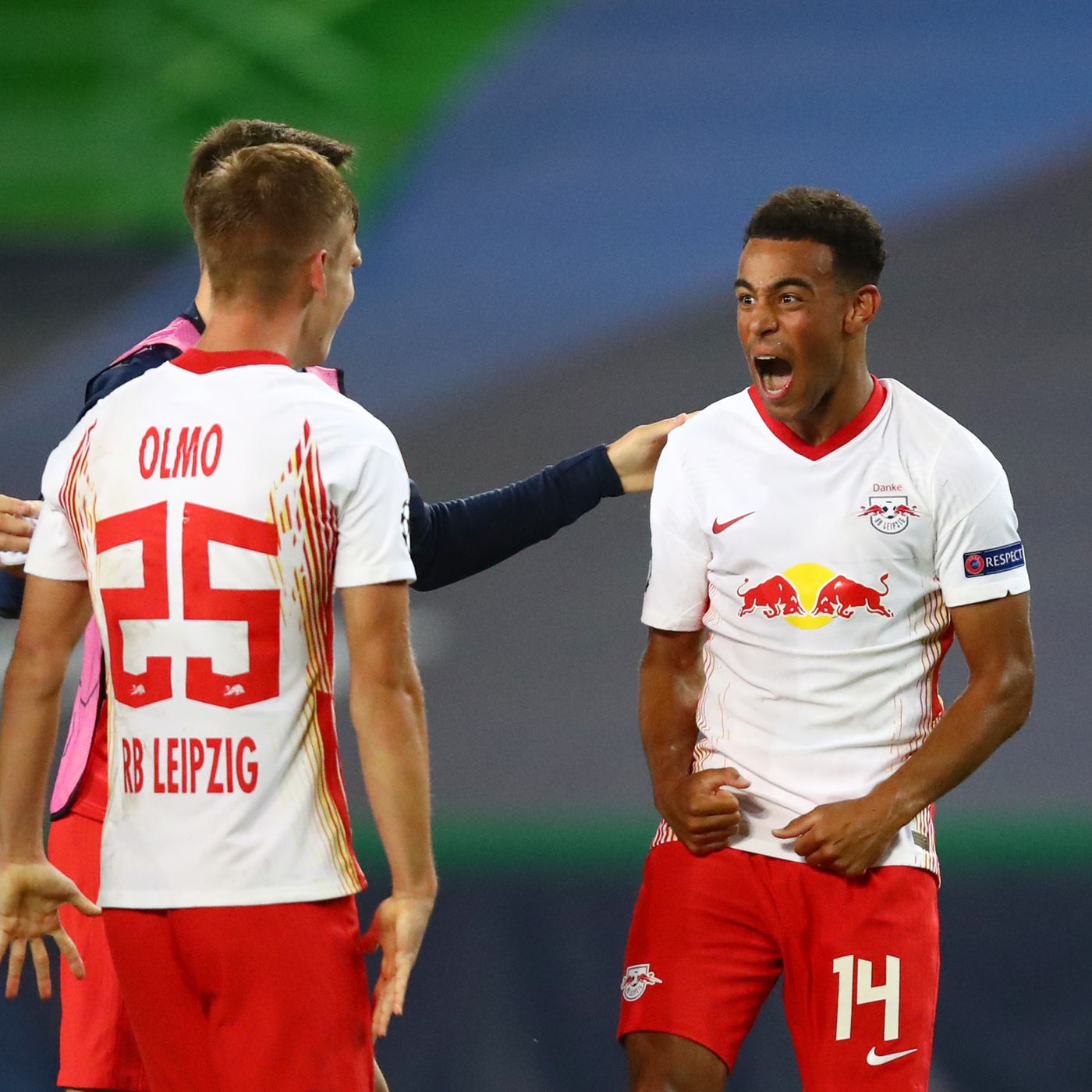 Even though PSG wear without Killian mbappe and Neymar, it was one of the Champions League’s most dramatic matches this week when they took on RB Leipzig. Now, remember these two teams faced off in the Champions League semi-final just a couple of months ago. Although the teams looked a little bit in this match, nonetheless, the pressure and the storylines would fuel this regardless. Both teams are in a rather complicated situation, both having lost two lowly Man United. The response was in order for at least one of these teams. With both Neymar and mbappe out, the PSG Frontline wasn’t Moise Kean and Angel Di Maria. Moise Kean has been excellent for PSG and was able to show that in the early part of the game. PSG had someone control in the early goings and carved them open. Moise Kean intercepted the ball in a dangerous position went forward before supplying a perfectly time passed into Angel Di Maria, who stopped the ball into the back of the net to give PSG a 1-0 lead. They seem to be doing fine without their big hitters. RB Leipzig eventually got themselves into the game with the first quarter of an hour; PSG seemed to be in control. Moise Kean had multiple factors in this game, making things difficult on the German side that was looking to rebound after a loss in the Bundesliga this weekend. PSG nearly had an opportunity to double their lead when a penalty was given for a handball in the box. This position’s goal would have surely put them in Prime position to pick up all the points. PSG had nearly scored their second minutes earlier when Péter Gulácsi made a double save that kept RB Leipzig in the game. However, the result of the penalty could potentially swing momentum. Angel Di Maria stepped up but was denied from 12 yards out to give RB Leipzig some life. Even after the penalty, PSG really did seem to have momentum driving them, but RB Leipzig started to get themselves back into it in the late part of the first half. Christopher Nkunku struck from outside the box from long-range, slotting the ball into the bottom corner to level the scores going into the second half. The final 45 minutes could have been a defining moment for this group. In the second half, RB Leipzig started to take control. Moise Kean seems to be the only explosive option that PSG had it was a very physical game that ended up with red cards being handed out on two separate occasions.. incredibly physical as both teams looking for that Competitive Edge; fortunately for RB Leipzig are they would have an opportunity to complete their turn around when a handball in the box gave them a penalty. Unlike PSG, they made no mistake Emil Forsberg stepped up before burying the ball into the bottom corner to give RB Leipzig a 2-1 lead not long after the first red card of the game with given out while there was a sense of frustration from PSG. It was a battle, but RB Leipzig did seem to be in cruise control as they were trying to see the game out. In stoppage time, PSG would receive another red card as a reduced even further. At the very end, RB Leipzig almost scored another. Still, excellent defending on a breakaway denied the German side of the 3-1 lead but nonetheless, the Bundesliga side, after a tough week get back on the right track with three points as they are now level on points with the top of the group back in Pole Position after getting revenge from the Champions League semi-final RB Leipzig reign supreme PSG are still alive but struggles without Neymar and mbappe when they are fit for the next match we’ll really see what they are made of but for the time being RB Leipzig had their moment