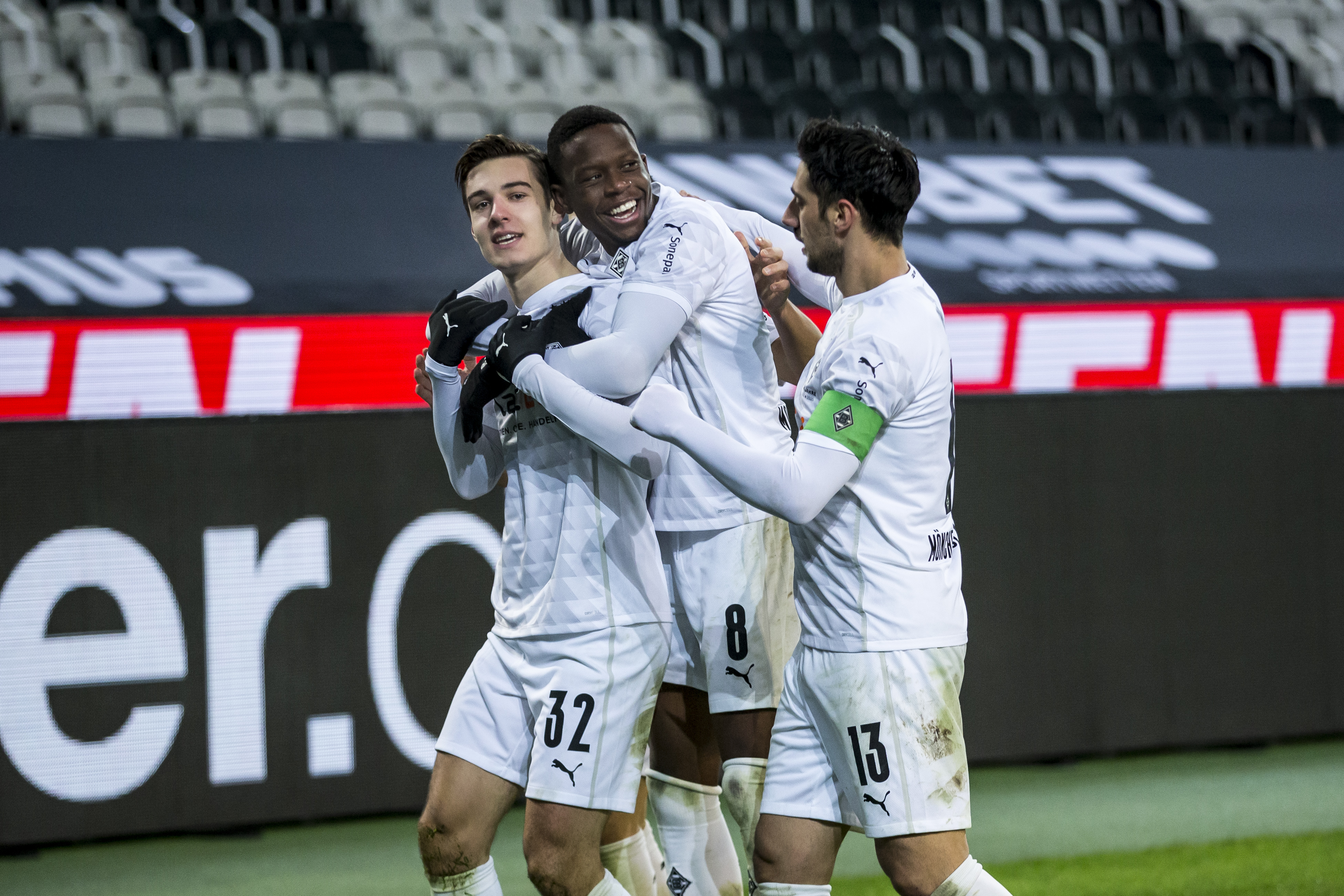 Bayern Munich, by all accounts it’s still the best team in the world, and I’m not sure it’s all that close. However, they’ve had some struggles in the Bundesliga this season, especially defensively. If you look at this logically over two legs, they’re almost unbeatable; there are much more likely to miss out on the Bundesliga than the Champions League title. Ambitious Gladbach team that has struggled more than you would have thought this season was ready to take on the challenge of Bayern Munich. Away from home in the home of the enemy as Bayern Munich has reigned supreme in German football, this was a chance for Marco Rose’s side do the impossible. Even though they have the quality to do it, it did not start in the best possible way. The way that matches played, it was pretty split down the middle, very evenly matched in what turned out to be one of the most exciting Bundesliga matches of last weekend. A very ambitious Bayern Munich attack that was cleared out was stopped as the VAR showed a handball on the play that was not called. Bayern Munich was given a penalty as Robert Lewandowski stepped up as the best striker in the world against Yann Sommers, one of the best goalkeepers in German Football. The Polish striker stepped up a quick little one up before seeing his strike pierce through the net as Bayern Munich took a 1-0 lead and Robert Lewandowski scored his 20th goal for the season. It still was a bit back and forth. Still, Bayern Munich found that into space again on an attack the Gladbach defense didnt close down Leon goretzka as the German midfielder sends a rocket from just outside the box into the back of the net as Bayern Munich ran out to a 2-0 lead. However, Bayern’s defensive issues would be highlighted once again. Gladbach exposed the Bayern Munich defense as both Hoffman, and a Breel Emboli had a two-on-one with the goalkeeper. Hoffman was a little behind and played on side, and he beat Manuel Neuer with a defensive issue showing a gaping hole in the back as they minimize the deficit. Then they came forward again just before the start a second half horrendous defensively a through ball from the Midfield, and Hoffman was by himself against Manuel Neuer converting the strike as they go from two goals down to an open game against Bayern Munich. It was a battle in the second half with both teams trying to find that inch of space to be effective, and then Florian Neuhaus found it. The attacking midfielder hit a screamer from outside the box, ripping through the top of the neck to take his side from two goals down to 3-2 two in front and what looked like a potential winner. Bayern had opportunities to carve themselves back into it, but Gladbach what determined as they come from two goals down to beat the best team in the world 3-2 in Munich, a result that shook up the Bundesliga last weekend fortunately for Bayern Munich Dortmund that beat RB Leipzig. Hence, they remain in front of the Bundesliga, but its defensive issues don’t change, their spot at the top will be in jeopardy. 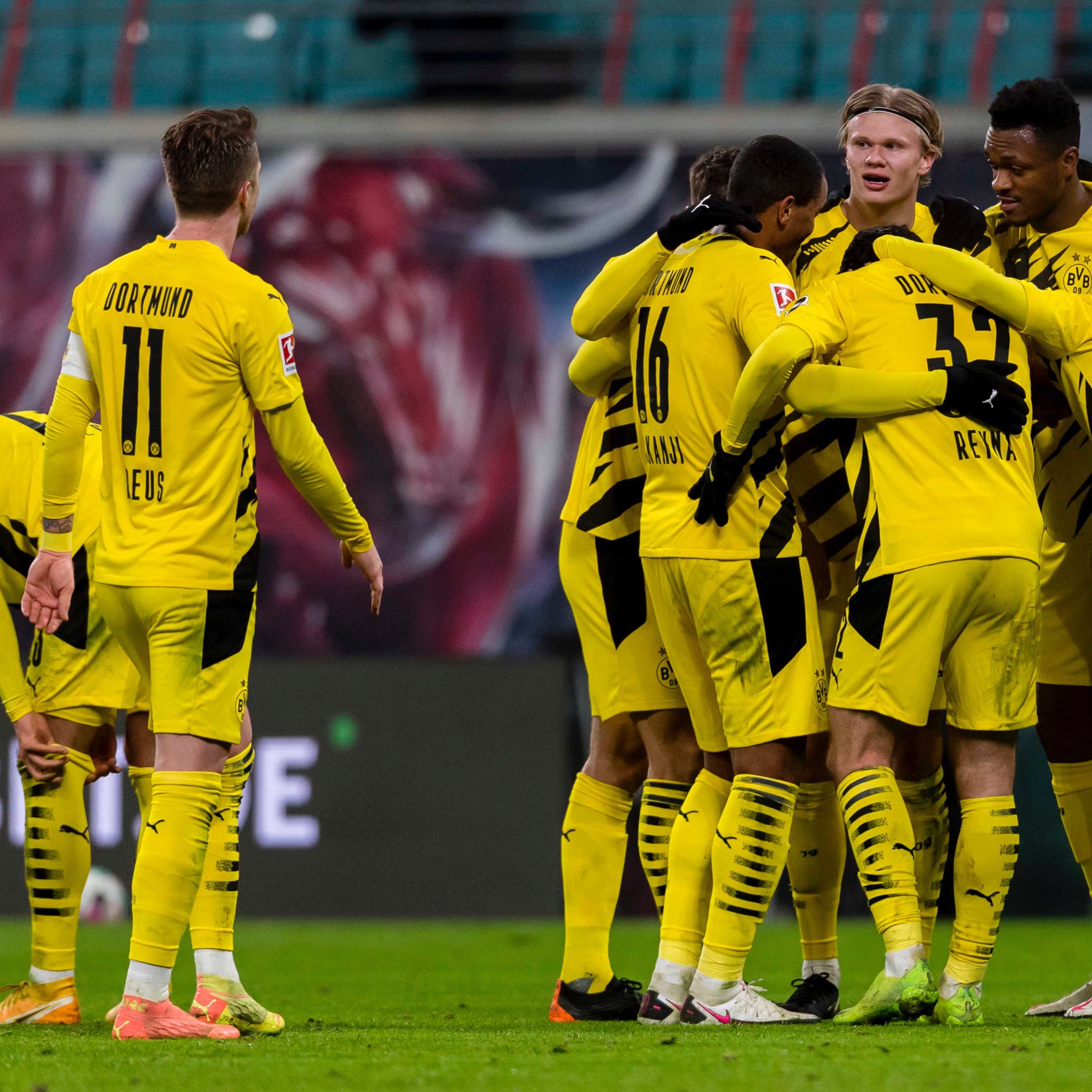 RB Leipzig had a Monumental opportunity to go top of the Bundesliga with Bayern Munich’s loss to Gladbach this week. Everything was in their Direction; they had the momentum going for them, but they would have a challenge that stood in their way. Even though Dortmund has been a little inconsistent this season, they have caught a runner form at the right time following the sacking of Lucien Favre and the return of erling Haaland. Although Dortmund has reason to be optimistic, getting the job done. RB Leipzig has put together quite a bit of form over the last couple of games, and this was a statement moment for them to go to the top of the Bundesliga. However, erling Haaland & Company had other plans. It was an adamant, mentally draining first half; there weren’t a lot of chances, very few shots on goal for either side, but a couple of opportunities in the build-up that were neutralized by defensive play from both ends. Dortmund had a strike from the side of the goal late in the first half, but other than that, they weren’t playing that well, meaning RB Leipzig going into the second half, had two reasons to feel confident. Unfortunately, Dortmund lost Witsel to an injury before the second half. However, Dortmund came with width in inches as Emre Can just nearly missed on a corner kick on a corner kick. Then Dortmund found that little bit of space to hit them on the counter erling Haaland had a Well Control ball that he took down the wing using his speed and athleticism beating the RB Leipzig defense before supplying a ball into Marco Reus who provided a flick into Jadon Sancho who smashed in the back of the net as Dortmund took a 1-0 lead. After Dortmund took the lead RB Leipzig, we’re finding it difficult to crawl the way back into trying to grab that momentum, but it was all Dortmund the majority of the second half. Guerrerio nearly missed on an attack on the break, and then erling Haaland was nearly in when he had the ball inside the box, striking a ball that went off the bar really could have been Dortmund second. Then it happened erling Haaland had the ball in front of for RB Leipzig Defenders; he used incredible world-class dribbling to get through the situation, truly one of the most stunning sequences I’ve seen this season from the Norwegian. It was one of those moments where you just scratch your head and ponder how that happened. He got through the game to Sancho in the Box; the Englishmen retrieve the ball again, preparing a cross; he had a cross into the box in which erling Haaland ran into space, rose up, and connected on the header putting it in the back of the neck to give Dortmund a 2-0 lead. Dani Olmo came really close in his own right shortly after when a strike from inside the box hit the post that could have turned the tides of the game. Late on, erling Haaland was played onside in a one-on-one situation; he dribbled around the goalkeeper before passing the ball into the back of the neck as Dortmund took a 3-0 lead. A couple of minutes later, RB Leipzig got their consolation when Sorloth truck from close range and then striking on a rebound. Dortmund wins again suddenly and is potentially trying to get themselves back into the title race with a big victory here. Dortmund denies RB Leipzig the chance to go to the top of the Bundesliga as Jadon Sancho and erling Haaland lead Dortmund to a3-1 Victory; the Bundesliga race is on. 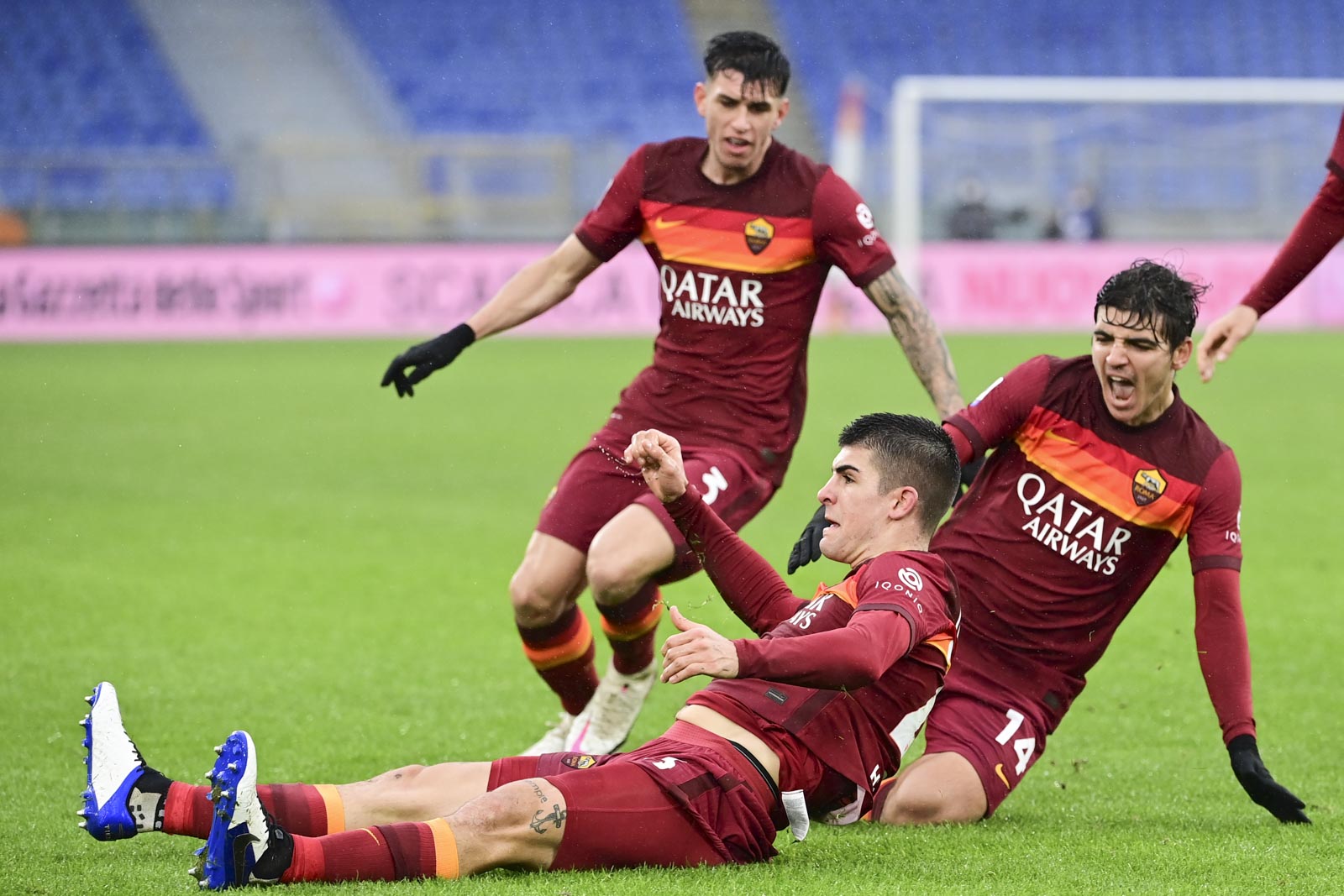 Roma kept their winning streak going with a victory away from home against Crotone a perfectly setting up a match we have been anticipating for the last couple of weeks. A tremendous opportunity for Roma to make a dent in the title race. On a Sunday morning at the Stadio Olimpico in Rome, they would host Inter Milan, standing three points in front of Rome as they’ll have an opportunity to pass them up. Sampdoria recently beat Inter Milan, shaking things up dramatically. Roma and Inter Milan very rarely have had the upper hand on one another over the last few seasons. In their previous five games against each other, all five have been drawn. Putting absolute pressure on these teams to take the upper hand. There was a lot of anticipation on a match that could mean so much. It lived up to the hype and the billing. We were treated to an absolute show on Sunday morning in Rome. It ended up being a back-and-forth battle throughout the game; they exchanged different spurts of momentum as each team tries to carry their performance over the other. Inter Milan have a better team on paper, but Roma is in better form right now. This Roma side has struggled to pick up points against the big teams. This was the platform for them to prove otherwise; meanwhile, Inter Milan, we’re looking to avoid a January slump. For a good portion of the first half, Roma looked like the slightly more dangerous team despite having less of the ball. They got the ball forward, they occasionally got on the break, they had some dictation in the Midfield, and we’re finding gaps to be a threat. It was mixes of several different things Roma were pushing very early to push themselves in the lead. Meanwhile, Pau Lopez was on his game, denying several Inter Milan chances early. Eventually, Roma got out on the break from the Midfield into the box edin Dzeko to Mkhitaryan landing on Pellegrini’s foot, striking into the bottom corner as Roma took a 1-0 lead. They continued to get into that space effectively, and even though Inter Milan was very much involved in the game, Roma looked like be much more discipline and communicative team in the first half. Inter Milan had some chances, but Roma took a 1-0 lead into the second half. Inter Milan found their footing, and despite Pau Lopez’s best efforts, they found just enough space on a set-piece to get back into it. Milan skriniar converts on a corner, and then not long after, Hakimi hit one of the strikes of the season, a malicious strike as Inter turn it around, taking a 2-1 lead getting hot for 20 minutes. However, eventually, Roma got the momentum going really started push late, and at the very end of the game, with not much time remaining, Gonzalo Villar picked out a perfect cross inside to Gianluca Mancini, who put his head through it getting the equalizer. It is split points between Roma and inter at the Stadio Olimpico.