It has been a somewhat interesting season for the Roma women. As I have mentioned in the past, there was a lot of optimism and expectation ahead of this season. It hasn’t really gone to plan to go into the season. Roma looked at their squad and felt there was no reason why they couldn’t contend for the league title. I think it was quite obvious that Juventus has the most talented team in the league, and we’re likely to win it; however, Roma felt that they could at least push them a little bit this season. From a purely Talent perspective, Roma has one of the best teams in the league; there was no questioning that the question would be whether they would have the right mentality and character to challenge the league title. At the very least, Roma had Champions League aspirations. Coming off a perfect season, Rome over one of the teams expected to push Juventus. that has not exactly gone to plan; they have been one of the most inconsistent teams this season and until quite recently have had issues stringing together great performances. Every time this Roma team looked like they were on the verge of something momentous, they will put together a performance that made them question everything. A certain level of criticism has come down to Roma’s inability to finish chances and have the character finished games. These have been issues all-season; however, things seem to have begun to change. going into this game against Bari Roma, we’re winners of their last three; a team that struggled with formal season seems to start getting it together. They beat Sassuolo, which was one of the season’s biggest performance; a team that was ahead of them in the table and was pushing the top Roma ended up winning that game very handedly, which really started their change in fortunes. Then they beat Napoli in the derby Del Sol a team at the bottom of the table, so you got what you would expect from it. last Saturday, they took another team hovering at the bottom of the table; even with this, Roma has struggled against some of these bottom teams, so maybe a victory here doesn’t mean a lot, but their continuous form certainly goes into their favor. This would be the second meeting between the two teams and Roma over, hopefully looking for another three points to push themselves into the top three if possible. After back-to-back victories, they weren’t that far from it, and this was another opportunity to position themselves. 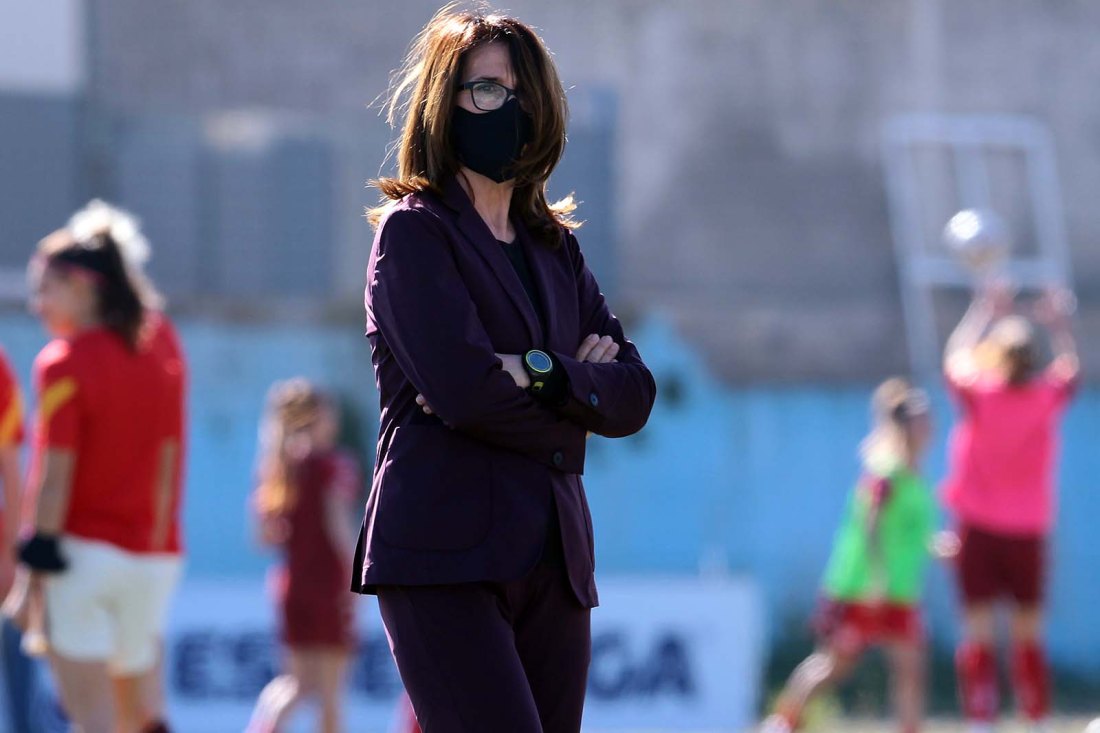 It turned out to be a dominating performance from Roma, and they’re starting to look like the team they were expected to be this season it was under domination. Roma hit it off from the beginning, Alves and Lindsay Thomas at close range misses highlighting Roma is a struggle this season; however, they would only be a couple of minutes of pessimism; it was positive Vibes, pretty much all the way through. Near the half-hour, Mark Roma made their breakthrough in the 29th minute. Roma Captain Elisa Bartoli cut into the box before hitting a low strike that hit off the ground, rolling into the bottom corner as Roma took a 1-0 lead. A little later, Annamaria Seurtuni forcing the goalkeeper to make a great save on a well-hit strike. then shortly after, on a counter-attack, she looked antagonizing, but her finish was just a little off as it went wide. in the 37th minute Pamela Lazzaro Wood Fire Roma into their second goal to give Roma a 2-0 lead.

She is arguably Roma’s most dangerous finisher, and she has not played well lately; my last article about Roma women, I highlighted the frustration with that aspect of Roma. She would not miss on this occasion a beautiful headed past by Andressa Alves led to Pamela Lazaro heading a rocket into the roof of the net, looking almost at Cristiano Ronaldo’s goal against Atletico Madrid in the Champions League standings from a few years ago almost an identical goal. in the closing moments of the first half, Andressa Alves was inches away from increasing the lead even further. Roma took a 2-0 lead into the second half, thanks to Bartoli and Lazaro. it was a completely dominated performance, and in the second half, that only continued. Roma could have added another one just minutes into the second half, but Bonfantini missed an open goal or a nearly open goal. She looked like such a promising start last year, but she really hasn’t played that well this season. Hopefully, she can get her form back and hopes of getting that form that made her so important during the last campaign. However, 7 minutes later Manuela Giuliano scored a beautiful free-kick giving the goalkeeper no chance as Roma ran out to a 3-0 lead. 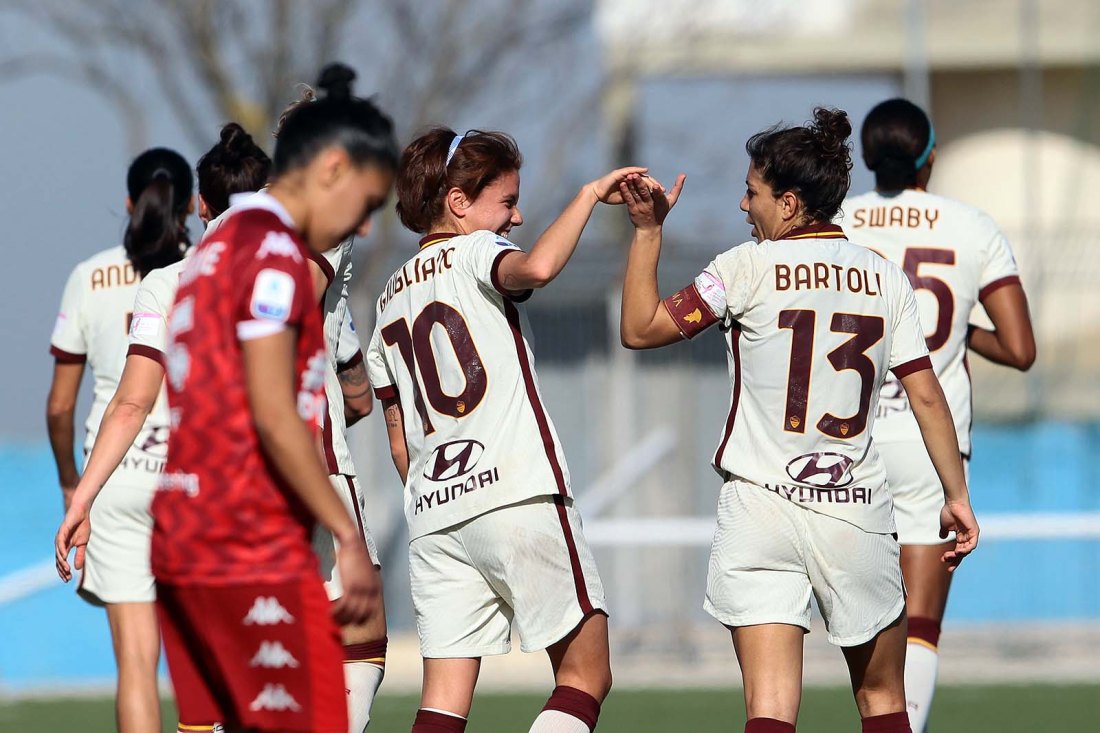 Roma would end up with a fourth in the 61st minute. Roma was given a penalty, Andressa Alves stepped up and converted; Roma got their fourth goal, and what would signify a dominating victory. it may have been a performance against a team near the bottom of the table, but that shouldn’t matter; you can only beat what’s in front of you. For the first time this season, Roma has put together a three-game winning streak and only has lost one game in their last five; they’re really starting to turn it on during the second half of the season and now are within Striking Distance of the top three. In contrast, the top three do not get them into the Champions League; they certainly Are capable of showing their qualities and what would be an improved season from last year. Roma may not be in a title Chase, but they can still turn this season around if they keep this momentum going. Roma, for most of the season, has proven to be a one-woman team over the last couple of games; they have proven they can operate even without the great and Sertunini scoring, which only shows the adversity this team has gone through to get to this point what does the rest of season have in store I’m not sure but Roma for the first time this season or a side playing with confidence Winning fixes everything and they certainly have to feel that right now.