Roma is coming into the Europa League, coming off a 1-0 victory against Genoa as they try to survive a month without their best player. The round of 16 has arrived in the Europa League as Roma continues to try to put themselves at the Forefront of the competition. They went through Braga with a 5-1 victory over the two legs. A former employer, Aroma coach Paulo Fonseca. In the round of 16, Roma would draw another former Paulo Fonseca team, one of the best-attacking sides in the competition Shakhtar Donetsk. Roma and Shakhtar Donetsk faced off in a Champions League round of 16 match-ups the year Roma went the semi-finals. This would be the first match since then. Shakhtar Donetsk advanced through Maccabi Tel Aviv after finishing third in their Champions League group. Meanwhile, Roma finishes top of the group before it getting through Braga. These are two of the best teams remaining in the competition and will be a test for both sides. Roma will host the Ukrainian side at the Stadio Olimpico for the first leg on Thursday night. It is an opportunity to get a taste of what we can expect; ahead of a critical yet exciting match-up in the Europa League. Roma going to this game a slight favorite but only slightly; both teams very much capable of pulling it off; what will happen when these teams go to battle in Rome on Thursday? Will Roma defend Stadio Olimpico, a place where they are unbeaten in Europe or will Shakhtar Donetsk, makes things a little uncomfortable. 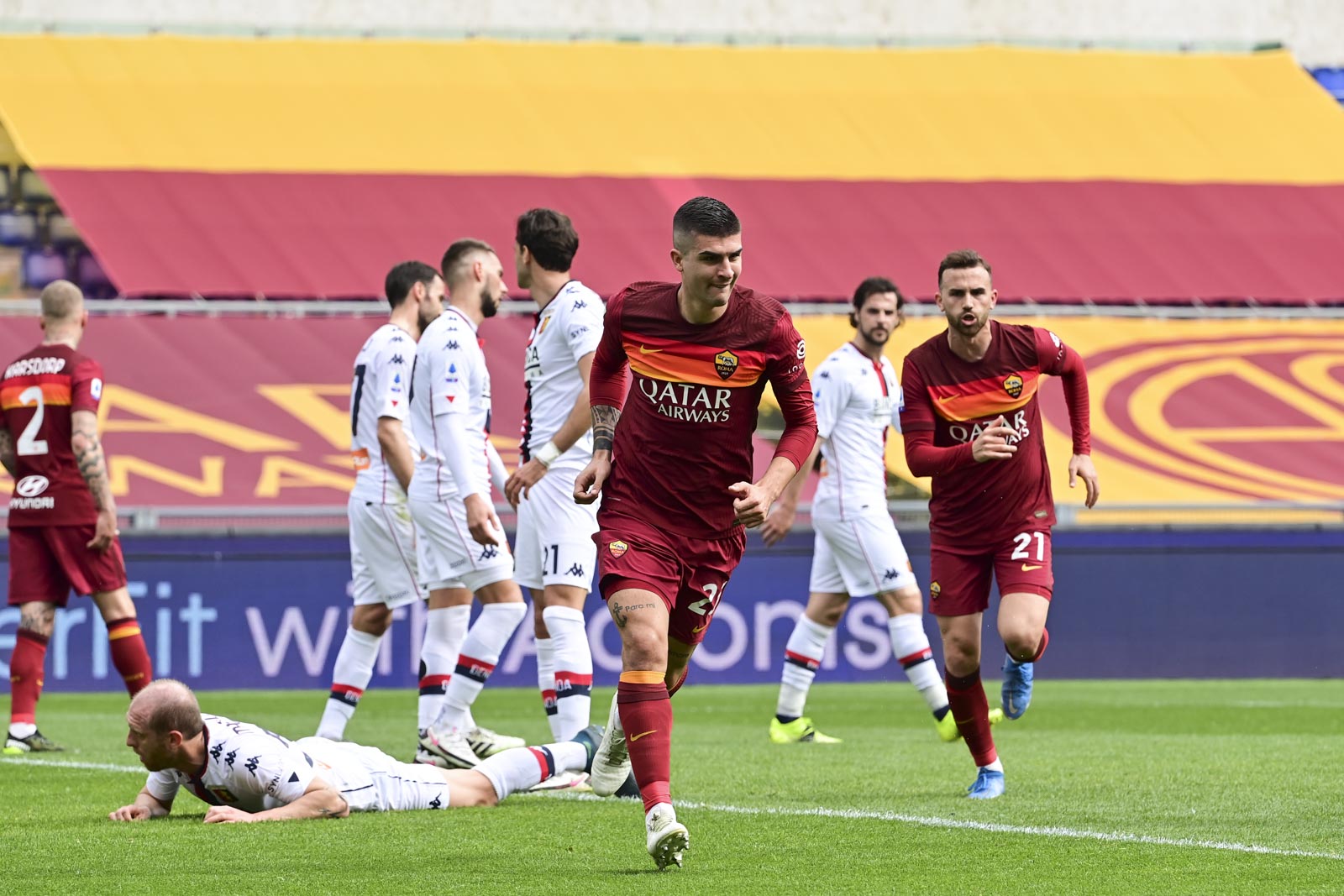 We can expect to see something somewhat similar to what we saw at the weekend against Genoa. Jordan Veretout is Roma’s best player; someone who is the glue of Roma’s counter-attacking football remains out, and Rodger Ibanez, one of Italy’s best center backs, is somewhat banged up still and is unlikely to be featured very significantly. Roma should still operate out of their typical 3421 formation. There should be no change in goal as we should expect to see Pau Lopez between the sticks. The back three as fairly likely to be Gianluca Mancini on one side, Chris Smalling on the other, and Max Kumbulla in the middle. The wing-backs should remain unchanged to what Roma has done this season, with Rick Karsdorp on one side and Leo Spinazzola on the other. In the defensive Midfield with the injury to Jordan, we should see a similar to what we saw last week with Lorenzo Pellegrini alongside either Gonzalo Villar or Diawara. In the attacking, Midfield should be Mkhitaryan on one side and Stephan El Shaarawy on the other. As Roma Central Striker is considering the injury to Edin Dzeko, we are very likely to see Bojar mayoral continue to keep his post up top for Roma. If there is one player that you looked at that has a game for Roma, it is Henrikh Mkhitaryan without the glue of their counter-attack. They need great production out of the Armenian. 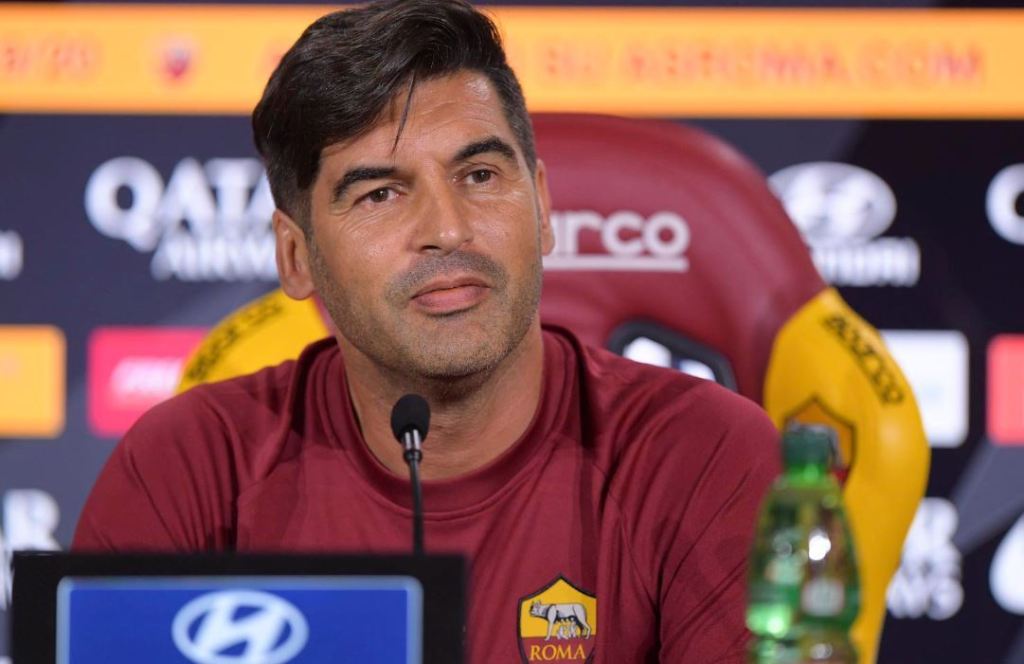 Shakhtar Donetsk has always been a figure in European football. Regardless of who their manager is and what players they have, they always have a team that attacks with great success; they are a counter-attacking side that is never an easy to the game, especially in this competition. This will present a significant challenge for Roma, who will want to start this match off on the right foot. In the Champions League, Shakhtar Donetsk beat Real Madrid twice and ended up getting two draws with likely Italian Champion Inter Milan. They went through pretty easily against Maccabi Tel Aviv in the round of 16, setting up a crucial match-up against former manager Paulo Fonseca and Roma. The Ukrainians currently sit second in the league table, just four points off Dynamo Kiev. However, European football seems to where they have shined in the past. I don’t think anyone really expects them to win the competition, but they have the opportunity to go far. They play a very attacking-minded 4-1-4-1 formation with only one defensive midfielder in the setup they attack openly and honestly. If there’s one player you look for in this match-up for Shakhtar Donetsk, it’s Tete; they don’t necessarily have a star player they attack as a team, but Tete is certainly the standout star inside of this really interesting team. 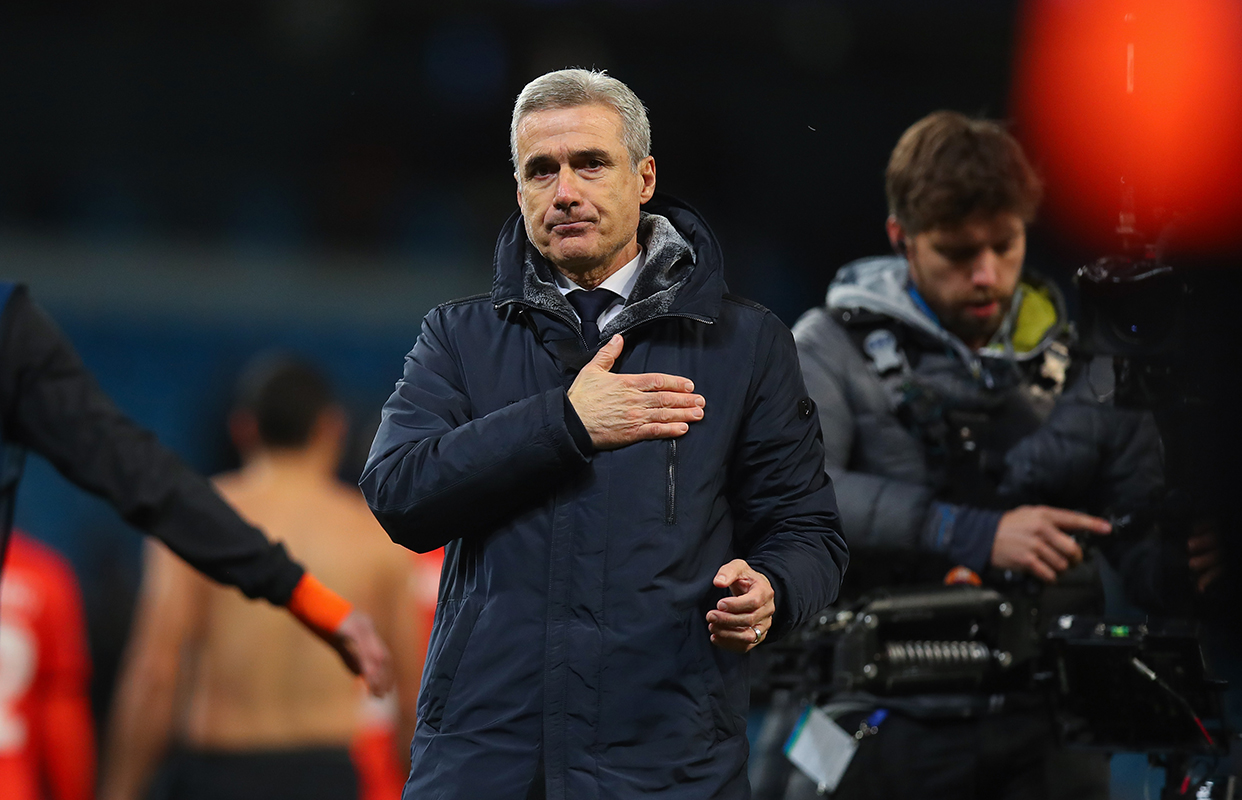 The approach of Shakhtar Donetsk is quite a simple one in this game. It’s going to be very difficult for them to get a result at the Stadio Olimpico, a place where Roma is unbeaten in European competitions this season. However, the objective of the match for Shakhtar Donetsk isn’t necessarily to get a result it is to get an away goal. Even if they lose, it can set them up for the next game. for them to do that, they need to do what they do best. Even though it can be somewhat of a risky approach, Shakhtar Donetsk needs to press Roma from the beginning of the game. They need to attack with numbers and get on the counter-attack as frequently as possible. The Ukrainians must take advantage of the fact that Roma will be without Jordan veretout Roma the best player and the key to Rome with counter-attacking play. The Ukrainians should try to take advantage as early as possible if they get in their early lead, it could put a lot of pressure on Roma to get themselves back into it considering how they played against Genoa despite getting the results they have an exciting possibility of breaking them down at least some point. Trying to exploit the defense is something that they will try to do, but it’s unlikely, especially if Chris Smalling can play. He will hold everyone accountable but the Ukrainians will still try to break them down Shakhtar Donetsk because of the way they attack will play a little open they’re going to have to risk it against Roma, and this is just the style of play in Every Game, so this isn’t something new they will they will play open to push forward they just have to try who control the situation to a certain extent. Considering the situation, they will probably find a way to get an away goal I think it’s unlikely they beat Roma at the Stadio Olimpico but getting a goal is very achievable if they execute. 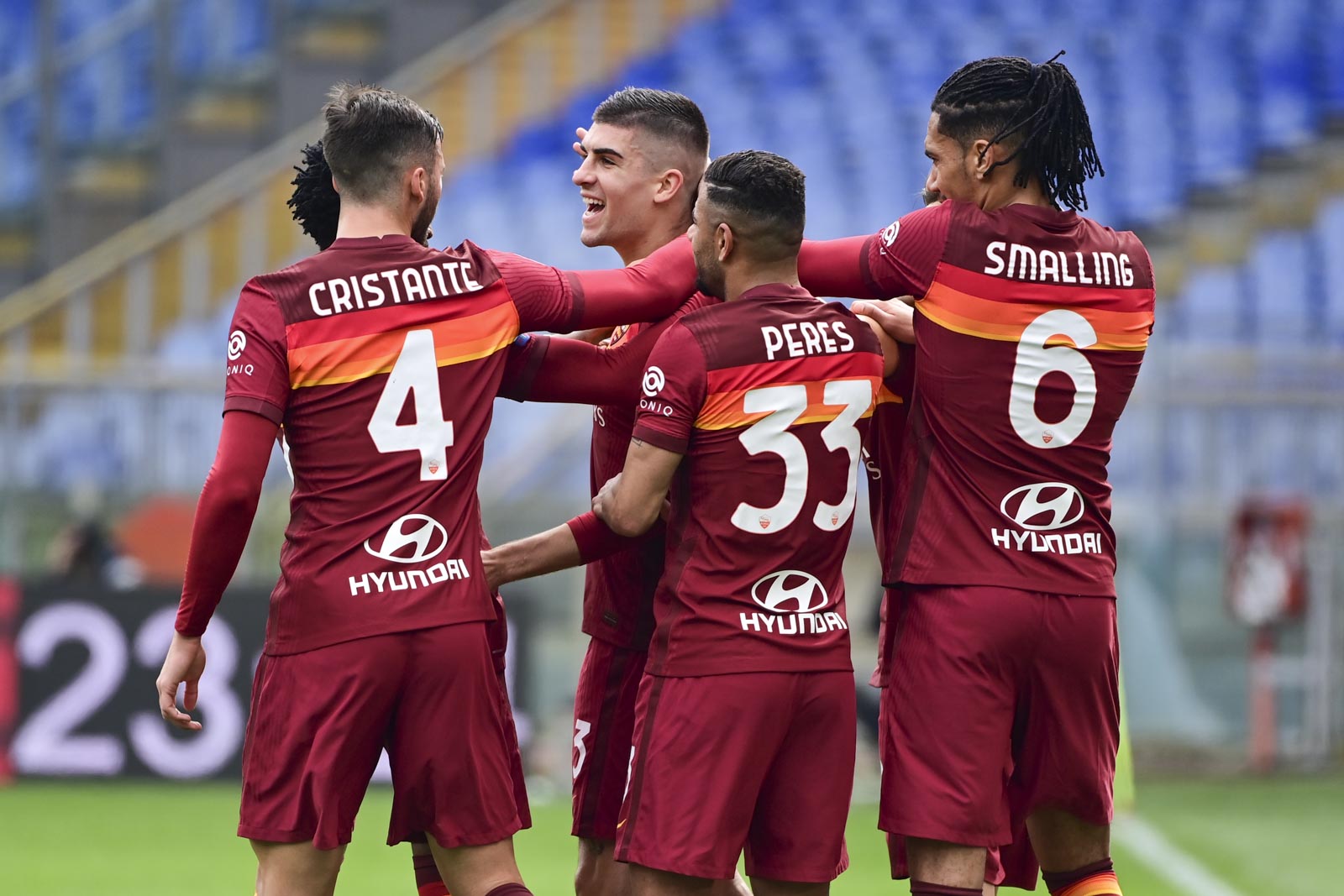 Roma will be slight favorites in this game, considering their form at the Stadio Olimpico being unbeaten in Europe and only one loss at their home stadium in all competitions this season. To a certain extent, we know exactly what Shakatar is going to do the question is how are Roma going to deal with that and how do they respond to it. Roma has all the capabilities to make a big statement at the Stadio Olimpico on Thursday night in the first leg. Rome must win this game and try to avoid conceding an away goal. I imagine that won’t be easy considering how the Ukrainians play. There are two sides to this Shakhtar Donetsk team. The team beat Real Madrid and got two points off Inter Milan, and then there’s the team that got ripped apart by Gladbach 10-0 over two games. They attack with great success, and they have the mentality always to push and press forward. This can also leave them open Roma must try to find a way to take advantage of that. I’m not sure how that’s going to come, whether it’s through the Midfield attack or using the wind backs one way or another; when Roma gets the ball after they push, they will be space to execute. Roma is also a counter-attacking team however, Jordan is the key to that and has been the glue of how well they attack. The way he takes the ball and pushes forward is where the attack starts for Roma. Roma could not do this against Genoa; they did not get on the attack once, meaning Paulo Fonseca we’ll have to try something different or go through a totally different approach; they should try to push forward with Pellegrini in the Defensive Midfield position he doesn’t have the spacing that Jordan has, but if he just Glides forward a little bit more and can be that player in the Midfield that can hold up a ball and get on the run that starts the attack then we may have a chance if that doesn’t work and Roma have an issue with that early in this game they must go to plan B. Roma using their attacking wing-backs, Rick karsdorp and Leo spinazzola, has both proven to have an extremely high level of attacking abilities. If it does not work through the Midfield, they must approach this; differently, Roma cannot go through another game without getting on the counter once. Shatter The Nest will get on the counter-attack at some point this game. Roma will need to deal with that and try to respond with some of their own. Finally, Roma defend extremely well. There are not many positives to take from Roma’s Victory against Genoa. Chris Smalling being back and his pairing with Gianluca Mancini and how they played together as a unit certainly was one of the few positives Roma could take from their victory. They need to have a defensive masterclass together because there’s no way to dress this up. Shakhtar Donetsk will attack them; they will have to have the person now and mentality to deal with that and try to orchestrate chances of Their Own. Paulo Fonseca spent three seasons with Shakhtar Donetsk; he knows this team very well; maybe he has some tricks up his sleeve in which he can attack them; we’ll have to wait and see, though.

The form of either team does not necessarily matter ahead of this match; you want to be riding with momentum, But Here In This Moment, it may not be the biggest component of this game. On the counter-attack, Shakhtar Donetsk is lethal. I just reckon they will find a way to get a goal in this game. Equally, their biggest strength will become a great weakness because of the way they attack. They play way too open at the back, allowing Rome to get enough goals to put themselves in the Forefront of the tie. The Ukrainians getting away goal here, but I see Roma at home at the Stadio Olimpico learning a very tough and hard-fought 2-1 victory. Which will leave plenty to play for in the return leg 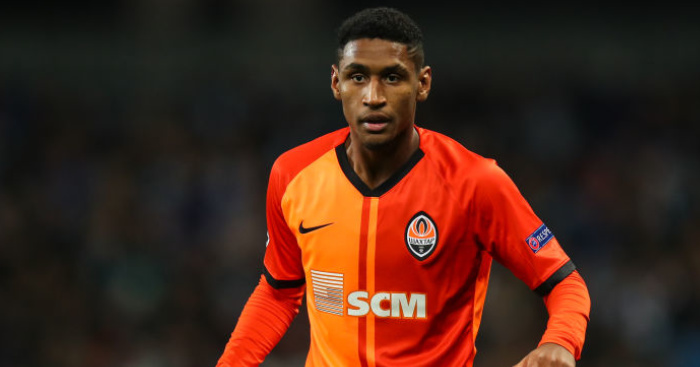