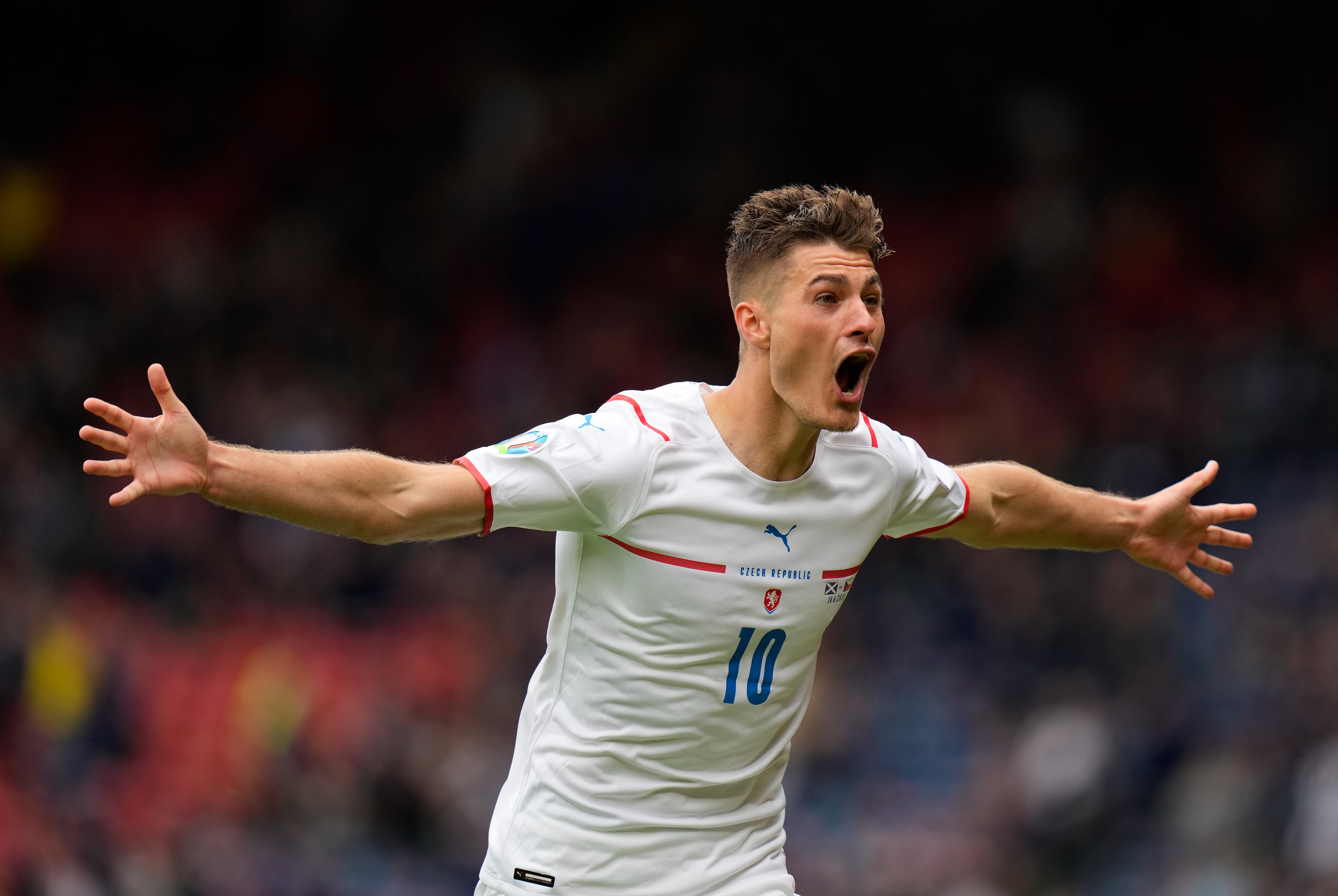 Patrik Schick caused an earthquake at the European championships on Monday afternoon, scoring one of the best goals in the competition’s history. Rather an unlikely source of all of the most significant individual moments in the competition. We are still in the group stages; there’s still a lot of football to be played; there are many unpredictable things we do not know what will happen throughout the rest of this competition. However, the GOAL of the tournament is already over and decided. In the Czech Republic 2-0 Victory against Scotland, we saw one of the very best goals we have ever seen in this competition and International Football as a whole. There will not be another goal of this level of shock value in this competition; this will be the best goal this summer. In fact, I’ll go; further, this is one of the best goals I’ve seen in a decade. He legitimately causes a shock throughout Europe, an incredible jaw-dropping moment that you would have to see to believe in it. In the 2-0 victory for the Czech Republic and they go to the top of their group Patrik Schick led them. The Czech Striker who Bayer Leverkusen purchased scored twice as he was the star performer for a Czech Republic side that was not expected to go very far in this competition. A statement made not only as of the Czech Republic as a whole. The truth of the matter is Scotland got very unlucky; they play very well but missed to many chances, and this match was expected to be about them; they had that qualified for a tournament in 23 years, and this was a real opportunity to get something from this game and hopefully keep things going potentially looking for a route to the next round England and Croatia would also be tough. Still, against the Czech Republic side, they felt that they could have a chance. That’s where the game was expected to be about what we saw from Patrik Schick was unpredictable; no one saw this coming. Scotland played very well, just couldn’t finish, and unfortunately for Scotland, Thomas Vasilik, the Sevilla goalkeeper, had a game for himself, making some wild saves. Preventing Scotland from Ultimate Lee getting the point to give them some confidence going forward into the next couple of games. Patrik Schick arrived in Glasgow and delivered. A championship-level performance of the individual Brilliance of Patrick Schick was the most astounding thing from the entire match. It was more or less an evenly-matched game, then in came Patrik Schick. The Bayer Leverkusen Striker only needed two chances to rip a hole in this tournament. At the very end of the half, the Czech Republic was pushing Scotland back. A cross was sent into the box that Scotland well defended, but that did not matter in the slightest as Patrik Schick rose up, connecting on the header finding the back of the net as the Czech Republic took the lead. Patrik Schick exploded with enthusiasm. The crazy thing is the run and elevation, not to mention the accuracy, made it an extraordinary goal. His second-half strike was so out of this world. 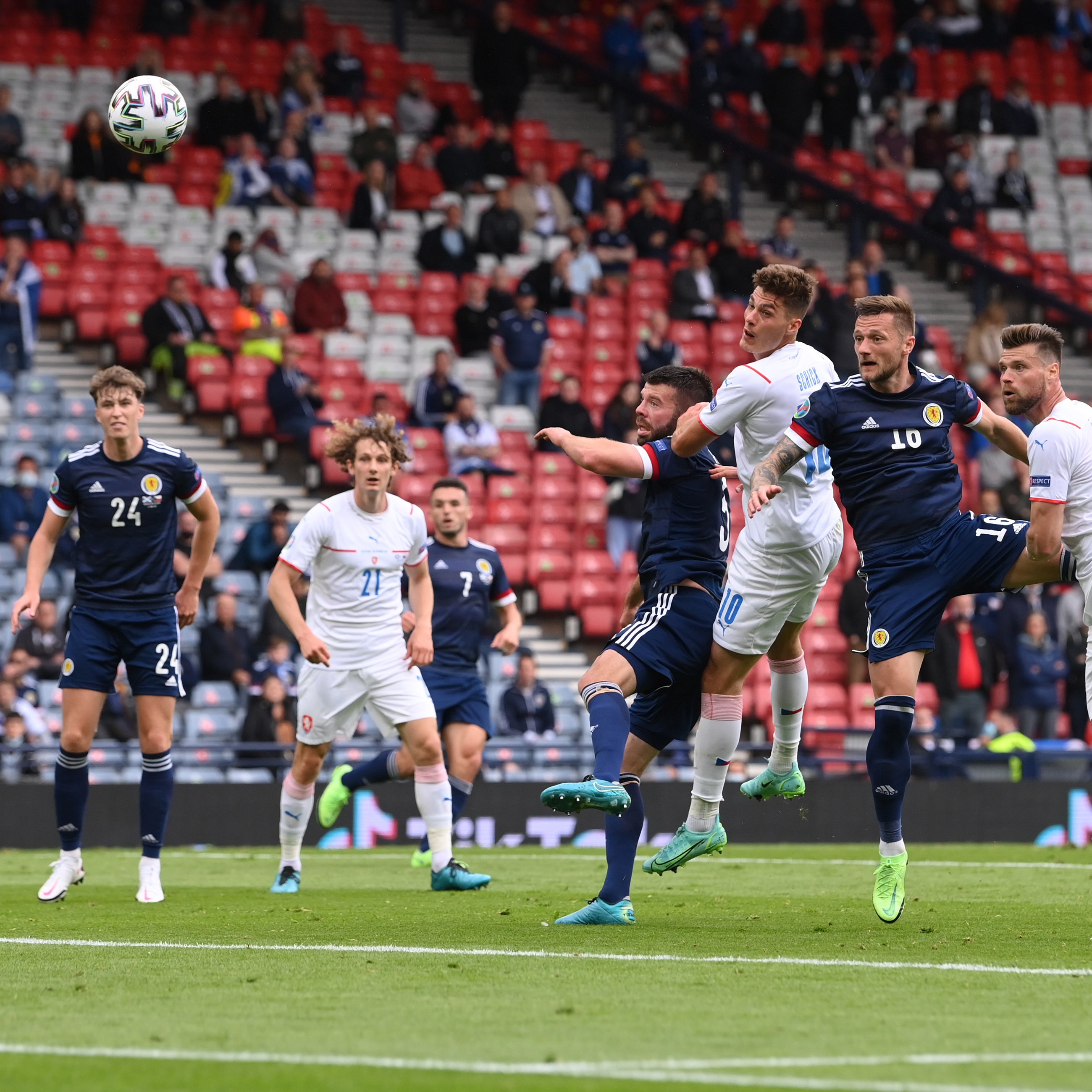 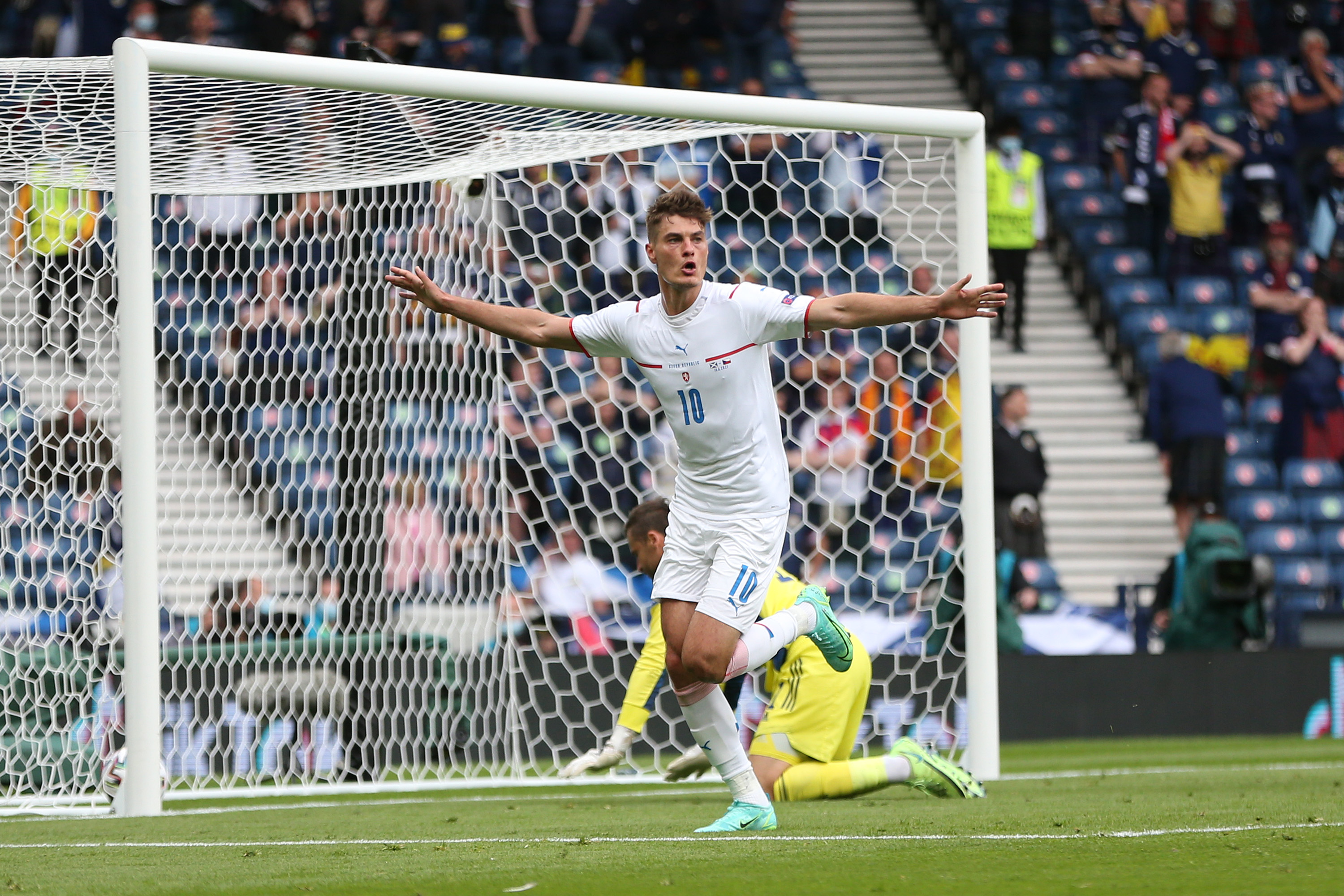 The Czech Republic had the advantage; then 10 minutes into the second half, it happened. Scotland, we’re pushing as they attempted a strike at the Czech Republic goal it got deflected off a Defender as the ball rolled into forward Patrik Schick. Schick had said in his post-game that he noticed the goalkeeper was playing off his line in the first half and had planned to try to take advantage of it. He caught the ball at the halfway line as Schick followed through with power and accuracy with his left foot. Causing a quake in Glasgow, the goalkeeper was slightly out of position; once again, the Striker wasted no time; he followed through on his first touch from Midfield, hitting a deep bomb into the back of the net from 47 meters out the longest goal in the history of the European championships. One of the best goals I have ever seen and certainly the best goal in this competition, maybe even the best goal since Van Basten in 88. An absolute Thunderbolt for outside the box to have the audacity and the conviction to connect on a ball like that in which he had to hit it absolutely perfect, and that’s exactly what he did. Truly one of the all-time great goals. This very particular moment will be etched in Czech Republic history and Euro history, a goal that you had to see it to believe it as he Scored his second as the place exploded as the Czech Republic took the lead while watching a bomb explode in the back of the Scotland net we may have just seen a Loch Ness Monster citing after a strike from the gods. The Czech Republic ended up taking a 2-0 lead, and Patrik Schick became the first player since Milan Barrios in 2004 to get a brace at the Euros. Scotland played well in this game, but two incredibly ridiculous moments from Patrik Schick was the big difference; the Czech Republic now collect all three points they are top of their group with a match against England and age in Croatia. After Patrik Schick’s performance, the Czech Republic could have their eyes on the round of 16 and potentially a dark horse. It was just against Scotland, and you could say Scotland was the better team, but when you have a player that can find individual moments of Brilliance like that, wow, Patrik Schick showed Anything is Possible. The Czech Republic just made a statement through the unique magic that we saw from Patrik Schick, who announced himself on the world stage he is the man for the Czech Republic that was his eighth goal in his last 11 appearances for his National side as he scores perhaps the greatest goal in Czech Republic history and one of the greatest Euro goals of all time as Schick may have just become a folk hero. 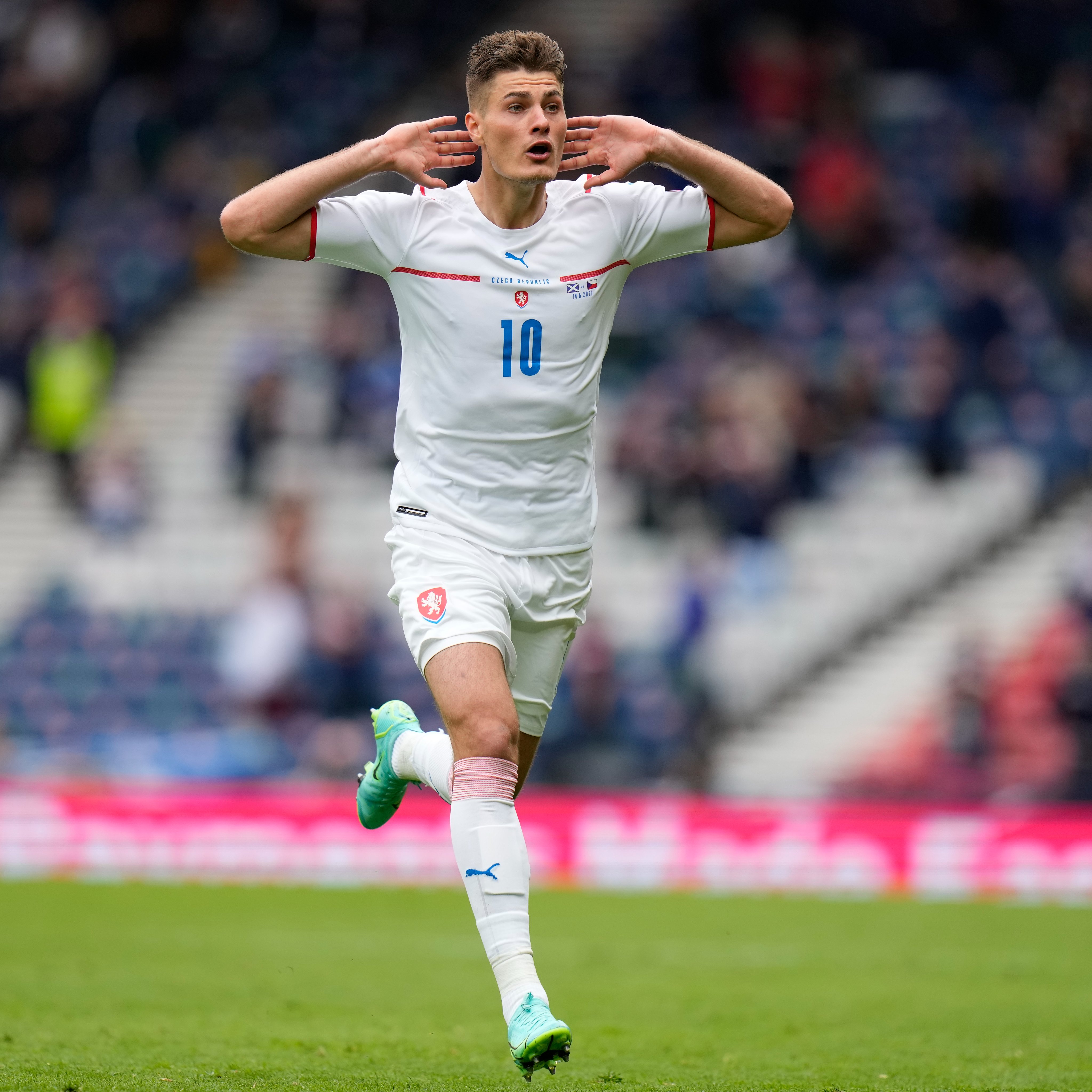 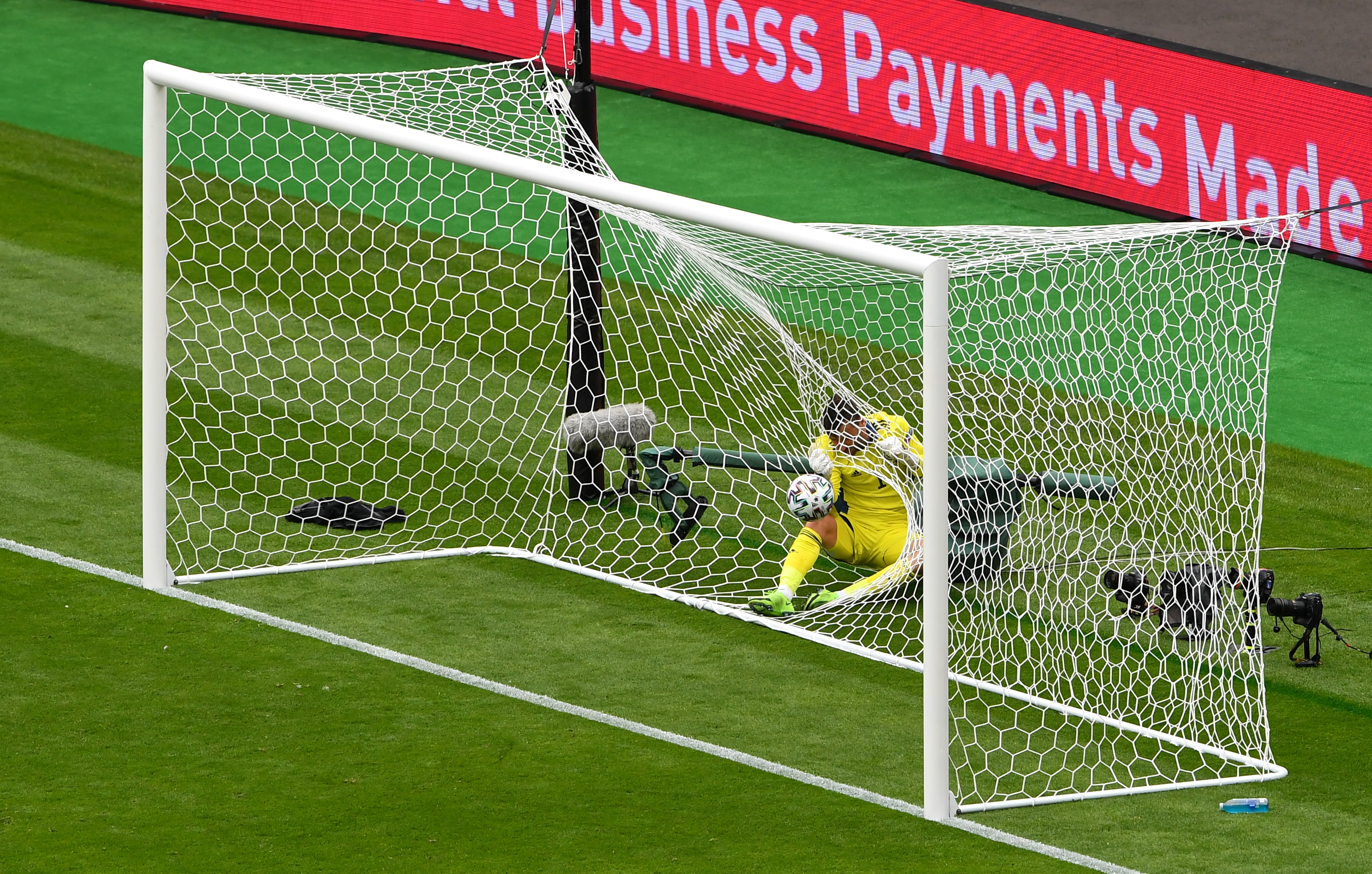 Patrik Schick has been touted as a top talent for many years; he hasn’t quite gotten into it yet and lived up to the hype surrounding him when he broke onto the scene. However, after the performance, we just saw he could be one of the stars of the tournament. Not only did he score one of the best goals I have ever seen, but the opening goal was extraordinary Patrik Schick answer the Bell and delivered in the most significant way imaginable. Patrik Schick takes the Czech Republic to the top of their group was an opportunity to make the round of 16; he also now is the top scorer in the Euros along with romelu Lukaku with two each. If he continues to play well and gets those chances and converts them, he could be a surprise pick for the Golden Boot. It was an unbelievable performance, two outstanding goals and his team picked up two points. This is a tournament that can finally show what Patrik Schick is capable of doing. He is an incredible talent that just needs to get into it more significant if he’s able to maintain the level we saw today against Scotland, he can be a superstar in World football and one of the best players in the Bundesliga; he has the Talent and the natural ability to do that, and a tournament like this is a great platform to launch him in that regard. The 25-Year old still can become an awful lot that performance will undoubtedly give him the confidence. 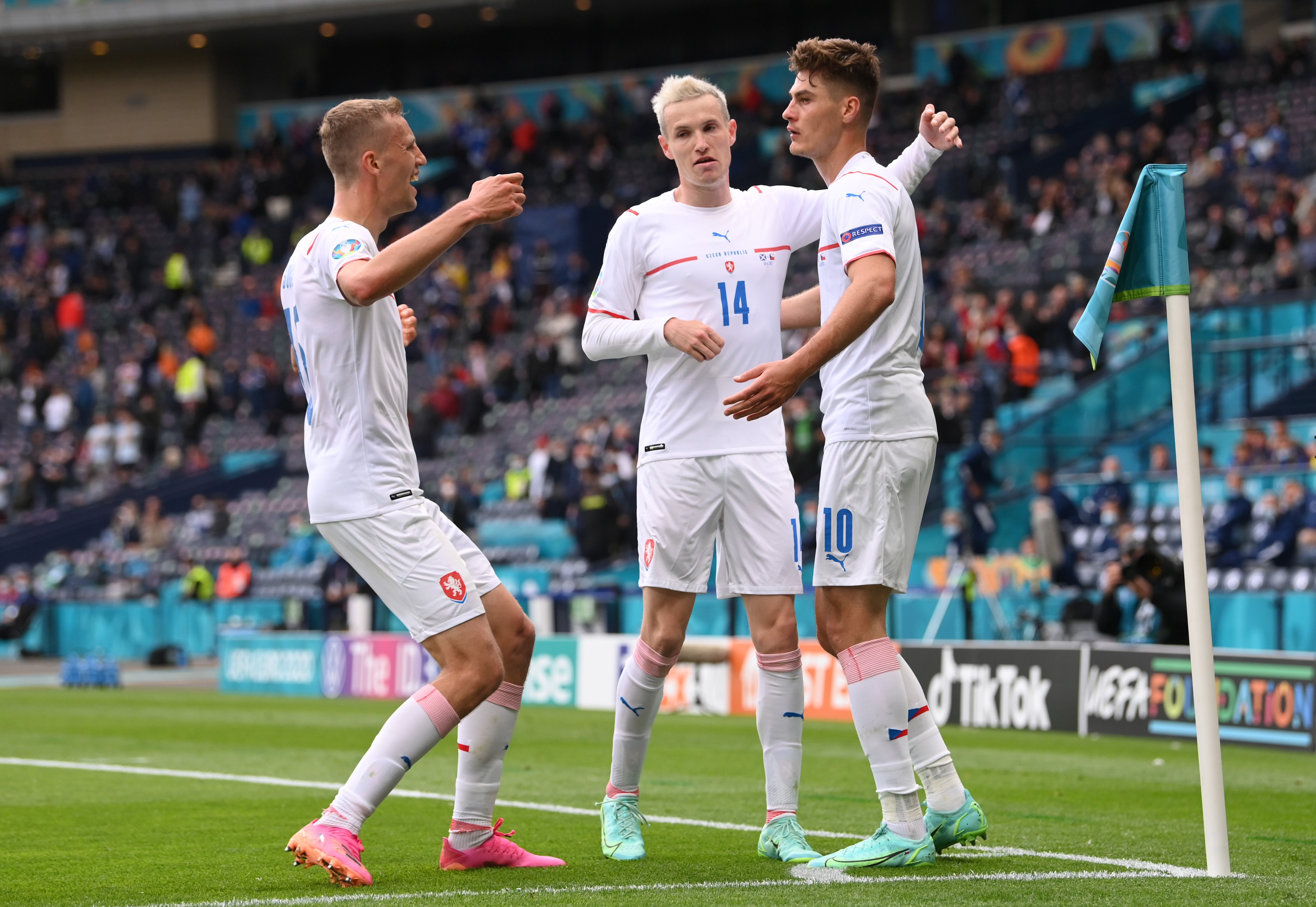 We may have just found the surprise of the tournament and the standout star. Patrik Schick, since leaving Roma has been very productive; he scored 13 goals last season with Leverkusen and scored 12 goals in the previous season with RB Leipzig; he’s had a very effective campaign on both accounts. No one will ever deny his Talent; he can do something extraordinary unique he still is relatively Young and can be that goal-scoring animal that Bayern Leverkusen needs; this was just a platform for him to show how special he can be. If he can maintain this level and continue throughout the rest of this tournament as one of the surprise stars of this competition, he could develop into that Talent we all know he’s capable of; after that performance, there’s no doubt he can become that Superstar after all. It was a welcome to the Euros moment for Patrik Schick, a moment that will live in Czech Republic culture forever releasing a bomb in Scotland; one of the all-time great goals in international football history on the back of a superb performance from Patrik Schick could be the star of the tournament that no one expected.