Kingsley Coman, at one point, was one of the most promising youngsters in World football. He still is very young, only 22 years old. It’s not to say he didn’t live up to it, but given the other stars at Bayern Munich, he was kind of overshadowed by some of the other players he was with. However, he is proven a player that comes through in the big moments. He is a Serial winner; even though he has only been influential in his Bayern Munich title, he was on some Juventus and PSG title-winning teams. He is a constant professional, someone that always seems to come through for Bayern Munich at the right time. Last year in the Champions League final, his header crowned Bayern Munich as champions of Europe, completing the treble for the German champions. The first couple weeks of the Season defensively, Bayern Munich has struggled, and they’re not operating at the standard that they are capable of. Kingsley Coman single-handedly showed that they are still that monster. They’re opening Champions League group game against Atletico Madrid, it was pure dominance by Bayern Munich. Does Atletico Madrid’s goal being ruled out change the outcome of the game? It’s possible, but that’s not his fault. Kingsley Coman was absolutely world-class, being responsible for three of the four goals scored. Serge gnabry out due to covid-19 Robert Lewandowski and Thomas Muller weren’t at their best either. The reason they were able to win that game so single-handedly was Kingsley Coman; the French International displayed a different level of brilliance. Scoring two goals and supplying one assist. His game started with a sliding pass to Leon goretzka, who converted in front of the goal. He was only getting warmed up; he caught a perfect cross out of midair before beating the keeper one on one to score his first goal. A little later, he had a touch of magic, an incredible break in which he dribbled around several Defenders cut inside before sending the ball into the bottom corner in what was a world-class display from him. He may not be one of the first Bayern Munich players you think of, but he certainly looks like he’s going to have a significant role this season. Coming up in the big moments once again. 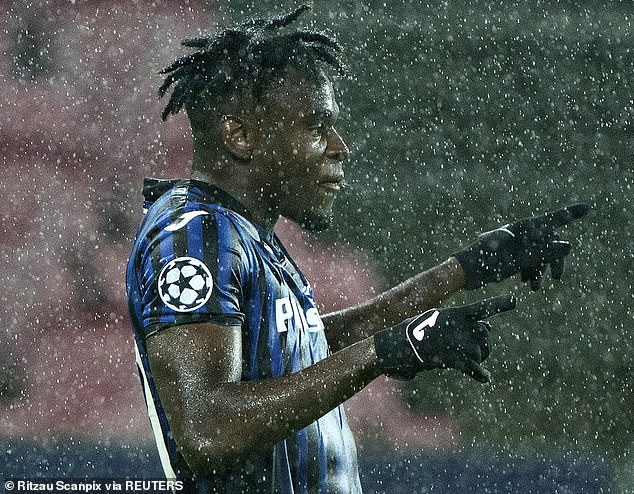 Duvan Zapata had gotten into it that next gear more than any player over the last couple of Seasons. Before going to Atalanta, his highest-scoring season was 12 goals with Napoli. In his first season at Atalanta, he scored 25 goals in all competitions; the following year, he was injured part of the year & he still scored 20 goals last season. The Colombian Striker has become somewhat of a monster but hadn’t really had that iconic Champions League moment. That would finally come. Obviously, Atalanta made the quarter-finals of the Champions League last season, but that team was more lest confided through Papu Gomez and Josip ilicic. Duvan Zapata was still an essential part of that team but didn’t succeed in Europe last season. He was dealing with many injuries and so on and so forth; fully healthy again this season, he has arrived in European football. He had one goal last season in 5 Champions League games against Midyland Atalanta absolutely ripped them to pieces. Duvan Zapata may not be the only one who played a part in that destruction, but he certainly played a significant role & had his moment on the Champions League stage. It wasn’t against the strongest team, but that doesn’t lessen his performance. It was a cold, wet, and uncomfortable evening. In Denmark, they ripped them to shreds, and on top of that, Zapata was responsible all four of the goals having two goals and two assists. Even though the opposition may not have been a massive team that’s expected to do well, it’s vital for Atalanta they’re attacking style team can operate at a high level. Papu Gomez did have the best strike of the night, but duvan Zapata was sensational as Atalanta points out that they are just as much in control of this group as Liverpool. Next week they have a challenging game against Ajax; the result of it will be telling of what this team can do this season in the Champions League. One thing’s clear to me duvan Zapata if he can play at the level that we saw in the opener, and the rest of the team continues to contribute with the likes of Papu Gomez and Josip ilicic, this team will be hard to beat. Duvan Zapata was instrumental as Atalanta brush the opposition in Denmark. 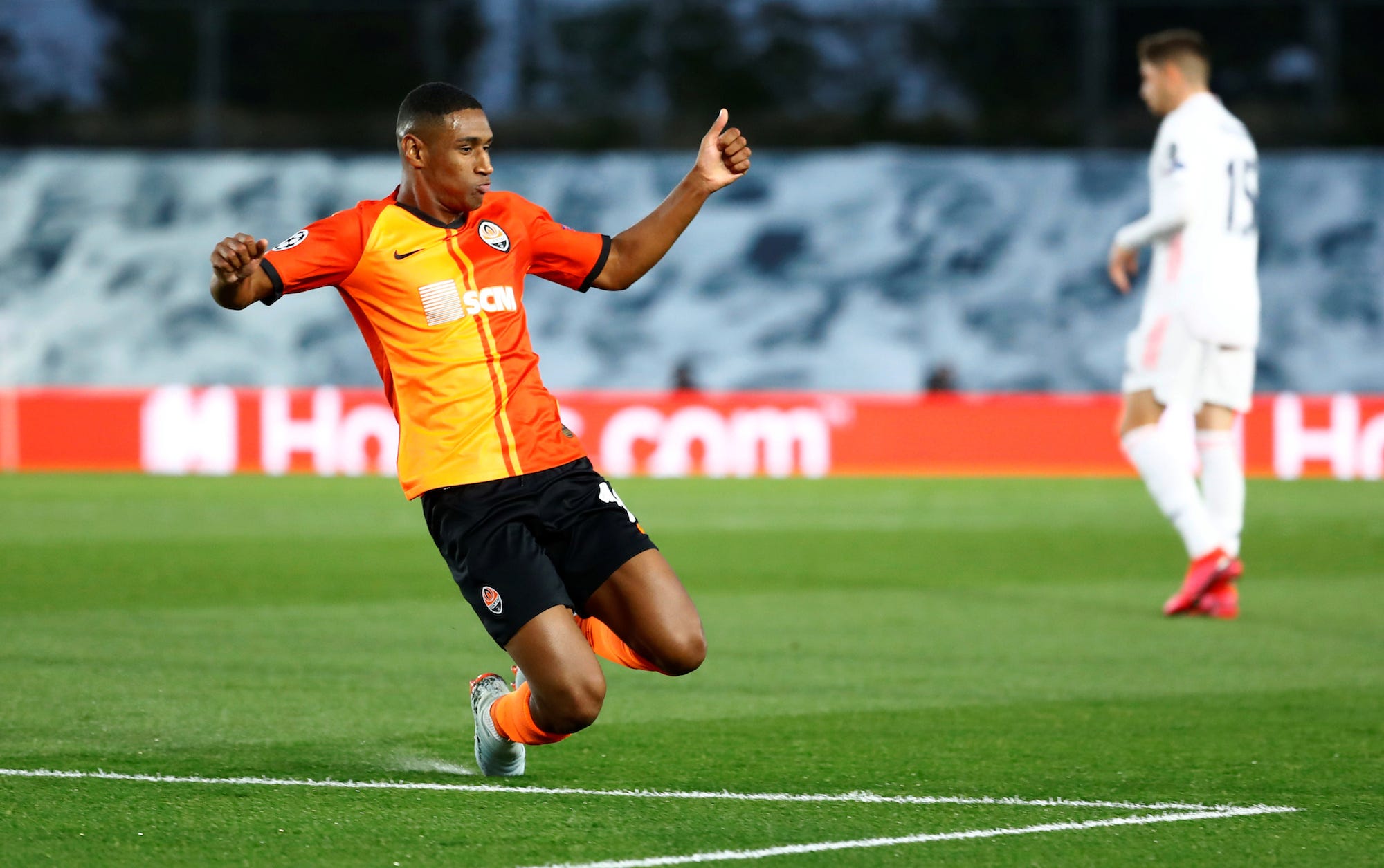 Shakhtar Donetsk shocked the world when they ran up a 3-0 lead on Real Madrid in Spain. It was an outstanding performance, even potentially having the optimism of getting out of the group stage despite the loaded opposition. There were indeed many performances worthy of recognition this week, but the way Tete dominated Real Madrid certainly justify that with an outrageous performance against a Real Madrid team that should have found the match relatively easy. The Brazilian midfielder was so influential in the Ukrainian side, playing with such energy and momentum as the game developed. Obviously, Real Madrid got back into the game, but the Brazilian is a big reason why they had such a big lead. He scored a well-orchestrated team goal getting things started by converting a strike from inside the box into the bottom corner that ultimately put the Ukrainians in the driver seat. On top of that, he supplied a world-class back heel on a Counterattack that set up his Israeli teammate Morelos. He created so many chances not only for himself but for his teammates. On their second goal, it was his strike that ended up being scored on a rebound goal; even though he technically doesn’t get credit for that goal or an assist for that matter, it more or less was one because of how vicious and Powerful his shot was that allowed his teammate just to poke it in at the end. It was an outstanding performance by the Ukrainians. Tete is a player that I think most of Europe is already kind of learning about. He’s only 20 years old and has massive potential to be a world-class Talent. He will not be with Shakhtar Donetsk that much longer; he is too good not to be in one of the top five leagues. Hit development is happening rapidly, and he already is one of the best players in the Ukrainian League, which has a lot of talent. In the end, especially after this performance, Not only was it a great win for Shakhtar Donetsk but on top of that, by the end of this season, he will get big money move to Europe that he deserves. He was absolutely outstanding against Real Madrid; he is the player that makes them tick, and it was undoubtedly evident and his performance.