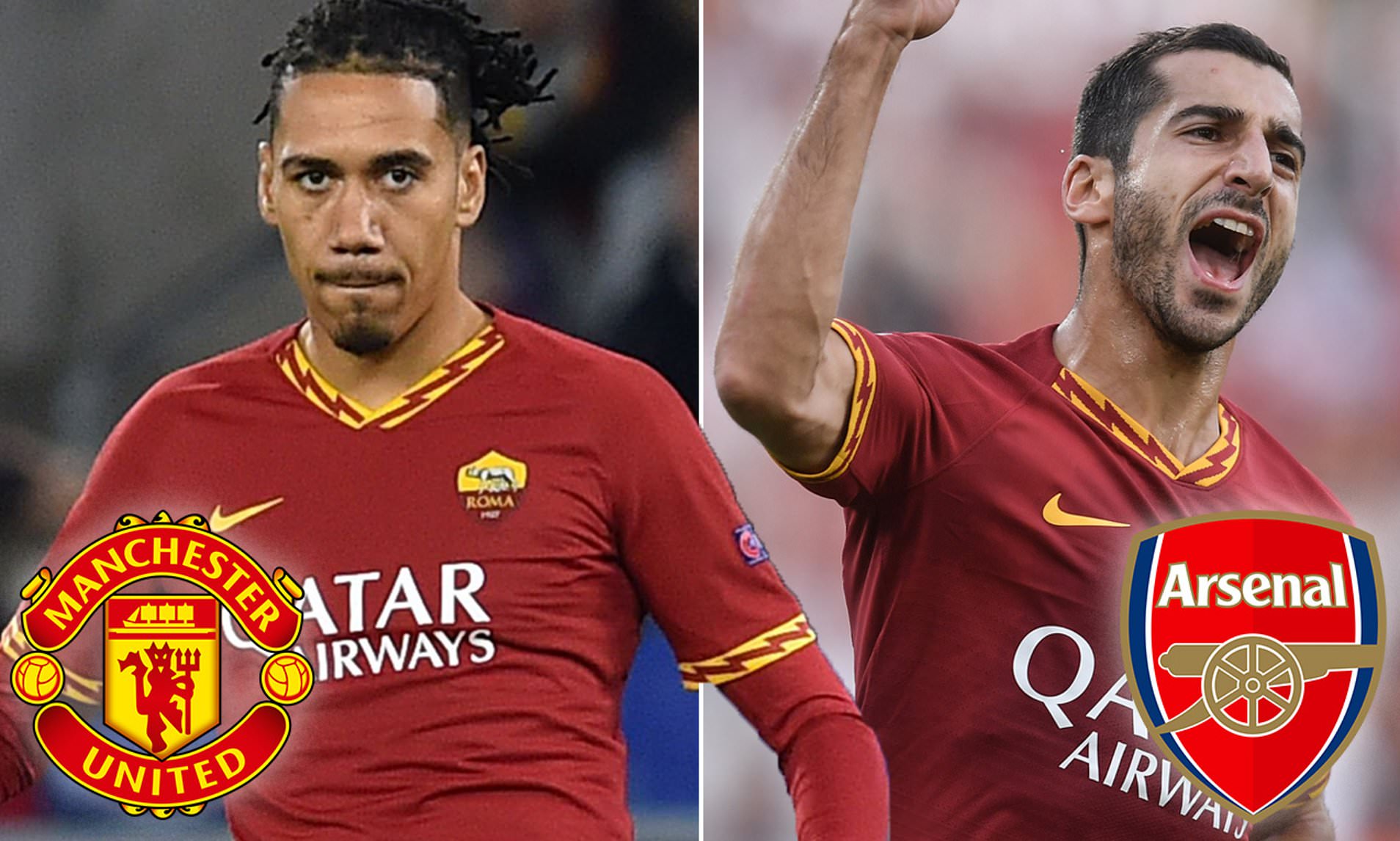 Roma made some late signings in the summer transfer window that turned out to be really essential and crucial pieces to the success they had this season. They may not have had the success they would have wanted but nonetheless, they’re going in the right direction. It’s unclear whether this would have happened without to Premier League Castaways that made the move to the Italian capital. Initially, there was skepticism around the deals they just turned out to be fantastic. Chris Smalling had won countless trophies with Manchester United but there was a narrative that he was past his prime and no longer useful for the Red Devils. They had just spent 80 million on Harry Maguire and they value Manchester United’s other options in the defensive position over Chris Smalling. It wasn’t a signing that I was overly excited about. I didn’t know whether or not he would get regular first-team action or be used as a depth signing. It just wasn’t a signing that excited the fans at the time. However, it turned out to be potentially their best signing of the season. Not only did Chris Smalling kill the narrative that he doesn’t have it anymore but he was one of Roma’s best players this season. Even in some really bad performances, he stood out. He was one of the best center-backs in the entire league last season. Roma desperately wanted to sign him on a permanent deal but failed negotiations with Manchester United as they made things really murky. Chris Smalling initiated himself for the fans really early and was able to score some goals as well even coming from a center back position. The ghost handball in the Europa League might be what people remember most about this season. However, he had been as consistent as anyone this year. The partnership that he created with Gianluca Mancini helped Roma drastically improve defensively. He showed his incredible value and his season included multiple Goal line saves the impact he made on Italian football immediately showed he still has several quality years left. His time in England has surely ended but whether it is with Roma or someone else he will be back in Italian football it’s not just Roma the entire league has recognized his quality. He turned out to be one of the best signings of the entire season. It cost Roma 3 million for the loan and Chris Smalling gave Roma the best season he has had in several years. Roma was also able to sign Hendrik Mkhitaryan from Arsenal on a loan deal. He struggled with the gunners and with Manchester United I don’t know if it’s necessarily fair to say that he was a flop in English football but he wasn’t nearly the player he was with Borussia Dortmund. Arsenal we’re more or less done with him and wanted to cut bait. Roma gave him a possible destination. He completed the loan move to Italy which has since been extended for another season. He was another player that didn’t necessarily excite the Roma fans it wasn’t a signing that caused the fans to lose their minds. There was uncertainty and a bit of skepticism just like there was with Chris Smalling. I questioned how he would fit within the team and if it was the right move for Paolo Fonseca’s football. He ended up being one of Roma’s most important players and contributed both scoring and supplying for others. He ended up scoring on his debut and only seemed to pick up momentum throughout the entire campaign. He was injured for a chunk of time seeing him miss with some big games however he was very impressive. He thrived in Italian football. He ended up being Romas second-leading scorer behind edin Dzeko with eight goals and 4 assists. He eventually maintained a more or less regular starting position on the left-wing and sometimes playing centrally he also came off the bench and provide a spark in many games in late-game situations. He became an incredibly important player and provided a lot in the attack. He took Italian football like a fish to water it did not take him very long to grasp Italian Italian football he became a difference-maker in a lot of games and one of Romas’s very best players this season. Especially going forward as he scored some really great goals an often looked like a danger. In the attack in the link of play with the  Pellegrini and edin Dzeko he showed his qualities he was much better and a much more refined product than anyone expected he went from a flop in the Premier League to a star in Italy the transition was exceptional and a lot of that is on Paulo Fonseca who helped him not only progress but become a player that the team could count on Especially in big games. He found a home in the Italian capital and Roma ended up extending his loan with the intention to buy him permanently much like Chris Smalling he fell in love with the city and really became a huge part of this team. However, unlike Manchester United arsenal was willing to negotiate and get the deal done. Both Chris Smalling and Mkhitaryan ended up being incredibly strange signing for Roma to make at the end of last year’s summer transfer window regarding the narratives that were attached to these two players there was skepticism and doubt whether or not they could be effective players not only did they prove they could handle Italian football but they were some of Roma’s best players this season. Roma probably does not have the same year and progress in the same way without the Premier League Castaways as they both became top 50 players in Italian football In what seemed like an unlikely turn of events prior to the signings. 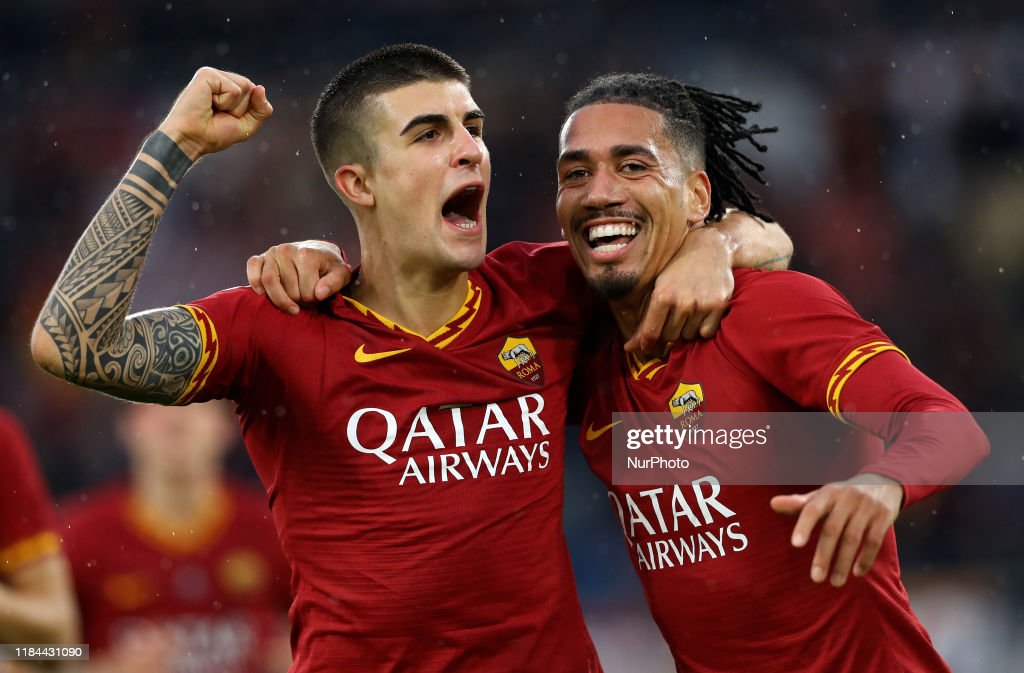 One of the biggest issues with this Roma team heading into the new season was what they were going to do defensively. In the previous season, they were atrocious in the defensive area conceding twice as many goals as the year before. In addition to that, the defensive Midfield wasn’t nearly strong enough and they were conceding goals at a high rate largely because of the defense and that part of the Midfield. They played the likes of Javier Pastore and Bryan cristante in those positions. Not nearly good enough. On top of that, they also lost one of their most important pieces of the defense. Kostas manolas the Greek center back has been essential to the Roma backline for the last several seasons. He seemed to be as crucial as a piece as any. Federico Fazio what his center-back partner. When the Argentines initially came to Roma his first few seasons he was one of the best players at his position in Italian football. With Federico Fazio, we started seeing the decline as he was to mistake-prone during that season. With that combination teams continually ate them alive not to mention they had hoarded display from the goalkeeper. That Still Remains to be a slight issue but collectively Roma as a team made incredible strides in their defensive Improvement. They brought in Gianluca Mancini from Atalanta a player that looks like is going to be a future captain of this team. Qualities aside something I’ve really liked about him is the way he holds people accountable he has incredible leadership skills and probably at this moment is one of the top five center backs in Italian football a player that looks like he’s going to be at Roma for a long time. even though he can occasionally make mistakes he has been well worth the money that Roma paid. on top of that Chris Smalling was brought in from Manchester United on loan he acted alongside Gianluca Mancini as his center-back partner. Individually they may not be the most talented bunch as individual Talent however as a partnership I’m not sure there was a better duo in Italian football. Both players are defensive-minded but have found a way on the scoresheet this season really showing the quality that had at the center back position. Unfortunately, it seems unlikely that Chris Smalling is going to return to Roma this season but with that being said Roma will probably buy another center-back in the transfer market, and on top of that they have one for the future and Rodger Ibanez. He was brought in in January from Atalanta he was only recently broken into the team but in the small sample size, we have seen from the Brazilian he has been nothing short of Sensational. He may not be a player capable of Starting Games next season at least on a regular basis but he will get starts for sure at many points. He has the qualities and will be an absolute nightmare he is an animal and can continually wear out attackers. The number says what they say but this has been a much-improved season defensively. In addition to that, we saw Riccardo Calafiori make his Roma debut on the last match of the Season. It was a tremendous performance and even though it was only one game that he has played he showed that he has the talent. The other thing about that is he plays Roma’s biggest position of need. There’s significant Talent not only in the fray but players that will be effective in the next couple of years. Roma’s biggest issues are the right back and left back position it simply has not been good enough although Leo spinazzola has been really impressive late in the season. Despite some of the issues at left-back and right back and has been an incredibly productive and much-improved team defensively. Also made improvements in the defensive midfield with Jordan Veretout Roma’s best player this season and Diawara one of the best sets in Italy. With a new goalkeeper potentially coming in this season it will limit the number of goals conceded and even though Chris Smalling isn’t going to be back if Gianluca Mancini is giving a solid Center back partner they will only get better in this area. they showed their qualities especially late in the season where they only conceded a small number of goals if they continue to improve Roma’s biggest weakness and GAP will start to close this season they took great strides defensively that appeared to be one of their biggest weaknesses last season.