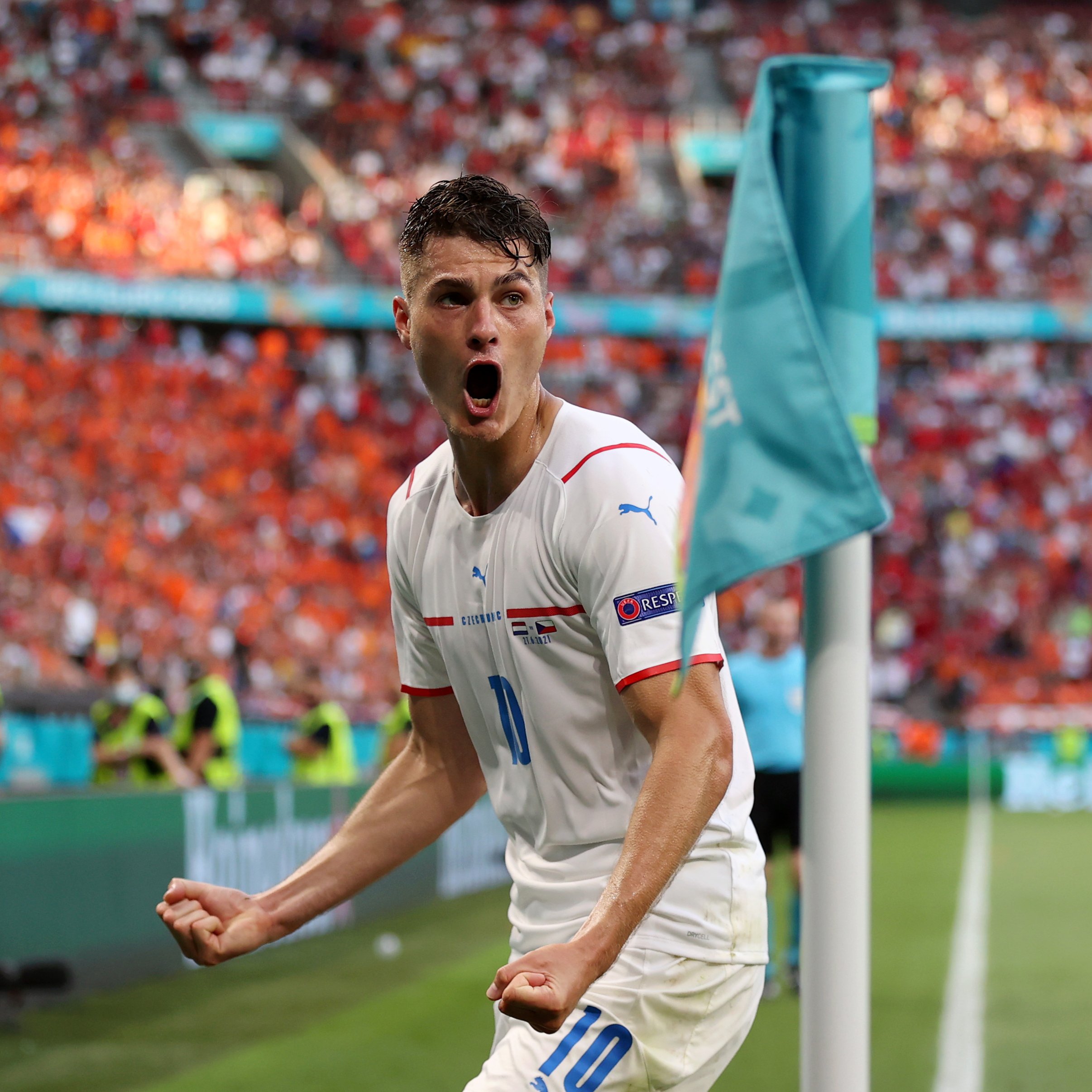 The round of 16 continues to be full of drama and unpredictability. A Denmark side that lost their best player Christian Eriksen in the first game due to a scary cardiac arrest continues to fight on drowning Wales in a 4-0 victory to find a way into the quarterfinals. Then we saw the Italians barely get by Austria in a brutal test for one of the favorites to win the tournament. Denmark would have to wait and see who they would play in the Quarterfinals; it would be between the Czech Republic and Holland taking place in Budapest with a place in the last eight up for grabs. The Czech Republic, led by Patrik Schick, attempting to make a history of their own, another team is flying under the radar and putting themselves in a position to go on a Deep Run of their own. Patrik Schick has already scored the goal of the tournament and has been one of the best strikers in the competition; they were going to pose a significant threat; getting through the first hurdle could be a pathway to the euro final. Lining up against them would be the Netherlands, one of the most talented teams in this competition with so much quality going from Back to Front. one of the few world-class teams in Europe at the moment, the problem was a fantastic coach was not patrolling them. The question was whether or not the coaching and mismatched would catch up to them. Despite all of that, the Netherlands still has a fantastic scene with possibilities of doing something exceptional. a pathway to the final lights up with a victory for the Netherlands; it turned out to be a tense battle in the Hungarian capital. Could the Czech Republic outclass A significantly more talented Dutch side was the Netherlands side for real? The talent was definitely there would be coaching mismatch get in the way of potentially positioning themselves for the Euro final of their own right. Both of these teams are on the weaker side of the bracket, whoever advances without a fantastic chance getting to that most elusive game at Wembley. The Czech Republic finished third in their group but still qualified while the Netherlands finish top of the group despite being in the weakest group in the competition. This was going to be a testing matter between two teams with their eyes on the quarterfinals. 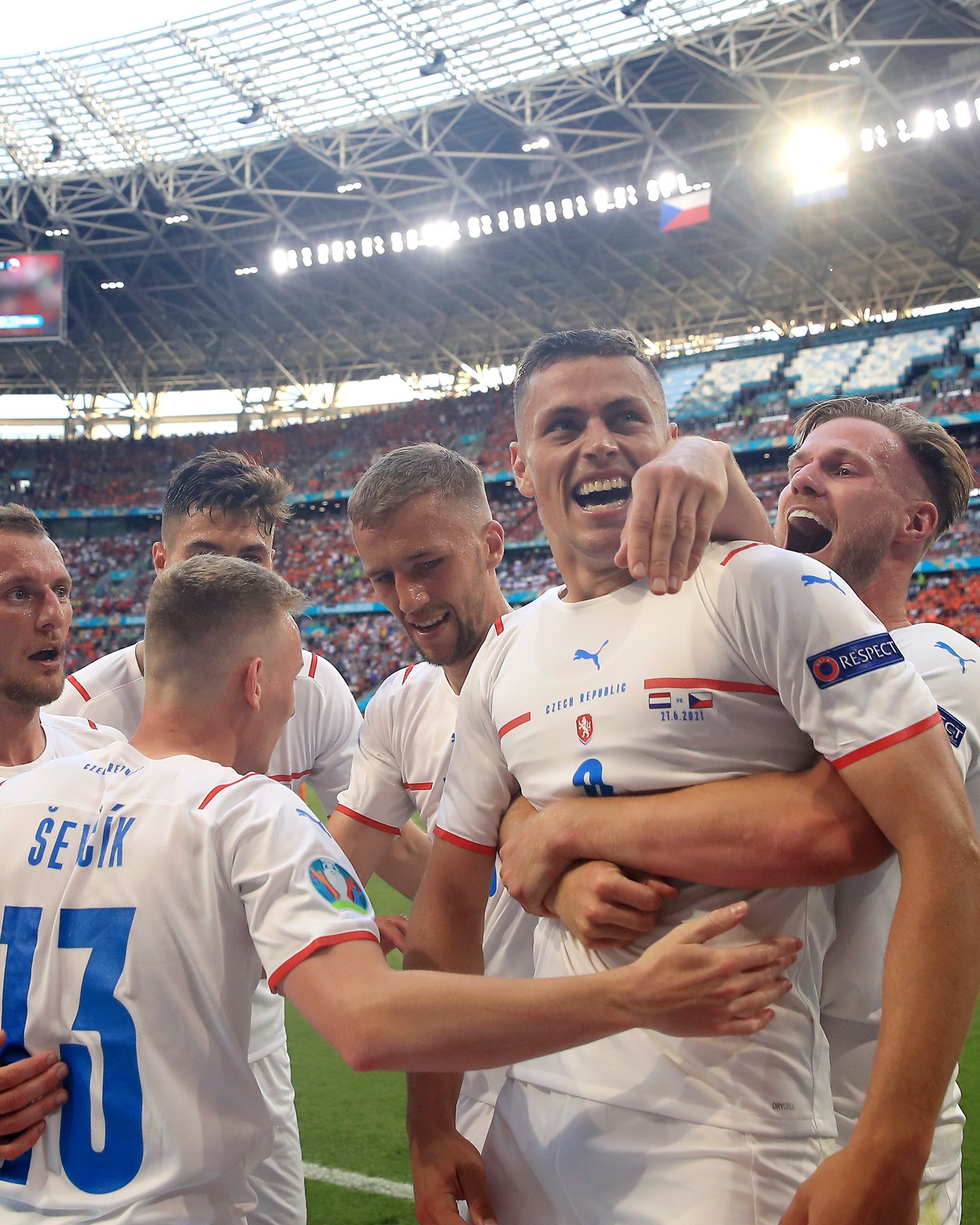 The Netherlands, from a talent perspective, has one of the most complete and deepest teams in the tournament. Arguably the best player so far in Denzel Dumfries, who has been a revelation and one of the breakout stars of this competition, along with a very formidable Midfield led by Gini Wijnaldum impressive attack installation with Memphis Depay Donyell Malen and Wout Weghorst. Top to bottom, they had to be a more talented team than the Czech Republic; they were favorites going into this game, and despite having all that, there was a certain belief from the Czech Republic. They were not expected to get out of the group, and no one thought anything about them going into this tournament; despite having a very productive team, they didn’t seem to have the correct ingredients to really put together a run at the quarter or semi-final, in fact, I think a lot of people were surprised they made The Knockout rounds at all. No huge name significantly the Czech Republic is lead by Patrik Schick. The Roma flop ultimately became good in the Bundesliga playing for RB Leipzig and then Bayern Leverkusen. He has been the main man for the Czech Republic in this tournament, scoring three goals in the group stage, including the best goal of the tournament; his halfway line goal against Scotland will be remembered for decades to come he has the potential to become a folk hero with the chance and a chance of getting into a quarterfinal. Outside of Patrik Schick, the Czech Republic has Tomáš Vaclík from Sevilla and Tomáš Souček from West Ham with a lot of other contributing parts. A superstar does not lead the Czech Republic the Netherlands have several for the Czech Republic really only have one alongside a collect two teams that played great football together and have that Underdog mentality to be able to prove everyone wrong. in the round of 16 match in Budapest the Czech Republic understood the role they needed to play against a Netherland side that has been very wasteful in front of goal and even though the Netherlands has the best defender in the world, there are ways to infiltrate the Dutch defense and the Czech Republic just need to wait for those types of opportunities. As expected, the Netherlands got forward very significantly, but luckily the Czech Republic backline made things very difficult. Every once in a while, it looked like the Netherlands could potentially breakthrough; however they’re finishing in front of the goal was horrid; the setup by Frank de Boer was totally wrong and missed some absolute phenomenal chances, most notably the one on one that Donyell Malen missed. They were letting the game fall into the Czech Republic’s hands because of the missed opportunities they were accruing; as the game went on, it slowly went into the Czech Republic hands. they waited for their moments they hit on the brake, got into dangerous areas, and continue to show that they are as capable of any one of getting to the quarterfinals and Beyond. Really well control a game from the Czech Republic Midfield and Patrik Schick continued to play exceptionally well; he found those moments, and it was only going to be a matter of time. The Czech Republic dealt with a couple of close calls before really putting it together. The Netherlands did not play well at all in the second half as the Czechs continue to push and make the Netherlands uncomfortable. Even though Holland is the more talented team with a collection of fantastic players, the Czech Republic was standing their own, and the match was about to reach a Breaking Point. Even though the Netherlands had a possession Advantage, the Czech Republic allowed it to happen and just waited for the chance to pounce. The Netherlands was reduced to 10 men when Mathias Deligt was sent off for a red card. The Czech Republic found their breakthrough with Thomas Holes heading a strike into the roof of the net, and they took advantage of the disadvantage as the Czech Republic took a 1-0 lead. The Netherlands desperately try to get back into the game, but the Czech Republic was in control and, even more so, continue to fight and Prague through the game, looking for a second goal to finalize. The game was coming to a close with just 10 minutes remaining. Patrik Schick supplied that knockout punch finding space into the box before beating the keeper, sending his strike into the bottom corner to end what seemed to be a fraudulent Netherland side ultimately. Patrik Schick is the man again for the Czech Republic, scoring his fourth goal this competition; after the ball rolled into the back of the net, the Czech Republic star exploded with excitement as he supplied the spoils sending the Czech Republic into the last eight the Czech Republic explodes with excitement as they took down one of the Giants on the way to the quarterfinals. 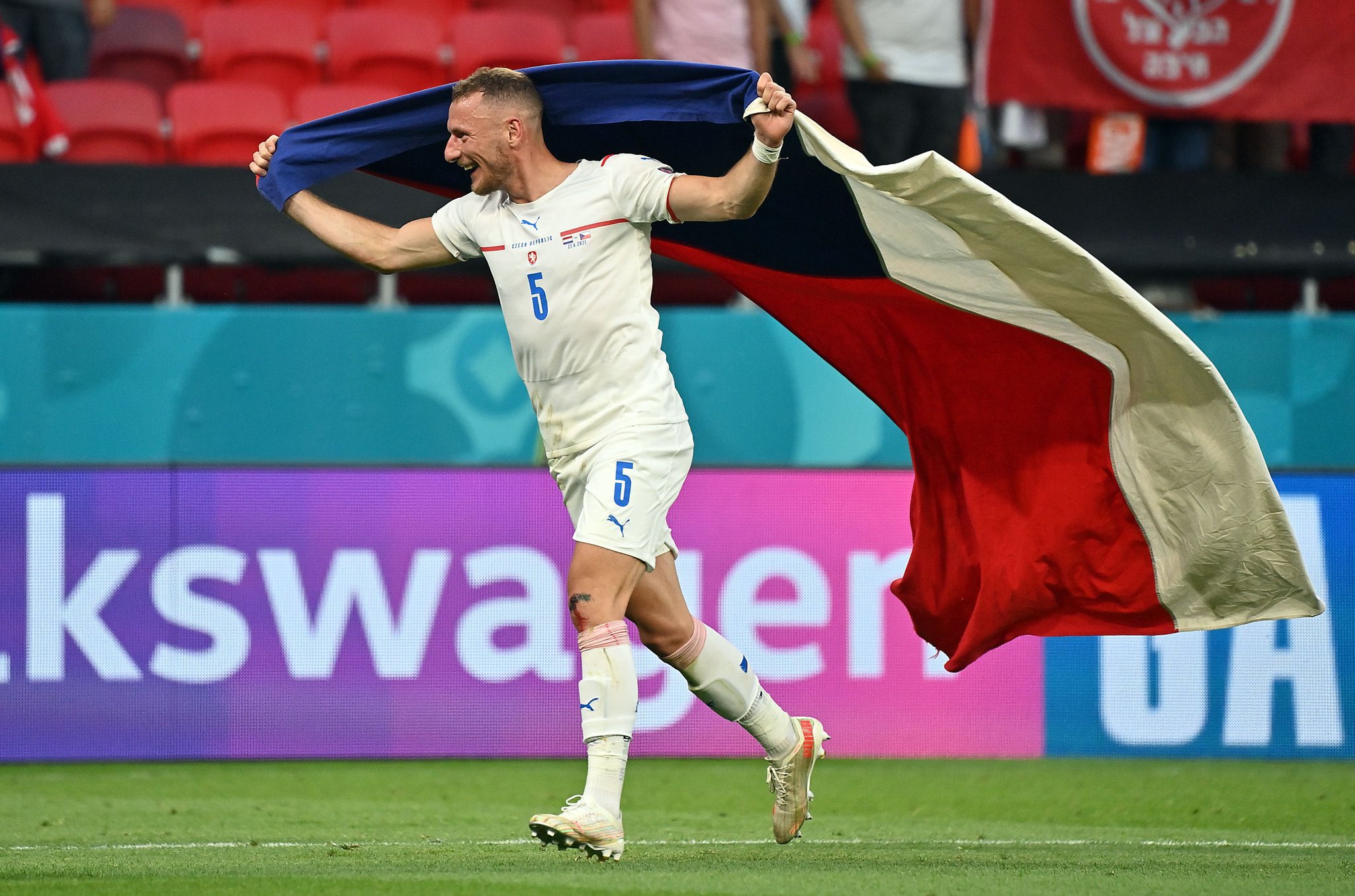 The Netherlands had not been involved in a tournament in 8 years; they were building something special behind the scenes over that time, becoming at least a significant player in Europe. They look like they were ready to take on the world, but they turned out to be the biggest frauds. Ronald Coman was in charge of this Dutch side, and we’re playing fantastic football until Barcelona came calling and he left. They brought in Frank de Boer, a manager who failed in his last three jobs: Crystal Palace Inter Milan, and Atlanta United. They misjudged the situation, failing to appoint a proper coach who could take this very talented Dutch side places his management Style was uninspiring and underutilized a very strong and deep Netherlands team. They need to take a careful look at themselves as they approached the World Cup in a year. Can they really trust Frank de Boer? I think the answer to that question is no. That was the only criticism you could have possibly had for this team coming into this tournament. They came up tiny as they went out to a significantly less talented Czech Republic side but now find themselves in the quarterfinals. Patrik Schick leaves this Czech Republic side Into The Knockout stage and now into the quarterfinals. They will have a date with Denmark next week. In what will be a quarterfinal with a pair of underdogs going at each other. Denmark has emotional turbulence driving them as they were performing for their teammate Christian Eriksen. There’s just a certain feeling that Denmark will win this tournament, but the Czech Republic has as good of a shot as anyone. Denmark is the more talented team, certainly not by a lot because it’s a very nip-and-tuck battle between the two. Patrik Schick has been the surprise of the tournament; he has led this Czech Republic side into battle against the odds making the round of 16 and now the quarterfinals. There are other contributing parts of this team; they’re all there supporting Patrik Schick beer similarities between the two because Denmark and the Czech Republic are somewhat similar. Denmark’s Supporting Cast is probably better than what we see from the Czech Republic. However, Patrik Schick has been such an important starring man putting this Czech Republic team on the verge of history. He has already scored four goals in his tournament the best striker in this tournament. Even though I don’t believe he will leave by Bayer Leverkusen this summer, he has enhanced his reputation in European football so significantly he’s coming off an outstanding season with Leverkusen. Taking that momentum into the Euros to become one of their best players. It is a perfect recipe for success as we are finally getting to see the best out of Patrick Schick and on his current form, even against an emotionally driven Denmark side. Patrik Schick may be the player to slay the Beast. Potentially going up against an Incredibly driven Denmark side, and then you look at a potential matchup with Germany and then either Belgium or France on the other side, there was little to be expected from Patrik Schick. He has been one of the best players in this competition; there’s a lot at stake for this Czech Republic side; they may not be as talented as other teams. Still, they have a terrific supporting cast; they play excellent football together and led by a Patrik Schick that has shown to be a leader and to operate out of emotion; he is an absolute Warrior. We’ve seen that in this competition, the Euros are always complicated because sometimes underdogs can slay the Beast. Challenges lie ahead for the Czech Republic. They will need Patrik Schick to go into the lion’s den and cut its head off. They will have nothing to be afraid of their playing with house money, and without fear, the Czech Republic may just be the sweeping Giant. 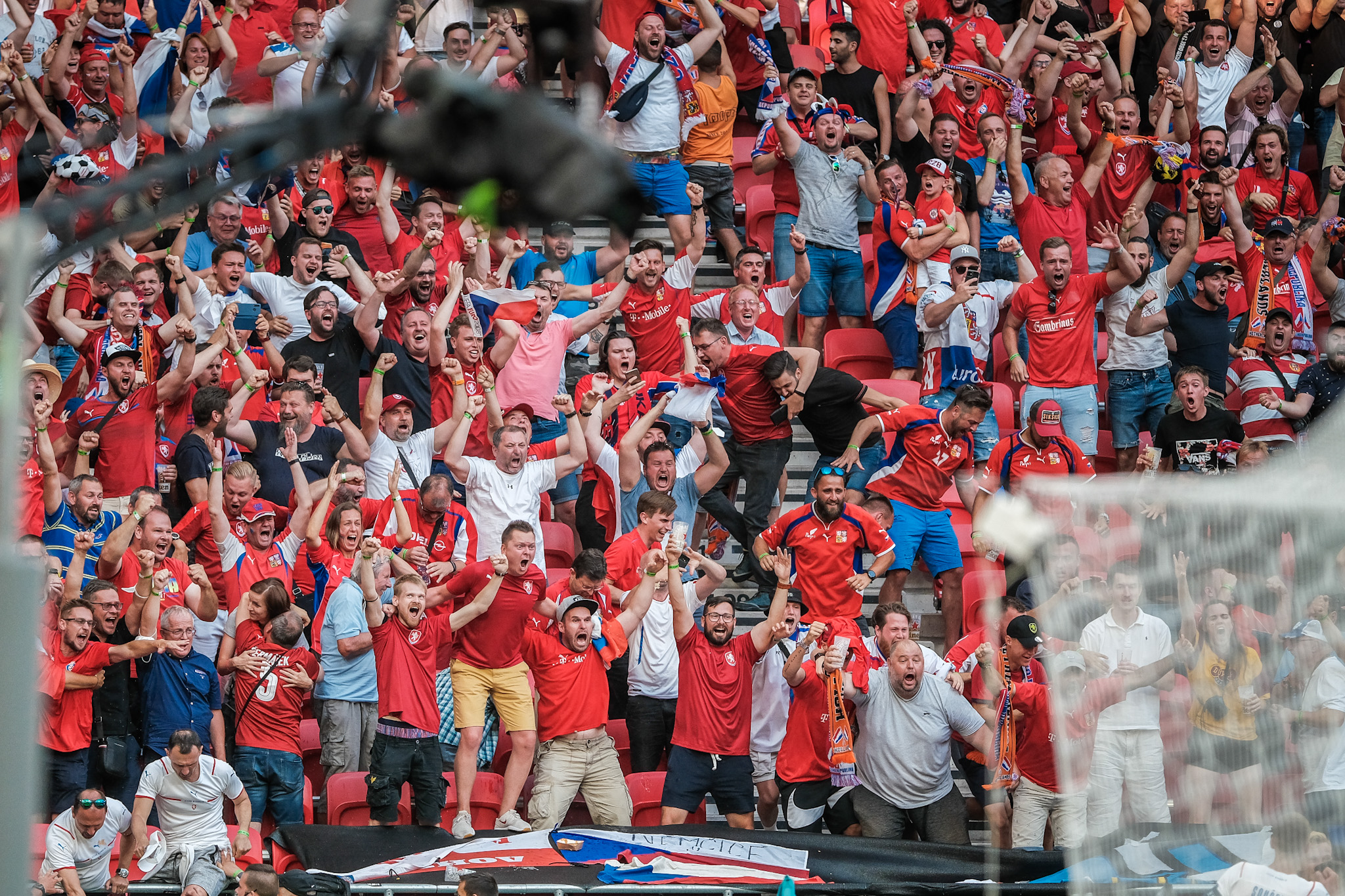