The reigning Coppa Italia winners wasted no time and getting this new look Romo winning team in Tip-Top shape ahead of the new season. After securing their top Target with Juventus owned Benedetta Glionna, who spent last season on loan with Empoli scoring 15 goals last season, she was Roma’s top Target of this Mercato; the deal was completed several weeks ago as Roma now continue to expand and handle their other business. Roma has gone out and done that. Adding even more Firepower to a Roma attack that features Anna Serturini, Pamela Lazaro, and now Benedetta Glionna. With Roma’s first signing, they go for a young stud with a huge ceiling that will help this Roma team right away and continue to grow as a young player in this league. Roma follows that up by adding another attacker to this Roma team, getting them incredible depth, now adding experience into their attack with Valeria Pirone arriving from sassuolo, yet another player that was among one of the top scorers in the league last season. Roma also continues it to beef up their defense as they nap another player from Empoli as New Roma coach Spagna has poached his former side twice in the opening months of the transfer window, this time getting his hands on his captain Lucia Di Guglielmo a young Defender with great leadership qualities as Roma add another component to their defense. After bringing in Elena Linari from Bordeaux in January, Roma became much more intact and strong defensively; even though she missed the penalty in the Coppa Italia final, it doesn’t matter because Roma still was able to win, but her influence in the team was incredibly influential now Roma add another high-quality Defender to make the backline even stronger. Roma starts the Mercato with a young Superstar ready to unleash with this super talented Roma attack. Roma adds an experienced Striker and then adds a young Defender with leadership qualities. Roma continues to put themselves in a position to make some real noise next season. 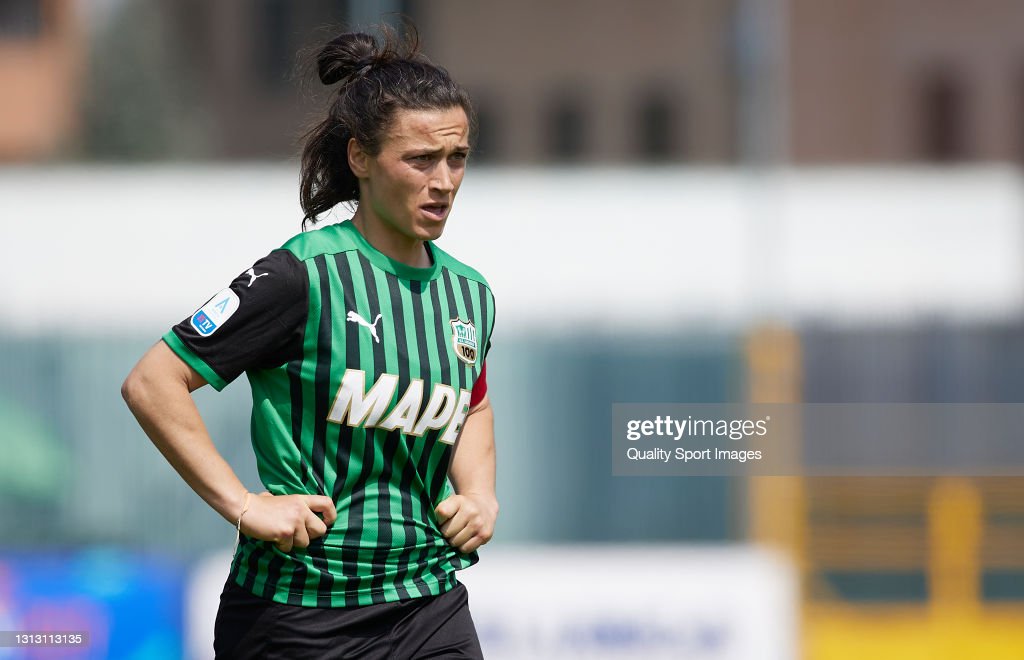 Valeria Pirone is the definition of a journeywoman in Italian football. She has bounced around throughout several different teams having to deal with many various clubs with many different environments; this Roma move is just another step in the right direction for a potent goal scorer like Valeria. she started her career in Naples playing for Napoli in 2006 to 2014 making 200 appearances for the club. She went on to play for RES Roma, which was Roma before it became the official club. She spent one year in the capital before leaving to play Champions League football with Hellas Verona; she scored 11 goals in that campaign, including two in the Champions League. Then went on to play for Atalanta, Chievo Verona, Hellas Verona again, and then sassuolo last season, scoring in the game against Roma to open the season. She has been around the block and is one of the most respected center-forwards in Italian football; she has gone through so many different types of experience, from European football to playing in the second-tier, gaining promotion, and so on and so forth. Numbers may not mean everything, and I certainly don’t the base quality of statistics, but she has scored 90 goals in 206 games, a very potent record; she comes into this Roma team and will gain respect from her teammates immediately considering what she has already achieved and what she has done at the top level. she’s a very demanding player that expects a high level of concentration and work rate this attitude and personality will only rub off on this fellow attackers that this trauma team has at the moment this Romiti has a collection of three simply outstanding super talented attackers that have proven their worth at the top level her just being in the locker room will make all of them better players while still keeping them accountable throughout the season you have a leader in the Roma Frontline that could be very influential during this upcoming season. Valeria is a very versatile forward that can contribute in a multitude of ways. Very strong physically with having The Knack of clinical finishing in front of goal, something that Roma has had issues with last season. She is very effective both in the ground and through the air; she is a proven goalscorer in this league, very skillful, and can do so many wondrous things. Defenders cannot take a minute off because of her overall build and skill set. She may only be five foot three, but she plays big; she is a gladiator and a warrior that will give everything she has for 90 minutes; her experiences, both high and low, will make a big impact on this very talented attacking setup that Roma now have with four different players that are capable goalscorers. As far as Roma’s striking options, all four scored at least 10 goals last season, it gives Spagna a lot of options when it comes to the attack. It will be fascinating to see how they handle this; one of these girls will definitely be used as a super-sub; it’s unclear who that will be because of how talented the Roma attack is right now. Anna Serturini is the team’s best player, and he’s a shoo-in to start whether Valeria starts or not; she will find a way to be influential in this team and certainly is a finisher in front of goal consistently, which could largely help Pamola Lazaro with her struggles in front of goal despite finding the back of the net pretty regularly she did find inconsistency in front of goal with Valeria now in Rome it will take the level up of not only Lazaro but the entire attack as a whole. Fantastic business from Roma, who on paper probably already have the best attack in the league if they all come together and can figure out chemistry; they have the attacking Firepower to put real pressure on Juventus. She comes with experience leadership and incredible ability; this is exactly what Roma needs. This move makes losing Lindsay Thomas not look as big of a loss as it seemed a couple of weeks ago. 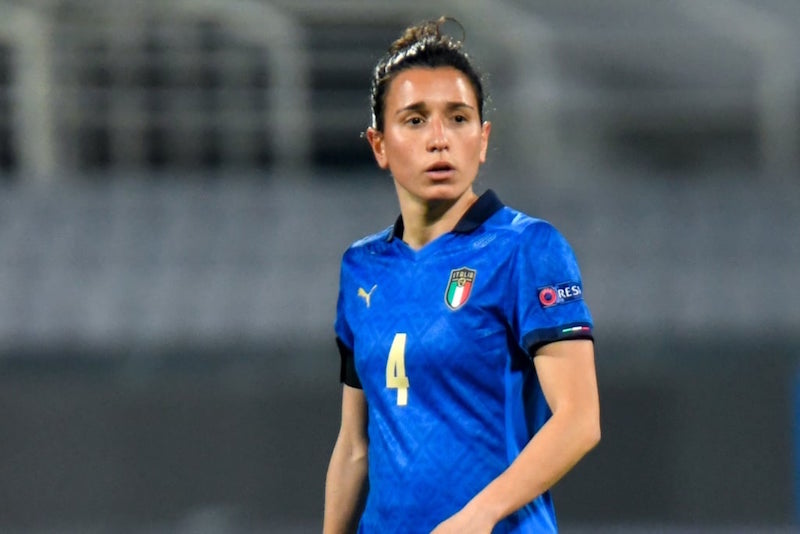 Valeria joining Roma gives them a considerable advantage in the attack, both in the mental and physical parts of the game. It is no doubt a massive signing and vital. Still, you could argue that the biggest deal struck for Roma during the transfer window is Lucia Di Guglielmo, one of the most versatile and complete Defenders in women’s football; she is among the best. She does a lot of things exceptionally well, both in the attack and defensively. She is a right-back by trade; she will fit in very nicely on the right flank. she has the movement, intelligence, and athleticism to contribute to the attack while at the same time being a brick wall defensively. It’s not just a natural thing that she does her incredible movement the way she’s able to control the game based on her passing ability and to get into the right position; the most impressive thing about her game is the fact that she doesn’t back down from any challenge. She is not very tall; she’s quite a tiny player but doesn’t shy away from the physical side of the game. Roma now potentially has a weapon that can operate both in the attack and the defense, which gives them many options the way they can play. Roma’s defense drastically improved when Elena Linari came in January defensively; Roma became much sharper, and Elena Roma has Allyson Swaby, who is extremely physically strong, very tall, and Powerful. Roma also has Angelica Soffia a very young player who reads the game exceptionally well, has a high motor, and a high level of intelligence; this signing makes Roma’s backline very tough. Di Guglielmo also brings leadership intangibles, having been captain of Empoli. she fits the bill for it Roma defensively last season someone 80% of her challenges completed 73% of her passes and is a complete player as of right back with extreme versatility that will help this Roma team immensely next season.