Salernitana has had an incredible story over the last 23 years, ultimately getting to the top of Italian football once again. They went from the fourth tier in Italian football to the top following their promotion from Serie B last season. They should add a different type of element to this upcoming season. However, I fear it will be complicated for them. For many years I have had three specific ingredients needed for a newly-promoted team to survive relegation. Having an attacker on the roster that has the possibility of scoring between 12-20 goals. Having a defense and a backline that can deal with some of the big teams, especially when trying to get points in crucial parts of the season, and a part of the Midfield that can do a reasonable job of setting the pace weekend and week out. As beautiful as this story is, the club does not have these ingredients, and for that reason, I do think they will be relegated this upcoming season. They did have a top-three scorer in the league last season in Serie B, but I do not put a lot of steak in a 35-year-old to carry the weight and what will be a much more difficult season against the best. Their transfer business has not been that impressive either most of their deals have been free transfers; the financial stability that they have doesn’t allow them to spend a lot of money, but they could have gone about this a different way the one that kind of sticks out is Matteo Ruggeri who’s a young left-back joining on loan from Atalanta outside of that nothing is notable from their squad. Admittedly I don’t know too much about them or their team, so I could be harshly judging this roster based on what I see at face value. In fact, this will probably be the case with Valencia as well, but given what I’ve seen from this team, I think it will be tough for them even to survive the season now. I don’t believe they are going to be historically bad, but I don’t think they have the essential ingredients. It will ultimately be the difference in surviving the season. Last season Crotone had an incredible Striker who scored 21 Simy was one of the best strikers in 2021. They had an outstanding midfielder that at a time looks defensively; they weren’t great. Still, they had two of the three ingredients required and couldn’t stay up, making it extremely difficult for Salernitana to make it into next season. Unfortunately, I think they finished bottom. 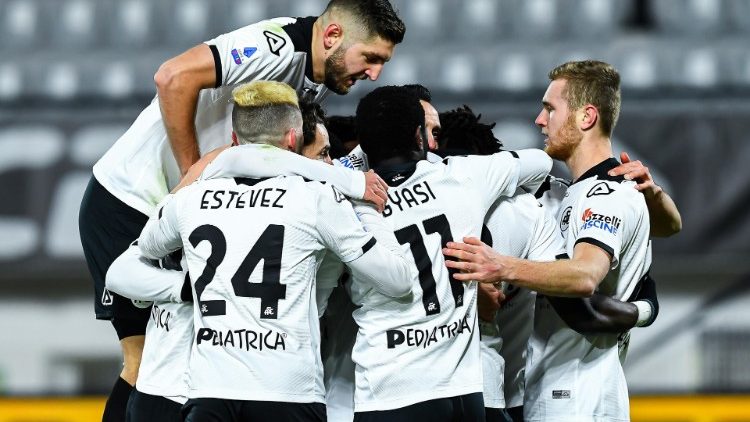 Spezia avoided the drop last season after being highly expected to be relegated at the start of the season. Not only did they avoid the drop, but there were also times they were hovering around mid-table. They had the requirements to stay up, and even though it became a little bit difficult in the end, they managed to do it. A big reason why was the loan deals that they had with AC Milan and Inter Milan. Pogoba and Lucien Agoumé both played crucial roles in the Midfield, making the job of the club much simpler. Two Absolute studs that were crucial in that Midfield having that aspect allowed them to be competitive in some big games against some top teams. Beating Napoli twice, for example. With the two dynamos in the Midfield, they also had Nzola, who scored 11 goals last season. There’s no doubt in my mind that he will score in the same ballpark again this season, but the fear is with this team is without that creativity in the Midfield, I’m not sure they’ll be able to handle this season have they been able to hold on to those two just for another season they definitely would have found a way the Breakthrough and extend their stay in the top of Italian football for one more season but without them think they’re really going to struggle. They’re not great defensively, or in goal for that matter, which means all the pressures on one guy deliver for them. He might be able to do this. They do still have Daniel Verde and some other pieces that may turn to be useful. Still, I have serious concerns surrounding the club for this upcoming season. I think this is a difficult one to call. Still, because of the lack of creativity in the Midfield the coach leaving among some other issues, I think they’re really going to struggle to survive.

Venezia ended up coming through and getting promoted after winning the playoff as they return to the Top Flight for the first time in a while. Of the three newly promoted teams, unfortunately, I have two of them being relegated. Venezia has a real shot at surviving this season under certain circumstances. They did a reasonable job putting the team together in the transfer market, and it could overshadow some of the missing things. They spent 4 million on a nineteen-year-old American Central midfielder Tanner Tessmann joining from FC Dallas. He joins Weston mckennie and Bryan Reynolds as former FC Dallas Players to be playing at the top of Italian football. It’s excellent, but I’m not sure it’s enough to keep them from the drop, but it’s a very strategic plan you get a young kid in who’s going to play regular minutes for this team; maybe he will hit the ground running with the young American. In addition to that, they got a loan for attacking midfielder Sigurdsson front cska Moscow, A defensive midfielder from Maccabi Tel Aviv, a loan deal for a Canadian teenager from Vancouver Whitecaps as a few other exciting moves. Now just because they were able to secure a few under-the-radar deals in the market doesn’t mean that this will lead to success or any of that nature. They did have one of the top scorers in Serie B last season as Francesco Forte scored 15 goals; the 26-year-old will probably be the primary goal scorer for the club. The question is whether or not he can get to 15 goals; if he can, they will have a shot at survival. They still do not have a particularly great team, but their goalkeeper could be one of their bright spots this season. Luca Lezzarini had nine clean sheets in the second division last year. I’ve seen him play, and he’s definitely got the ability to keep things close and vital games. I do reckon, though, that Empoli and Torino, despite not being all that good, have a slight edge over the newly-promoted side. I’m not saying it’s a certainty that they’re going to go down; I actually think they have a reasonable chance to survive a season where I don’t believe that with the other two teams that are going down on my list, but as things stand I can be other teams that will be surviving for relegation have more ingredients for survival than Venezia does, but I’m not at all certain because I think this team could stay and surprises all I just don’t see it, but we’ll have to see.